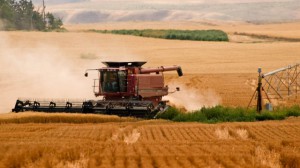 It might be flawed, but the Farm Bill waiting for President Obama’s signature can go far in helping to expand energy efficiency in rural communities. Flickr Creative Commons: Scott Butner

On Monday, the U.S. Senate passed the version of the Farm Bill sent to it by the House a week ago. The rare compromise by Congress ends a 17-month impasse and will support “the continued global leadership of our farmers and ranchers,” according to U.S. Department of Agriculture Secretary Tom Vilsack.

The bill designates funding over the next 10 years for farm subsidies, crop insurance, and nutrition and conservation programs. But it also contains lesser-known, and exceedingly important, programs to support energy efficiency in rural communities across the country.

Funding under the bill’s Energy Title — largely for biofuels, but also to support renewable energy and energy efficiency — only represents around $1 billion of the nearly $1 trillion bill. Still, energy efficiency advocates and groups such as the National Rural Electric Cooperative Association are celebrating the Farm Bill’s passage alongside farmers and the agricultural communities they serve.

“Cooperatives serve 93 percent of the nation’s ‘persistent poverty counties’ and see firsthand the need for the rural economic development programs contained in this bill,” NRECA CEO Jo Ann Emerson said in a statement on the association’s website.

For one, the bill authorizes the U.S. Department of Agriculture’s Rural Energy Savings Program to distribute up to $75 million in zero-interest loans for energy efficiency for each of the next five years.

The program is specifically intended to help rural co-ops create “on-bill financing” loan programs. Last year, we launched our Energy Savings for Appalachia program to shepherd the development and implementation of these programs in our region.

Through the Rural Energy Savings Program, co-ops can obtain federal dollars, which they can then pass on to their customers to invest in efficiency retrofits and updates. Borrowers will gradually pay loans back through charges on their electric bill that are less than their overall savings.

On-bill financing programs have proven successful in Kentucky, South Carolina, Kansas and other states, and co-ops have been advocating for a federal loan program for several years. In December 2013, the USDA announced its Energy Efficiency Conservation and Program, which did not require Congress’s approval.

Expectedly, not everyone is happy with the Farm Bill. Hunger groups are condemning cuts to foods stamps and changes in the eligibility requirements for food assistance programs. The notoriously picky meat industry is opposed to mandatory “country of origin labeling” rules, and too many to count are criticizing the way the bill overhauls farm subsidies.

“The farm bill isn’t perfect,” Obama said in a statement, “but on the whole, it will make a positive difference not only for the rural economies that grow America’s food, but for our nation.”

We know that energy efficiency can grow rural communities. So even though the Farm Bill may not be perfect, “a positive difference” and stable funding for efficiency programs mean a lot.