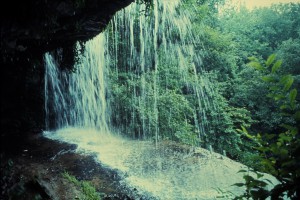 According to a recent report by Land for Tomorrow, 91 percent of residents in North Carolina and surrounding states believe it is “important” or “very important” to conserve and protect water and other natural resources. Additionally, a 2002 publication of the N.C. State Economist it was found that people are willing to pay more money in the form of travel expenses in order to enjoy higher levels of water quality. Based on an estimated 14.7 million water-related recreation trips each year by North Carolinians, annual economic savings from water improvements are estimated to be $11.9 million for the Neuse waterway, $14.7 million for Cape Fear improvements, and $6.5 for Tar-Pamlico. While protection of natural resources may sometimes be a divisive topic, residents of North Carolina share a common desire for clean water, with good reason. Clean water is good for the environment and the economy.

The benefits of clean water can also be understood by realizing the costs associated with water treatment. According to a report by the N.C. Division of Water Quality, costs to be considered include additional water treatment, developing new drinking water sources or providing emergency replacement water, public information campaigns when pollution incidents arouse public and media interest, and payment for consulting services and staff time. When Burlington, N.C., found contaminants in their source water that were not eliminated during treatment, city subsidies were used to eliminate it from source waters.

Perhaps a more important measurement of the economic benefits of clean water is the success of publicly funded solutions for addressing water pollution. The N.C. General Assembly established the North Carolina Clean Water Management Trust Fund in 1996 and its funding of resource conservation has strengthened the state’s economic vitality. According to a report by the Trust for Public Land, every dollar invested In the N.C. Clean Water Management Trust Fund returns four dollars to the state in the areas of drinking water protection, flood control, tourism and outdoor recreation.

The Clean Water Management Trust Fund has provided $11 million in grants to the Upper Neuse River Clean Water Initiative, which among other things has worked to secure water protection in Falls Lake, a major source of drinking water for the city of Raleigh. According to Executive Director Richard Rogers, “Water spurs our economy, it protects the health of our citizens, and it provides great recreational opportunities for those that live in the state and that come to visit the state.”

Legislation, policy, and publicly managed initiatives can protect healthy water systems for us all. It is important to value other policy initiatives, especially the Clean Water Act, understanding that a healthy economy relies on clean water.