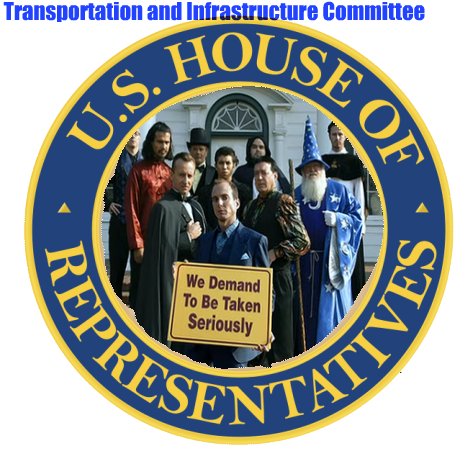 Water is perhaps the ultimate argument for federalism. It’s everywhere. It crosses every line. It’s in the air, it’s on the surface, it’s underground, it’s all around. Even many of the anti-science, reality denying cowards in Congress like Nick Rahall understand the basic fact that rivers don’t stop at a state line. But that doesn’t stop politicians from trying to “secede” from keeping America’s water clean. Yesterday, the House Transportation and Infrastructure Committee passed “The Clean Water Cooperative Federalism Act (HR 2018)“, an appalling bill that directly attempts to remove federal authority from regulating water, and attempts to – gulp! – “turn water authority back over to the states.”

Now, by this point in the 112th Congress it’s pretty obvious what they mean by “turn water authority back over to the states.” They mean: We need to streamline mountaintop removal coal mining permits while ignoring the human, ecologic, and aquatic damage that will result from these devastating operations.

Or, as their buddy Don Blankenship infamously said:

If any of you have been asked by your group presidents, your supervisors, engineers or anyone else to do anything other than run coal (i.e. — build overcasts, do construction jobs, or whatever) you need to ignore them and run coal. This memo is necessary only because we seem not to understand that coal pays the bills.

Ignore the costs. Ignore the damage. Ignore the sickness, death, and destruction, and STREAMLINE THOSE PERMITS!

Maybe it was too much to ask that Rahall and the coal lobby’s stupid and dangerous position against clean water would reach its limit when they successfully restricted the hydrosphere to waterbodies big enough to operate a schooner. But as of yesterday we’ve entered a whole new anti-water world. And, as many Members in the Committee noted, this is the closest we have come to overturning the Clean Water Act since its inception in 1972 when major river systems were catching on fire.

Impacted residents from Appalachia packed the Water Resources Subcommittee twice already this year when one-sided hearings on streamlining mountaintop removal permits were held. By foregoing a hearing, skipping the subcommittee, announcing it late, and going straight to a markup, Rahall and his anti-water colleagues in Congress were making sure to avoid such an inconvenient show of democracy.

The bill caused an uproar not only for the way it was brought up for a vote, but for its noxious and dangerous content.

This legislation threatens us to… return us to the days we we could not allow our children to swim in the local lake or ocean.

Steve Cohen of Tennessee, whose district border IS the ever-changing Mississippi River:

This bill essentially takes us back to 1971, [before the Clean Water Act was passed].

This bill basically undoes the Clean Water Act in all meaningful situations.

Congressman Mike Capuano of Massachusetts was even more plain. He spoke eloquently of the millions of dollars of state money that Massachusetts has spent to keep its water clean. All of which would be threatened if neighboring states no longer had to follow the Clean Water Act. The Congressman said:

If we can build a barrier to keep water from other states flowing into our state, give us some federal money to do it. Don’t make it so we have to suffer from what you do.

What would the Clean Water Cooperative Federalism Act mean for Appalachia? Well, as we said, the Clean Water Cooperative Federalism Act would gut the Clean Water Act by making states, rather than the EPA, the ultimate arbiter of water quality standards in the nation’s waters. In states where mountaintop removal coal mining is practiced, this would be a disaster in light of the states’ records on permitting and enforcement. In Kentucky and West Virginia, companies commit tens of thousands of violations of water quality standards that go unnoticed and unpunished every year by state regulators. Without EPA oversight, there would be no protections for communities or the environment.

Under the Clean Water Cooperative Federalism Act, the current uniform national standards for water quality would be replaced by a patchwork of state standards driven downward by industry pressure on captured regulators to improve corporate bottom lines rather than protect health.

Each state would be able to refuse to implement standards for toxic pollutants that the scientific community has agreed were necessary to protect health and the environment. (CWCFA Section 2(a).) In states where mountaintop removal coal mining occurs, this legislation would allow legislatures and executive agencies beholden to the coal industry to refuse to implement improved water quality standards for selenium, for example, despite the substantial evidence developed since EPA first issued selenium standards that selenium accumulates and causes reproductive deformities in fish and other animals and puts human health at risk by making fish and water unsafe for human consumption. (cite.)

The legislation would make states, not the EPA, the final arbiters of whether an NPDES permit or a fill permit met the requirements of the Clean Water Act. EPA would be prevented from overriding state NPDES permits issued under guidelines established before more recent scientific studies showed the older standards to be inadequate. (CWCFA section 2(b).) EPA no longer would be able to object to a state NPDES permits on the ground that EPA determined that the proposed permit violates the state’s own water quality standard. (CWCFA Section 2(d).) EPA also would be prevented from overriding fill permits even when EPA determined that the fills would have an unacceptable adverse effect on water resources. (CWCFA section 3(a).)

The legislation also includes a provision designed to make decisions to deny permits more likely to be overturned in court in litigation brought by permit applicants. It reduces the time that the EPA and U.S. Fish and Wildlife Service have to review and comment on proposed fill permits, which in mountaintop removal coal mines typically propose several miles of valley fills, to 30 days. (CWCFA Section 2(c).) States would be allowed to opt out of implementing federal water quality standards. As a result, downstream communities in other states would have no say, but would nevertheless be affected.

The battle will now go to the Senate, where this bill should be laughed right off the table. You can never be too careful these days. Please take a moment to contact your Representative and ask them to oppose this dangerous bill.

Stay tuned. We’ll have much more soon on the recent study showing a link between mountaintop removal and birth defects.

Many thanks to Mr. John Humphrey for his expert help in getting this post together!