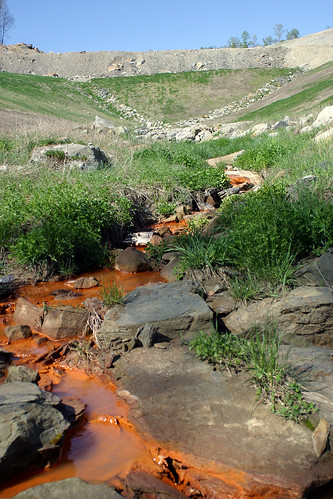 Last Friday the State of Kentucky announced that they had negotiated a $660,000 settlement with three coal companies over 2,765 water quality related violations at 103 coal mining operations in Kentucky. Based on a recent analysis by Appalachian Water Watch team, however, the state’s investigations may not have dug deeply enough.

The long list of violations for which the state did cite coal companies included:

As the office of Governor Beshear announced on Friday, the state initiated its action in response to a 60-day Notice of Intent to Sue (NOI) against three coal companies – ICG Knott County, ICG Hazard, and Frasure Creek Mining – submitted by Appalachian Voices, Kentuckians for the Commonwealth, Kentucky Riverkeeper and Waterkeeper Alliance on October 7th. The NOIs detailed numerous examples of the three companies exceeding pollution discharge limits in their permits, consistently failing to conduct the required monitoring of their discharges and, in many cases, submitting false monitoring data to the state agencies.

Appalachian Voices and allies were generally pleased that the state’s investigations confirmed our allegations that mining companies in Kentucky have been irresponsibly monitoring and failing to accurately report their harmful discharges into rivers of the state. But what the state did not hold the companies liable for, indeed attributed to clerical errors, were allegations in the NOI of “falsifying the required monitoring data.” Specifically, the NOIs demonstrated that on many occasions, companies submitted duplicate monitoring reports in which only the dates on the forms were changed. As the Appalachia Water Watch team reported in October:

“The claims brought today may just be the tip of the iceberg when it comes to irresponsible mining reporting practices and a failure in the state’s monitoring program. A recent trip to Kentucky’s Division of Mine Reclamation and Enforcement regional offices by Appalachian Voices’ Waterkeeper found stack after stack of discharge monitoring reports (DMRs) from more than 60 coal mines and processing facilities covered in dust on the desks of mine inspectors’ secretaries. They did not appear to have been evaluated for compliance by the regulators for more than three years. A sampling of the reports showed hundreds of repeated violations by coal mine operators in the state.”

Below is one example of the type of duplicated report that was attributed to clerical errors by the state.

Whether or not these duplicates could reasonably be attributed to clerical errors, a recent analysis by Appalachian Voices’ Water Watch team of these exact same DMRs presents a picture that, well, let’s just say leaves companies and state enforcement officials with a lot more explaining to do.

The Water Watch team found that specific conductivity measurements that were reported in monthly discharge monitoring reports (DMRs) following the April 1st announcement of the EPA’s new guidance on the permitting of surface mines in Appalachia showed a remarkable drop from levels reported before the EPA announcement. The graphs below show monthly conductivity measurements that were submitted to the state since they were first reported in fourth quarter of 2009. It is particularly notable that all of the 2010 measurements were reported after EPA’s April 1st announcement of the new guidance because the reports were submitted several weeks after the end of each quarter (click to expand):

As can be seen in the chart, even the highest maximum conductivity levels reported in 2010 are lower than even the lowest levels reported in 2009 (while the reporting forms changed between 2009 and 2010, the values plotted represent individual monthly values from a single reported grab sample in 2009 and the reported maximum value from multiple monthly grab samples in 2010). There is simply no natural explanation for this difference.

To make matters even worse for coal companies and the state, the Appalachia Water Watch team uncovered additional evidence of false or fraudulent reporting of DMR data. The team conducted a “forensic” analysis of conductivity measurements reported in DMRs for these same companies to detect whether there was evidence of any tampering of numbers. In brief, the analysis relies on the fact that, in a typical dataset, each digit from 0 to 9 should be the final digit in the reported number roughly ten percent of the time. However, humans are almost never able to generate a set of random numbers, as our minds tend to favor some numbers over others. As stated in a classic paper on this issue by Jaroslav Mohapl in the journal Environmental Monitoring and Assessment:

“… under normal conditions, the last digits of the observed data can usually be considered as uniformly distributed random numbers. Failures or deliberate changes in the observation mechanism can be detected if particular digits occur more frequently than the others.”

Below are the results of this “forensic” analysis for the three companies:

The enormous departure from a uniform distribution of final digits in conductivity measurements shown in two of these graphs raise serious concerns about the accuracy and reliability of these companies’ reporting — above and beyond the picture presented by the state of bumbling contractors who failed to meet the expectations of companies.

Appalachian Voices and our allies have not yet made any accusations of intentional fraud based on this analysis of reported conductivity levels, but we are publishing these results now because they are a crucial piece of the puzzle for understanding the recent actions by the state of Kentucky. Moreover, as Appalachian Voices and the Waterkeeper Alliance recently said in our comments on EPA’s guidance, the effectiveness of any action taken by the EPA will be seriously compromised (if not entirely undermined) if failures in the oversight of companies’ self-reporting of water quality are not corrected.