After years of decline, the crippling disease is rebounding, worse than before

“There is an epidemic here in Southwest Virginia, in Eastern Kentucky, in Southern West Virginia,” says Ron Carson, director of the Black Lung Program at Virginia’s Stone Mountain Health Services. “Miners are getting sicker and dying at a much younger age. A lot of people are going to be shocked when they see the numbers.” 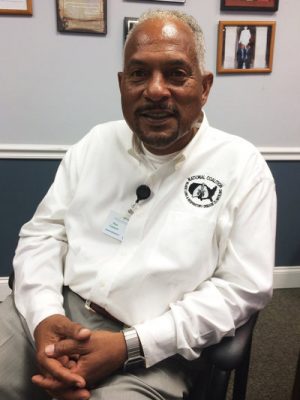 Carson has been working with researchers from the National Institute for Occupational Safety and Health to put hard numbers to this deadly resurgence, and he says they have been astounded by the number of cases Carson’s clinic is seeing of progressive massive fibrosis cases, the most serious form of black lung disease.


In a report from similar research released last December, NIOSH researchers found a cluster of 60 such cases from one Eastern Kentucky radiology practice over a nine-month period — three times the number of cases the national Coal Workers’ Health Surveillance Program found from 2011 to 2016.

Around the same time the NIOSH report was released, an NPR investigation by Howard Berkes aired that identified more than 1,000 cases of progressive massive fibrosis during the past decade — 10 times the number officially recognized by the federal government.

Complicated black lung is debilitating in the extreme, Carson says. “Some young miners come in to this clinic in wheelchairs because they don’t have enough breath to walk,” he says. “We have miners at age 28 with eight years of exposure to coal dust waiting for a lung transplant.”

Progressive massive fibrosis, like other forms of black lung disease, cannot be cured and is eventually fatal. Carson says the clinic focuses on easing the miners’ suffering. “We make every effort to give them a better quality of life,” he says. “Therapists do pulmonary rehab and work on patient education. They talk to them about winterizing their lungs — cold air has drastic effects on this condition.” 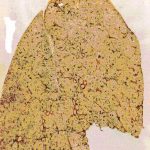 “Black lung is not going away,” she says. “It is an ugly disease. It’s heart-breaking to watch a miner struggle just to breathe. The clinic’s helping black lung patients use medicine, dietary recommendations and exercise to improve their quality of life as much as possible.”

The cause of the resurgence, after the massive decline that followed passage of the Coal Mine Health and Safety Act in 1969, isn’t clear, though there seems to be some consensus that it’s partially related to the thinner coal seams being mined these days in Appalachia. 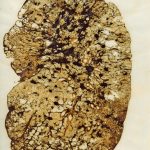 Carson agrees. “Some say all the easy coal is gone,” he says. “There’s a lot of rock and silicate now that you have to remove to get to the coal,” he says. “Another thought is that the longer working hours and the type of machinery that’s mining the coal produces much finer particles that respirators just don’t capture.”

Some wonder whether the decline of union mining is playing a role. Chuck Nelson, a retired miner with 30 years of experience, says the emphasis in non-union mines is on running coal, not worrying about coal dust or ventilation. “I know you heard how [non-union] Massey runs coal,” says Nelson, who worked for Massey for seven years. “It was so dusty, I couldn’t see. I had to turn the cap light off because all that dust just reflected light back in my eyes. That’s the way they mined coal after Massey dissolved the union.”

Carson acknowledged that the clinic sees a lot more non-union miners now, and said he has heard from miners that union mines did more to address dust retention. “I can only rely on what miners tell us,” he says. “There must be some validity to it because you hear it so often: We have regulations in place, but those regulations are not being enforced.” 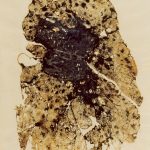 Carson says miners have told him that more is done when federal or state mining inspectors are on the scene. “Miners will tell you that when they go in, they have three cuts to finish on their shift. They don’t have time to hang up the curtains to rechannel the air. But let a mining inspector come on board, and everything is all white from the lime used to keep the dust down. The water is on the sprinklers on the head of the cutting machine. But when the inspector leaves, it’s all back to normal. It’s all about production. That’s what miners tell us.”

In 2014, the U.S. Mine Safety and Health Administration enacted tougher dust rules, lowering the concentrations of coal dust allowed in mines over the next several years. It will take time to see if those regulations are effective and enforceable — and if they will lower the incidence of black lung.

In the meantime, the Affordable Care Act, also known as Obamacare, included amendments offered by Sen. Robert C. Byrd, D-W.V., that make it easier for coal miners to get black lung benefits — and to ensure their survivors continue to receive benefits after they die without having to prove their death was caused by black lung.

“The Byrd Amendments shifted the burden of proof from the miner,” Hutchison says. “Coal companies have to prove that mining didn’t cause the black lung. In the past, coal company lawyers could shop around and find doctors who would say miners were disabled, but not because of black lung.”

Jackson & Kelly, a prominent West Virginia law firm, came under scrutiny for withholding evidence of black lung in miners to help coal companies avoid paying for benefits. In a Pulitzer Prize-winning investigation in 2013, the Center for Public Integrity found that Jackson & Kelly routinely employed such cutthroat tactics for decades.

Thanks to the Byrd Amendments, miners disabled by black lung only have to prove they have worked in the mines for 15 years to win benefits. Black lung advocates are concerned that the Byrd Amendments might become collateral damage in the Republican Obamacare repeal efforts, though many Republican lawmakers said they wanted to preserve those benefits regardless of Obamacare’s fate. 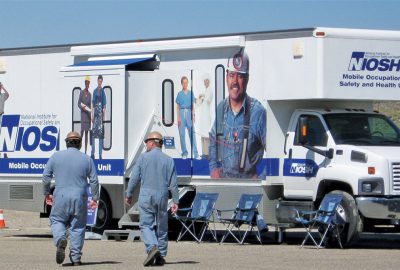 Miners walk to a mobile health screening unit operated by the National Institute for Occupational Safety and Health. Photo courtesy of CDC-NIOSH

Advocates say it’s also important for Congress to increase funding for black lung clinics in light of the increasing numbers of severe black lung cases. “These clinics around the country are all funded by grants,” Carson says. “The funding has been level for the past five or six years. We’re finding bipartisan support for a funding increase.”

The Black Lung Benefits Reform Act of 1977 authorized up to $10 million for the Federal Black Lung Program, but actual funding has been less than that for years. In June, a group of Democratic Senators sent a letter to the heads of the Senate Appropriations Subcommittee on Labor, Health and Human Services, and Education to request full funding.