Pictures don’t do it justice, and neither would a pipeline

I recently spent a couple of weekends exploring around Big Bartons Creek in Charlotte, Tennessee, with other biologists and nature lovers to see what kinds of plants and animals the area supports. I was amazed at all the diversity we found, and it really hit home how special this part of Tennessee is.

During a creek survey led by the Center of Excellence for Field Biology at Austin Peay State University, we found numerous species of fishes: smallmouth bass, chubs, hogsuckers, minnows, madtoms and darters — just to name a few. We also found four species of crayfishes, including one that we think is new to science! We are awaiting the results of a DNA analysis before this becomes official and we can give the new crayfish species a name. 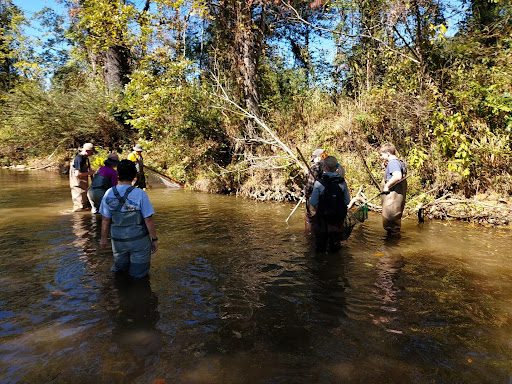 Ichthyologists and students from the Center of Excellence for Field Biology at Austin Peay State University conducting a creek survey in Dickson County, Tennessee. Photo by Angela Mummaw

All of the abundant natural beauty and wildlife we observed could be threatened if gas giant Kinder Morgan has its way. The company wants to construct a 32-mile pipeline to carry fracked gas through three counties in middle Tennessee. The proposed project would cut a path through more than 130 wetlands and streams. The bedrock along the route is karst limestone, which is highly erodible and contains many cracks and fissures. Disturbance from pipeline construction could cause creeks to reroute or even go underground, making them inaccessible to the public, wildlife and livestock that currently rely on that water. 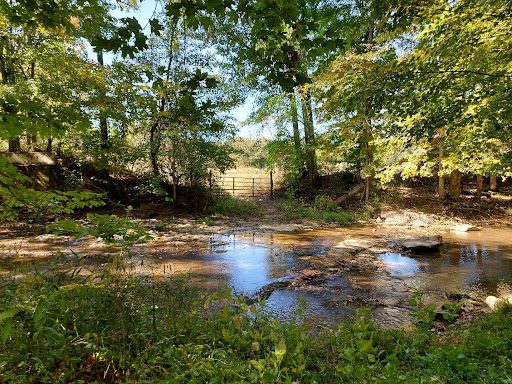 This beautiful creek would be crossed twice by the proposed pipeline. With its karst bedrock, drilling or blasting could cause the creek to go underground, making it inaccessible to all. Photo by Angela Mummaw

The proposed pipeline project could also present threats to drinking water, recreation and aquatic life in the region. The immediate disturbance from construction, the resulting sedimentation or a spill could affect access to clean water in an area where many rural residents rely on well or spring water and cannot switch to an alternate supply in the event of contamination.

The construction of a pipeline also threatens several watersheds and aquatic ecosystems that are habitats, water resources and hunting grounds for hundreds of plant and animal species, including endangered freshwater mussels that are highly susceptible to sedimentation and poor water quality since they are filter feeders that lay immobile on the bottom of the water and randomly strain food particles or small organisms through their specialized feeding structures. Disturbances that cause turbidity, pollution or light reduction greatly impede their ability to feed through filtration. 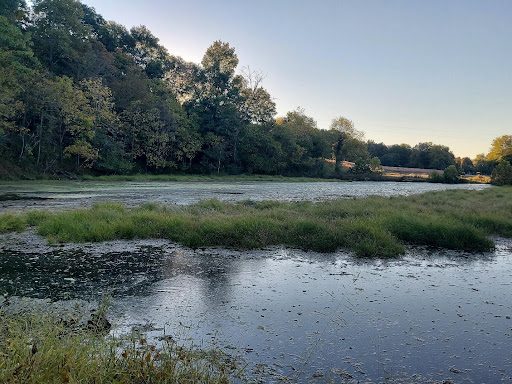 The proposed pipeline would threaten more than 130 wetlands and streams, such as this serene marshland in Dickson County, Tennessee, that supports a high diversity of plant and animal species. Photo by Angela Mummaw

The majority of the 32-mile proposed pipeline would cross through Dickson County, Tennessee, where, according to Tennessee’s Department of Environment and Conservation, there are 26 rare or endangered species of plants and animals. The department also lists seven at-risk species for Houston County and 36 for Stewart County. Some of these include the golden eagle, little blue heron, gray bat, Indiana bat, Price’s potato bean, hellbender and the alligator snapping turtle.

There are many other reasons we should protect this land from a gas buildout. The proposed pipeline would only be about one mile away from cultural sites in our region like the Promise Land Heritage area and the historic Cumberland Furnace community — areas that are home to more than 20 historic sites, including churches, schoolhouses, cabins, a commissary and even a train depot. There are also several Century Farms that are directly in the route of the pipeline. Kinder Morgan’s plans would place numerous historical lands and homes within the impact zone or evacuation zone of the methane gas pipeline, leaving them vulnerable to leaks and deadly explosions. 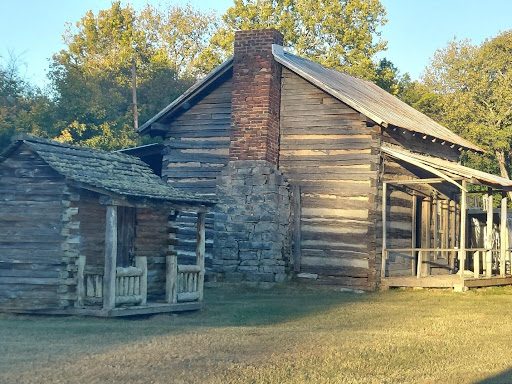 One of many historic homesteads near the pipeline route in Dickson County, Tennessee. Photo by Angela Mummaw

Many residents and businesses along the pipeline route, such as the Highland Rim Headstart preschool and the Houston County Jail, would be exposed to risks of leaks, explosions and pollution since they are located within the impact zone of the methane gas pipeline. The pipeline will run through rural areas that are a great distance from local fire departments, leaving many folks more vulnerable should an explosion occur.

The proposed pipeline will only be necessary if the Tennessee Valley Authority decides to replace the coal-burning Cumberland City Fossil Plant with two methane-fired units — a gas buildout that would force the Cumberland City community to endure more water and air pollutants, while only providing a fraction of the long-term jobs that clean energy alternatives could provide. In addition, reliance on fracked gas could further increase the energy burden on low-income residents, not only in Cumberland City, but throughout the Tennessee Valley. TVA has already increased electricity bills significantly this year — that trend would continue if the gas buildout is approved, leaving the community burdened with increased pollution, fewer jobs and higher electric bills.

The pipeline project would only supply gas to the Cumberland City Fossil Plant, which TVA wants to replace with gas-fired units, even though the U.S. Environmental Protection Agency has raised serious concerns about TVA’s proposal. Installing a methane gas pipeline and constructing two gas-fired units is a step in the wrong direction when we should be making considerable strides to combat the climate crisis. Trading one fossil fuel for another does not make sense, especially when methane is 80 times more potent a greenhouse gas than carbon dioxide.

There are other clean and renewable options to consider that are sustainable, safer and more environmentally friendly. With readily available clean energy replacements for the Cumberland City Plant, a new pipeline is unnecessary.

If you want to get involved in stopping this harmful pipeline proposal, contact Angie Mummaw at angie@appvoices.org.