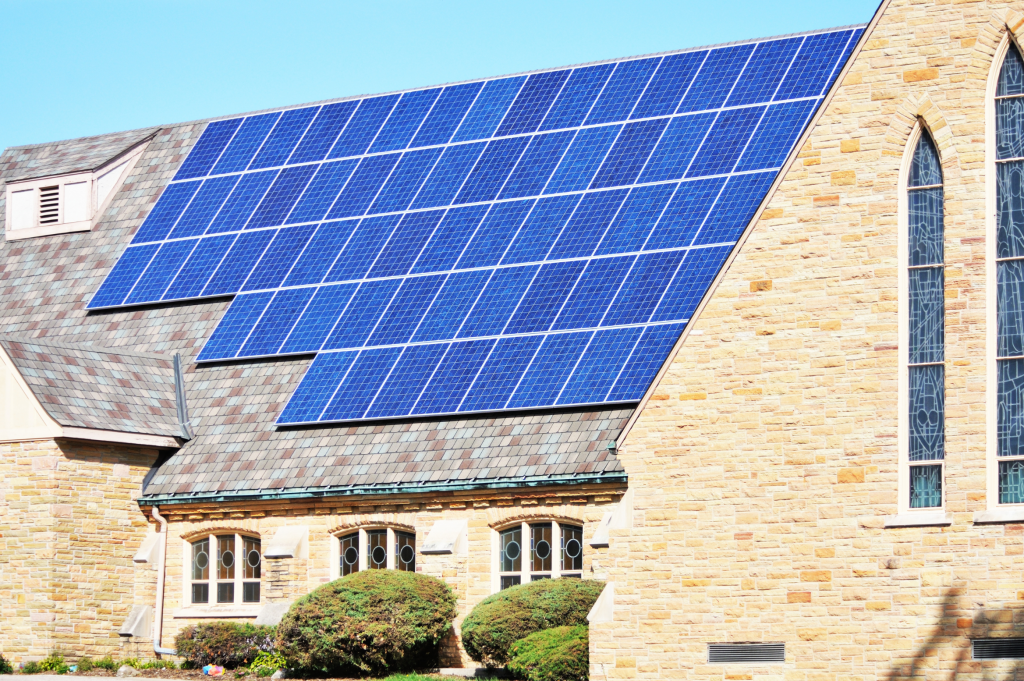 On July 28, Appalachian Voices partnered with the Appalachian Solar Finance Fund, Volt Energy Utility and St. Paul Lutheran Church to present a webinar to specifically encourage places of faith to make the switch to solar energy.

I hosted the webinar as part of my work as an Appalachian Voices summer intern, which focused on an initiative to encourage communities of faith to make the switch to solar energy. I coordinated with a group of different stakeholders across the corporate and nonprofit sectors.

This work is important to me because I believe places of worship have the ability to play a pivotal role in making our world more sustainable. They can be role models for their congregants, inspiring us all to take better care of our planet.

The webinar started with a brief introduction and short bios, followed by an introduction to solar energy. To introduce participants to the science behind solar, Long showed a Ted-Ed video titled, “How do solar panels work?” by Richard Khomp. Following the general explanation of solar energy, Long explained to attendees how solar energy is valued. This occurs through a process known as net metering.

“Net metering policies allow solar owners to share the excess electricity their solar panels produce with the local electricity distribution system, and require that their utility compensate them for that energy with a 1:1 retail-rate credit on their electric bill,” Long said. Through net metering, solar panel owners can greatly reduce the amount of energy they are consuming from utility companies.

Unfortunately, net metering is not calculated the same in every state, and the value of net metering credits can vary depending on where one lives. 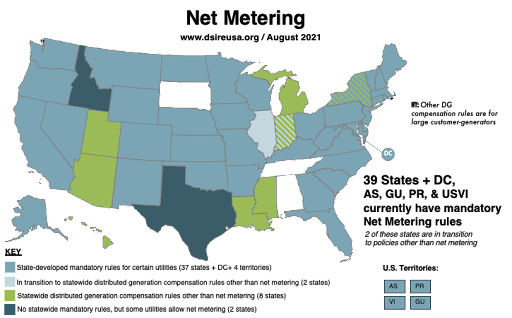 The Federal Investment Tax Credit is a financing mechanism offered to residential and commercial solar owners. However, this tax credit is only offered to those who pay income taxes, which means nonprofits like places of worship are not eligible for this benefit. This is where other financial options such the Appalachian Solar Finance Fund and Power Purchase Agreements come in. 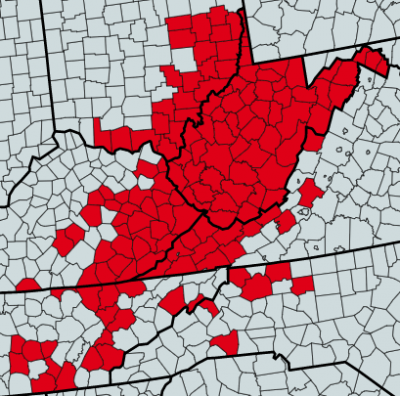 Coal-impacted counties in Appalachia that are eligible for the Solar Finance Fund.

During the webinar, attendees were also provided with a step-by-step breakdown of how the application process for the Solar Finance Fund works.

Following Long’s presentation, Campbell introduced our audience to the work that the company he co-founded, Volt Energy, has done with churches in the D.C. area. The first church project that they did was on the roof of the Florida Avenue Baptist Church in Washington, D.C., in 2011.

As the first African-American church to be powered by solar, the Florida Avenue Baptist Church quickly gained national attention. Articles were written by publications such as The Washington Post, Essence Magazine and National Geographic about the significance of this occasion.

Gilbert said what sparked his interest in helping a historically African-American church switch to solar energy was his belief in churches acting as resilience centers for the communities that they serve. Not only did his work include installing and managing the solar project, but his team also assisted in teaching the church about energy efficiency and sustainability. This education plan included teaching church members how to effectively read utility bills, as well as teaching the youth of the church the science behind how light from the sun is converted to energy for the church to use.

Setley, head pastor of St. Paul Lutheran Church in Morgantown, West Virginia, was the final speaker. Setley opened by sharing the main reason why his congregation made the decision to go solar this year: Because a theological point of emphasis for his church is “to be concerned about God’s creations.” After doing research into green ministry, St. Paul Lutheran Church spearheaded some initiatives to care for the Earth, including community clean-ups and recycling. However, they wanted to do more.

Because the church was built in the mid-20th century, it would cost the church upwards of six figures to pay for major energy efficiency updates. Going solar was a more affordable way for the church to engage in political and environmental action. With help from the Appalachian Solar Finance Fund, they were able to do “something that would have a big payoff” in reducing their carbon footprint, as well as helping them to save money overall, Setley said.

The webinar concluded with a brief question-and-answer segment, followed by closing remarks from the speakers. If you would like more information about the webinar, or how your house of worship can make the switch to solar, visit solarfinancefund.org or contact Long at autumn.long@appvoices.org!

Watch the webinar to learn more about how faith communities can go solar!