Planning ahead for a bright future in Virginia

Utility-scale solar is important, but presents a number of challenges to overcome 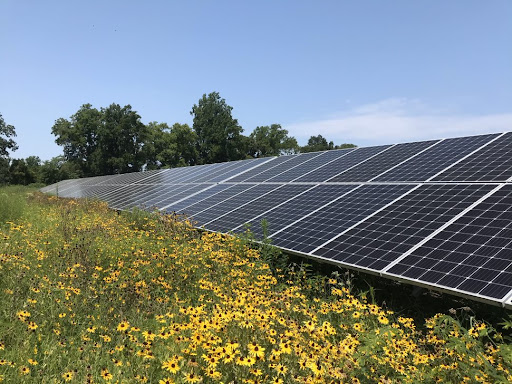 Thanks to the 2020 Virginia Clean Economy Act (aka the VCEA), the commonwealth is on track to develop more than 16,000 megawatts of new clean energy projects by 2050, and much of that will include large-scale solar projects (enough to power 1.7 million homes!). There are currently 51 such installations in the state (with more planned).

Utility-scale solar is distinguished from other solar power plants by two primary factors: the size of the facility and the destination for the power it produces. Utility-scale solar projects are typically 2 MW or more, and the solar energy that is produced is sold to wholesale utility buyers on regional power markets, not to end-use residential or commercial consumers.

And while that’s good news for our emissions reductions goals, utility-scale solar poses its own set of challenges to the clean energy transition. Advocates, members of the public, solar developers and local governments alike are asking:

Virginia localities play a key role in answering critical questions like these. At the county level, boards of supervisors and planning commissions review solar project permit applications in their earliest stages, and can ultimately approve or deny a solar developer’s application — even though the power produced by a given project would impact a broader swath of the population than those residing in that county!

This means that these public bodies have immense decision-making authority related to the advancement of our clean energy priorities. And as utility-scale solar development has accelerated, permitting decisions have gained the public eye while becoming the center of swirling debates over land use, community needs and economic development that pays heed to both the climate crisis and local environmental quality. 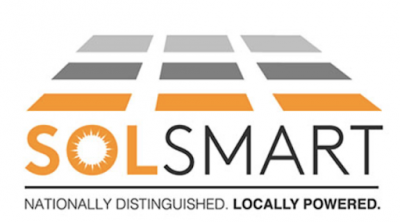 SolSmart is a no-cost technical advisory program for localities. The Virginia SolSmart program is managed by Virginia Energy and University of Virginia’s Weldon Cooper Center for Public Service.

Over the past year, solar permitting processes have earned regular headlines in news outlets throughout Virginia as various projects are approved, denied, contested or reconsidered. And yet, in April the Virginia Department of Energy found that many localities are facing their first-ever applications for utility-scale solar permits. It’s clear that for many, this is an entirely new ballgame.

Given the many questions about utility solar, the impetus from the VCEA behind new clean energy projects and our state’s geography and solar energy potential, Appalachian Voices hosted a webinar in mid-May to help kick-start these conversations in our community. During the webinar, Virginia-based environmental and workforce development advocates along with a regional large-scale solar developer spoke about what’s needed to ensure an equitable and forward-thinking approach to the clean energy buildout.

Speaking for Alliance for the Shenandoah Valley, Sara Hollberg, a land-use planning consultant, emphasized the importance of local decision-making on permit applications because “any [project] effects are felt locally.”

Hollberg discussed three primary challenges posed to local government officials, including that utility solar is a technical, new land-use in many places in Virginia, and that little precedent for projects of this size in the Southeast exists.

For these reasons, she says counties should consider solar ordinances, which can help address erosion, water quality impacts and other issues (like traffic) during construction and beyond.

Chris Anderson, also speaking for the Alliance, encouraged decision-makers to “ask a lot of questions and fully understand the [developer’s] answers” when considering an application for utility solar.

“We want to see good projects in Virginia,” she said, and good projects involve early outreach to host communities, avoid prime agricultural land and sensitive habitats and establish a decommissioning plan for the panels.

This source of income can be earned through a revenue-sharing agreement between the county and the developer, or through a set dollar amount per megawatt constructed. Such revenues can amount to hundreds of thousands or millions of dollars over the lifetime of the project (about 30 years).

Critically, Band noted that hosting utility solar “doesn’t place any great burdens on local services,” requiring little investment of time or resources on the part of the county itself, as the projects don’t require water and any new roads are built by the developers. Other benefits include local economic activity during construction and long-term stability for landowners leasing host sites.

To help bring such benefits to communities, developers look for:

According to Band, such clarity allows developers to screen out inappropriate sites and plan for necessary mitigation well in advance.

Finally, Richard Walker, founder and CEO of Bridging the Gap in Virginia, spoke about growing a local, diverse, clean energy workforce to support the growth of solar. In his words, when it comes to building utility-scale projects, “there’s going to be a need for manpower.” And that workforce needs to be developed in an equitable and inclusive manner.

Walker has trained 35 solar installers since January of this year, many of whom have a history in the criminal justice system. One-third of these trainees are now successfully employed by the solar industry.

“I hate to accept the fact that these solar farms that are being constructed … import individuals from out of state,” he said. We “can meet the demand” in Virginia by training local green workers, and counties can incentivize developers to hire them.

We understand that solar is essential to meeting our emissions reduction goals in time to avert the worst impacts of climate change. We are also aware that concerns about smart land use, changes to the agricultural character of a community, local environmental impacts and the people who are involved in (and impacted by) the growth of large-scale solar don’t have easy answers.

But one thing we do know is this: Our voices matter, and by engaging in conversations about the challenges and opportunities of the clean energy transition — and problem-solving proactively — we can find solutions that benefit people and the planet.