Special to the Front Porch: The following op-ed was published in USA Today on June 21, 2021. The authors are Crystal Cavalier of North Carolina, a member of the Occaneechi Band of the Saponi Tribe, and Michael Mann, director of the Penn State Earth System Science Center. (Click here for the direct link; the USA Today has a paywall.)

The Mountain Valley Pipeline and others awaiting approval are nails in America’s climate coffin. And most are concentrated among vulnerable communities

Four years of Trump have cost America dearly. We lost our global leadership on addressing climate change and saw the struggle for environmental justice thwarted here at home. President Biden has defined both of these objectives as cornerstones of his legacy, but a huge interstate methane gas pipeline now being rammed through the Appalachian Mountains threatens to undermine the progress his administration has promised.

The 42-inch diameter Mountain Valley Pipeline (MVP) would run 303 miles from West Virginia to Virginia, and it is one of the biggest U.S. gas pipelines in process. The pipeline’s climate impact is estimated to be equivalent to about 23 typical coal plants, or more than 19 million passenger vehicles. That does not include a proposed 74-mile extension of the pipeline into North Carolina.

Methane gas is a climate change double whammy. It’s a fossil fuel and, when burned for energy, releases the planet-warming greenhouse gas carbon dioxide. But methane itself is a very potent greenhouse gas and when some of it inevitably escapes into the atmosphere during the fracking process, we get further warming.

Yet these harmful pipeline projects continue. Two other major interstate methane gas pipelines, PennEast and the Pacific Connector, are being challenged, while more than a dozen are waiting for approval from the Federal Energy Regulatory Commission – each another nail in America’s climate coffin.

A recent national analysis found that the vast network of existing transmission pipelines are disproportionately concentrated where people experience high levels of “social vulnerability,” a Centers for Disease Control index of race, socioeconomic status, age, type of housing, language spoken and other factors.

The pipeline and its extension roughly follow the Native American Great Trading Path through Virginia and North Carolina, and tribal representatives are concerned the projects would desecrate sacred sites. Construction of the MVP mainline has already impacted sites on the traditional homeland of the Monacan Indian Nation (federally recognized in 2018), and Occaneechi, Saponi and Tutelo tribes, including a burial mound near Roanoke, Virginia dating back several thousand years. 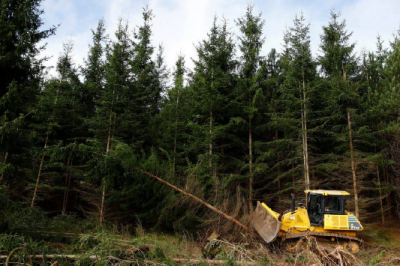 Despite requests by tribes for consultation with the Federal Energy Regulatory Commission to ensure cultural resources were protected, they were largely ignored. The developer, describing the burial mound as a “rock push pile,” has clear-cut the woodlands within yards of the site. Last month, FERC reached out to the Monacan Indian Nation to start consultation.

Then there are the lower-income and elderly rural residents along the MVP route, too often disenfranchised when confronted with these kinds of projects. Almost half of the 17 affected counties in West Virginia and Virginia have poverty rates higher than the respective state average, and 14 of the counties have more elderly than average.

Two of the MVP’s three West Virginia compressor stations — significant sources of air pollution — are in counties where 1 in 5 people live below the poverty line, counties “considered environmental justice communities,” according to FERC.

The MVP has also been an unmitigated disaster for water quality. Regulators in the two states have cited the developer for more than 350 clean water violations, amounting to more than $2 million in fines.

Now, the company is seeking permission from federal agencies to bore under or trench through hundreds more streams, rivers and wetlands, threatening countless water resources. In one case, the developer wants to drill under the Greenbrier River in West Virginia, a huge effort that would use 1 million gallons of water and take months, putting at risk the drinking water for a local public service district.

The MVP, announced in 2014, is still roughly only half-built, more than three years behind its original schedule, and almost 100% over budget. It’s one of the last-ditch efforts of the fossil fuel industry to squeeze out every penny in profit before it goes the way of the dinosaurs. It’s also a clear example of the colonizer mentality of industry special interests, who have done unimaginable harm and put the planet in a climate crisis.
We fervently hope the Biden Administration intends to make genuine progress on the paired crises of climate change and environmental justice. The MVP, for starters, has no place in that vision for America.

Crystal Cavalier of North Carolina is a member of the Occaneechi Band of the Saponi Tribe and is working on her doctoral dissertation, “Missing Murdered Indigenous Women in Frontline Natural Gas Pipeline Communities.”

Michael E. Mann (@MichaelEMann) is director of the Penn State Earth System Science Center and author of “The New Climate War: The Fight to Take Back Our Planet.”