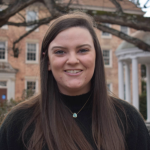 North Carolina-native Korie Dean is our Energy Democracy Communications Assistant this spring. A senior at UNC Chapel Hill majoring in journalism and minoring in southern studies, she is passionate about rural issues and has covered stories about health care, food access, infrastructure and environmental issues throughout the state.

Duke Energy’s impacts across its six-state service area are vast and devastating, leaving lasting health and environmental harm in low-income communities and communities of color in particular. 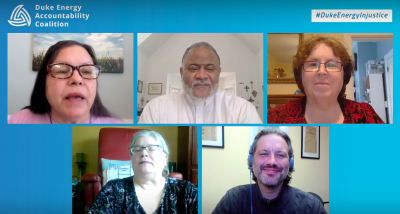 Between spilling toxic coal ash into waterways, raising rates on customers during a pandemic and potentially leaving customers to foot the bill for millions of dollars in defunct power plants, Duke — the country’s largest publicly owned utility — has a long history of polluting and exploiting the communities it serves.

But it shouldn’t be this way.

That’s the message five witnesses sent at the first hearing of the Duke Energy People’s Commission, held virtually on Jan. 29.

“What if utility regulators, commonly titled ‘public utility commissions,’ operated strictly in the public interest, not to preserve or extend the power, control and profits of the utilities under their jurisdiction, but to really serve the people’s interests?” asked Ken Cook, founder and CEO of the Environmental Working Group, who opened the event. “The Duke Energy People’s Commission is our answer.”

The People’s Commission is an independent watchdog organization organized by the Duke Energy Accountability Coalition, which was established in May 2020 by eight public interest, social justice, watchdog and environmental groups, including Appalachian Voices.

The commission uses public hearings to give the general public a platform to share their stories about how Duke’s actions have negatively affected their communities.

Five witnesses representing three states in Duke’s service area testified at the hearing, sharing their firsthand accounts of Duke’s impacts with the five-member commission and a virtual audience. 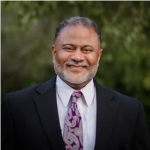 “I take this responsibility very seriously,” said commissioner Rev. Dr. Rodney S. Sadler Jr. “The people are trying to hold Duke Energy accountable to what they do to people in communities, so we want to make sure that we do the best that we can to hear what people have to say.”

Among other topics, witnesses testified on the impacts of Duke’s history of coal ash pollution, poor siting of fracked-gas pipelines and processing facilities, rate hikes and the company’s overall lack of care for the communities it serves. Their message was clear: Duke Energy is more concerned about profit than protecting its customers and their communities from adverse public health, environmental and economic impacts. 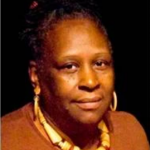 “Duke Energy does not respect us, nor do I respect Duke Energy for what they stand for,” said witness Belinda Joyner, who is the northeastern organizer for Clean Water for North Carolina. “And it is not for people. It is for their profit.”

Duke’s impacts on North Carolina communities were especially prominent throughout the hearing.

People standing up to Duke

Xavier Boatright, a witness representing the Sierra Club’s Beyond Coal campaign, testified about his experiences as an environmental justice organizer in western North Carolina, where he witnessed the disproportionate impacts of Duke’s Asheville steam station on communities of color and low-income communities, such as Arden and Cliffside.

For years, residents of Arden were exposed to toxic coal ash and forced to drink bottled water as a result of pollution from Duke’s plants in the region. 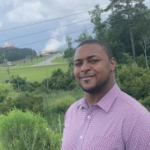 Thanks to the work of community and environmental organizers, including Boatright, Arden was connected to the municipal water system in Asheville in 2019 — a solution that many viewed as long overdue.

“We often questioned the amount of money that Duke would spend on testing instead of just helping its neighbors,” Boatright said.

Testimony from other witnesses, such as Bobby Jones, showed that Duke’s impacts extend beyond the mountains of North Carolina, into the eastern part of the state.

Jones, who is the founder of the Down East Coal Ash Environmental and Social Justice Coalition, shared his firsthand account of Duke’s coal ash pollution in his home of Wayne County, North Carolina, as well as the local impacts of Duke’s financial contributions to politicians at the local and state levels.

Like Boatright, Jones highlighted the power of community organizers in the region in fighting back against Duke’s actions — something that the People’s Commission hopes to amplify through its hearings and other efforts. 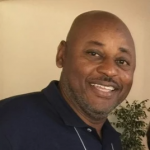 “Despite all the lies told by Duke, all the money, all the sellouts and bought-and-paid-for politicians, we still stand watchful and vigilant and in support of our community,” Jones said. “We have our air monitors and our partnerships and what we need to try to protect our community.”

As the fight for energy democracy and clean energy continues, the People’s Commission is committed to representing the interests of Duke’s 7.8 million customers and examining Duke’s actions through hearings, webinars and other forums featuring experts and advocates.

For more information on the People’s Commission and the Duke Energy Accountability Coalition, or to watch the Jan. 29 hearing, visit eyeondukeenergy.org.