Special to the Front Porch: Our guest today is Secure Futures Solar, a solar development company based in Staunton, Va., who is partnering with Appalachian Voices, the Solar Workgroup of Southwest Virginia and others to advance solar energy projects and extend the benefits of solar energy in the region. 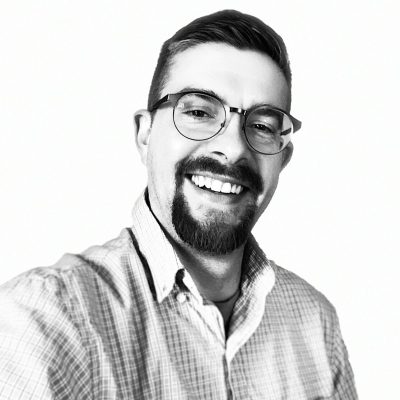 We are delighted to announce the hire of Southwest Virginia native Matthew McFadden as the Project Coordinator for helping to bring solar to the historic coalfield region of the state.

Secure Futures recently partnered with the Solar Workgroup of Southwest Virginia, Appalachian Voices, Mountain Empire Community College and other organizations to launch Securing Solar for Southwest Virginia. The initiative aims to plan and execute efforts to transition schools, hospitals and businesses to solar in the seven-county area that has long-lasting ties to the coal industry. This initiative builds on existing efforts to transition to clean energy in Appalachia, where communities are increasingly adding solar energy to their economic portfolio. Even the Kentucky Coal Museum in Harlan County uses solar energy to power its facility.

Matt was born and raised in Wise County, Va., where his family has lived on the same land for generations. Over the years, multiple family members had worked in the underground coal mines in the surrounding area. Since the 1950s, practically all of Virginia’s coal production has come from Southwest Virginia, powering homes and businesses across multiple states and employing thousands of people.

“It is hard work. I respect the sacrifices they made to provide for their family, and I admire them to the core,” Matt said. “As a kid, I grew up knowing that once you finished school, you could get a job in the mines, work 60 hours a week and make a good living.”

After graduating from high school, Matt planned to follow family tradition and make his mark on the mines. But even with his “underground papers” in hand — the documents and credentials to qualify as a miner — his father-in-law discouraged Matt from pursuing a career below ground. He ended up spending 12 years with Crutchfield Corporation, a consumer electronics retailer, first as a sales advisor and then as training manager.

He always had a fascination with how things functioned. As a kid, he would help his father with restoring cars and has kept this as a hobby even now. This talent went hand-in-hand with his passion for music, as he would spend his time learning about how radios work, what actually makes music come out of an electronic box.

After leaving Crutchfield Corporation, he moved to Richmond, working for Livewire, a provider of automation services for homes and offices including audio-visual, lighting control, networking and security. But he missed the community of his hometown and the warmth that comes from years of close relationships. So, at the end of 2019, he moved his family back to Wise County. He has since joined a softcore rock band, and before the pandemic he played in various local venues.

That’s when he also made the decision to join the fastest growing industry in the country — solar energy.

According to U.S. Bureau of Labor Statistics estimates, a solar photovoltaic panel installer will be the fastest growing job between 2018 and 2028. As of 2019, nearly 250,000 Americans worked in the solar industry, with 4,489 workers in Virginia, according to the Solar Foundation’s Solar Jobs Census. Yet, due to Virginia’s monopoly utility companies placing unreasonable restrictions on rooftop, or distributed solar, this trending job growth has not yet developed in Southwest Virginia.

As state Senator John Edwards said in an article published in the Roanoke Times:

“Appalachian Electric Power Company (APCO), which serves Southwest Virginia, has capped the aggregate amount of net metering for public entities, such as local governments and public schools, at 3 megawatts all across its territory. This limits the use of solar energy by government entities and prevents the lower costs available with solar electricity. This cap limiting the use of [power purchase agreements] prevents local governments in Southwest Virginia from being able to compete with the rest of Virginia in terms of solar jobs and access to solar savings.”

Matt realized the opportunity that solar can bring to his home region and hopes to bring good jobs back to good people. “I came to Secure Futures because it is a company that is trying to bring more and better jobs to this area that I call home. I look for prosperity in the area. It would be a natural transition from one energy to another. We can get the people out of the mines and into renewable energy.”

We are excited to see what Matt can bring not only to our team, but to the community of Southwest Virginia and the myriad local efforts to advance solar in the area. While there are still many policy barriers that restrict Virginians’ access to solar energy, we know that Matt will work hard with our partners to bring a brighter future to this area.