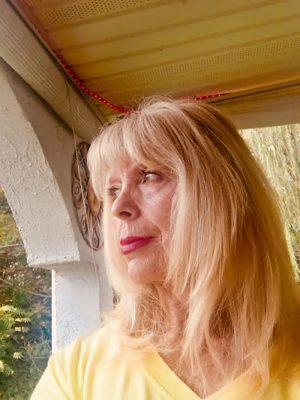 Drilling near Barbara Jividen’s Putnam County, W.Va., home started in May as part of the construction process for the Mountaineer XPress Pipeline, a 165-mile project carrying natural gas from West Virginia’s fracking wells to an interstate network bound for Gulf export terminals.

Barbara and her husband Edward’s pastoral property flanks the Kanawha River, which the pipeline now runs beneath after cutting below a field 500 feet from their home.

Mountaineer XPress used horizontal directional drilling to bury pipe under the river, a process where drilling and installation is conducted from a single entry point. Fortunately for Barbara, the drilling site was located roughly an eighth-of-a-mile from her home, so the field alongside her house was undisturbed on the surface. 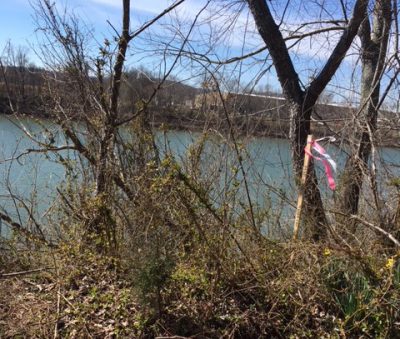 More alarming were the tests that Mountaineer XPress performed to make sure the line was ready to operate — all conducted at night without warning. One test resulted in water suddenly flooding nearby backyards.


During the wee hours of one morning in November, Barbara awoke to a roar that she likens to sitting in the back of a jet, hearing the engines roar before takeoff. People as far as 6 miles away were alarmed, she says, and one of Barbara’s relatives a mile away evacuated with their young children. The din persisted for an hour, though after 45 minutes she received an emergency notification confirming it was a pipeline air pressure test. 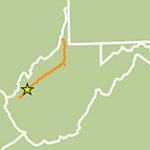 Barbara Jividen’s location near the path of the Mountaineer XPress Pipeline.

Barbara says she is still worried about safety risks posed by the pipeline, and expresses concern about whether the largely out-of-state contractors working on the project care enough about local safety to do their best work.

“I don’t like it, but I have to learn to live with it,” Barbara says. “It’s just a part of life, unfortunately, that brings wealth to some people, to some people doesn’t affect at all, and to some people it affects greatly.” — By Molly Moore