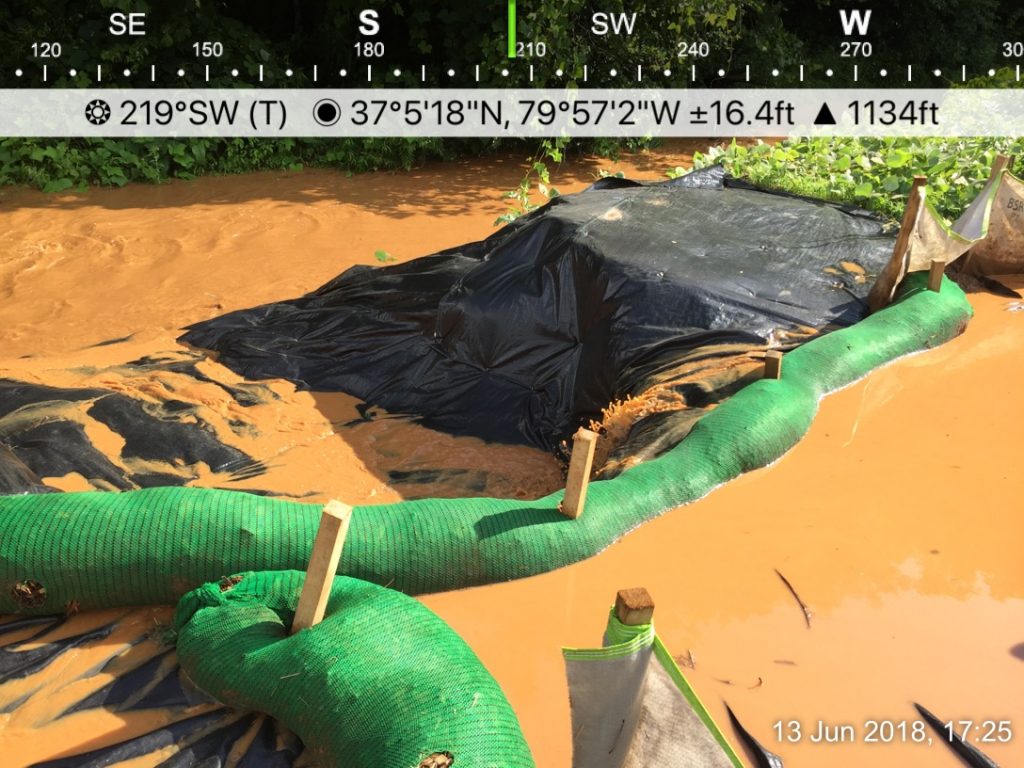 Environmental groups and pipeline opponents have had much to celebrate over the past two weeks.

The week prior, FERC issued a stop work order for the Mountain Valley Pipeline to halt all construction along its 300-mile route through West Virginia and Virginia, after the same court ruled in favor of environmental groups and vacated two permits that the pipeline needed to cross a national forest.

In just two weeks’ time, both destructive interstate pipelines have been halted after lawsuits exposed how rushed and flawed their approval processes were.

FERC’s order to halt construction of the Atlantic Coast Pipeline followed the Fourth Circuit Court’s decision to overturn two permits issued by the National Park Service and U.S. Fish and Wildlife Service because they did not follow agency guidelines; one set limits on the destruction of habitat for species listed as threatened or endangered under the Endangered Species Act and the other would have allowed the pipeline to cross the Blue Ridge Parkway.

The two vacated permits for the Mountain Valley Pipeline were originally granted by the Bureau of Land Management and the U.S. Forest Service to allow the pipeline to run 3.6-miles through the Jefferson National Forest. The court rightly vacated these permits at the end of July in part because it wasn’t clear that Mountain Valley Pipeline’s erosion and sedimentation controls would prevent runoff from harming water bodies and supplies, including private wells.

“MVP’s proposed project would be the largest pipeline of its kind to cross the Jefferson National Forest,” Judge Stephanie Thacker wrote in concluding the court’s unanimous opinion in the Mountain Valley Pipeline case. “American citizens understandably place their trust in the Forest Service to protect and preserve this country’s forests, and they deserve more than silent acquiescence to a pipeline company’s justification for upending large swaths of national forestlands. Citizens also trust in the Bureau of Land Management to prevent undue degradation to public lands by following the dictates of the [Mineral Leasing Act].”

The two agencies now must review the decisions to determine whether the Mountain Valley Pipeline can safely cross the Jefferson National Forest along the originally proposed route. If not, the pipeline may be forced to reroute around the forest.

Allowing construction and tree-clearing for the pipeline to continue while the agencies reconsider the permits would have exposed citizens and natural resources to unnecessary damages because of the chance that new “facilities that ultimately might have to be relocated or abandoned.”

The Fourth Circuit’s rulings and the subsequent work stoppages are tremendous victories against both the Mountain Valley Pipeline and the Atlantic Coast Pipeline. Together, these court decisions confirm what pipeline opponents have argued all along: that pipeline developers and permitting agencies rushed through this process without accounting for all environmental impacts, and that pipelines this large simply cannot be built across this delicate landscape in a way that protects water, ecosystems and communities.