More to ‘pumped storage’ than meets the eye 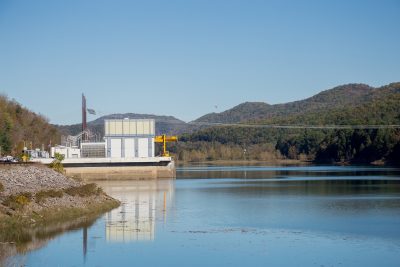 Dominion Energy has been eyeing far Southwest Virginia for its latest project — a giant, hydroelectric battery, also called pumped storage. The facility would use cheap or excess power to pump water into an elevated reservoir during off-peak hours. By holding the water until peak demand hours and releasing it to run turbines when energy is needed the most, electricity is effectively captured and stored.

Although using energy to pump water uphill may sound counterintuitive, this project could be a way to make our power usage more efficient. Often, pumped storage facilities reduce energy waste by using excess energy from coal or nuclear facilities, so-called baseload plants that generate the same amount of power around the clock. The world’s largest pumped storage facility is in Bath County, Virginia, and is owned by Dominion.

It is critical that any project Dominion constructs in Southwest Virginia benefits local people directly by generating the power onsite using cost-effective solar, drawing from the existing workforce and maximizing local economic impacts. The two potential projects Dominion is considering in the coalfield counties are forecasted to be roughly ten times smaller than the 3,003-megawatt Bath County site, so using small, onsite solar installations would be appropriate.

Solar is now the cheapest form energy generation worldwide and employs more people in the U.S. than coal, gas and oil electrical generation combined. Solar panels at the proposed pumped storage facility would capture and store the sun’s energy until the power is needed most by customers.

Need more reasons why pumped storage is a good idea? It could be located on industrial land like the abandoned Bullitt mine in Appalachia, Virginia. For a region trying to attract modern energy-sector jobs while establishing its identity as an outdoor recreation destination, developing untouched areas would undercut other economic diversification efforts like the budding tourism industry.

Appalachian Voices supports prioritizing abandoned mine lands and sites already designated for industrial use. While transforming an abandoned mine into a once-more economically productive location is a great idea, proper precautions must be taken to ensure the stability of the site. There are no other pumped storage facilities that operate in retrofitted coal mines in the U.S, according to LeRoy Coleman from the National Hydropower Association, a nonprofit that promotes hydropower.

Dominion Energy has invested nearly $1 billion in Virginia’s solar industry, yet none of the benefits have reached Southwest Virginia. The utility has contributed $150,000 to Virginia’s community colleges, including Mountain Empire Community College in Big Stone Gap, for new energy labs and equipment, allowing institutions to offer solar panel technician training and other renewable energy courses. Should Dominion choose to invest in a renewable energy pumped storage facility in the coalfields, those students would be able to put their knowledge to work without leaving their home communities.

So far, Dominion hasn’t made any promises on location or construction — or even whether it would use solar energy. The project may not ultimately happen, despite state legislation passed last year to expedite the permitting process and allow Dominion to pass the cost on to its customers. There is still a possibility that Southwest Virginia’s economic hopes will be dashed once again. As the region that may host these potential facilities, we eagerly await more information.

We welcome investment in Southwest Virginia, however, transparency and specificity are essential for affected communities to form opinions on the project. In order to contribute to the public good, the project needs to have positive, long term economic impacts for whichever site is chosen. This means powering the project entirely with onsite (or close by) solar generation — not fossil fuels, nuclear, or power generated elsewhere. The development of the project must involve local workers and help develop the local workforce for this expanding industry.

Finding innovative ways to use defunct industrial sites is a good idea, as long as thorough and extensive analysis is done to ensure project viability.