Attend a DEQ hearing or submit comments by email 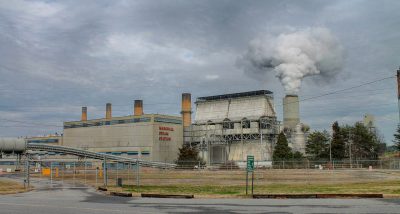 The Department of Environmental Quality is holding a public hearing on February 13 to receive input on the Special Order by Consent (SOC) for three of its power plants – Marshall, Allen and Cliffside. SOCs are agreements made between the DEQ and facilities that have been consistently unable to comply with their wastewater discharge permits. SOCs can be useful when they require polluters to address problems that cannot be fixed quickly. Unfortunately, SOCs can also be used to give polluters a free pass. 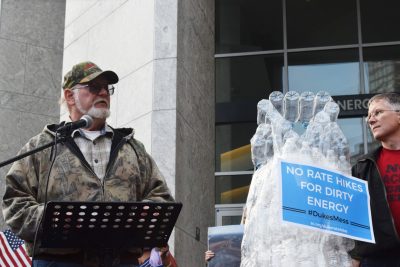 In this case, Duke Energy has agreed to speed up the timeline for draining most of the water from coal ash basins at Marshall, Allen and Cliffside in a process known as decanting. Removing the water from the ponds is a necessary step and should stop some of the discharges of contaminated wastewater, known as seeps. The full text of the SOC can be found here. In addition, Duke will pay a one-time penalty of only $84,000 for 21 of these seeps.

Currently, this SOC does not require Duke to test or treat the water, either by physical or chemical means, which could identify and mitigate the amount of contaminated water that is entering North Carolina waterways. The SOC should contain more detailed monitoring requirements and limitations so that adjustments can be before Duke Energy violates state surface water standards again. 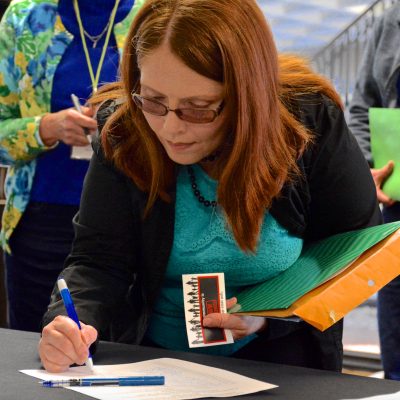 Citizen Amy Brown signs in at a DEQ coal ash hearing about the Allen plant. Photo by J.M.Davidson/Appalachian Voices

Although this SOC accelerates the process of decanting, Duke Energy does not have to begin dewatering (removing the heavily contaminated water just above the coal ash in the pond as well as the water within in the ash) until Dec 31, 2023. This could allow Duke to stall dewatering until after the removal (if EPA administrator Scott Pruitt gets his way) of protective federal effluent limitation guidelines. As long as the pond contains coal ash and contaminated water, nearby residents and drinking water continue to be threatened.

This SOC is a overdue first step; however, it needs to contain more strict pollutant discharge limits and repercussions to hold Duke Energy accountable for contaminating water sources.

At this public hearing, DEQ is also seeking feedback on Duke Energy’s request for modification to its National Pollutant Discharge Elimination System (NPDES) permit for the Marshall Plant. The Marshall NPDES permit is the first permit under review by DEQ for a site that is covered by the SOC. Future NPDES permit adjustments are expected for Cliffside and Allen, as well as the rest of Duke Energy’s coal ash ponds. This is a precedent-setting action with statewide implications!

Concerned citizens pack the room at a DEQ coal ash hearing on the Allen plant held at Gaston College. Photo by J.M.Davidson/Appalachian Voices