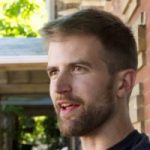 Special to the Front Porch: Our guest today is Kyle Pennell, content manager for PowerScout, a company that helps homeowners identify smart home improvements, such as efficient windows, solar panels and electric vehicle chargers, and connect with local contractors. 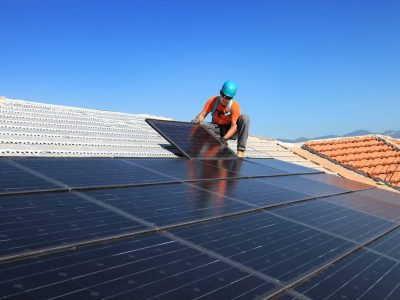 Solar panel manufacturer Suniva was once one of the biggest players in the U.S. market. But back in April, the company declared bankruptcy. Foreign panel makers, Suniva argued, enjoyed government subsidies at a level that made it impossible for solar panel makers in the U.S. to compete. The company filed a petition with the U.S. International Trade Commission (ITC) calling for strong tariffs against foreign manufacturers. Another panel manufacturer, SolarWorld, joined the petition shortly thereafter.

In August, the companies presented their case to the ITC. They charged that foreign competition has cost the U.S. solar panel manufacturing industry 1,200 jobs and led to a 27 percent decline in wages since 2012.

But cheap, imported solar panels－along with reductions in installation costs and technological advances－have made possible the solar energy boom that has unfolded in recent decades. Back in 2006, only about 30,000 homes in the U.S. had solar panels; today, over 1.3 million American households have gone solar. Utility-scale solar electricity generation has increased by a factor of about 50 over the same period. Without access to cheap solar panels, efforts aimed at moving America toward energy sustainability would be undermined.

Moreover, many of the major players in the American solar industry have spoken out against tariffs. They argue that SolarWorld and Suniva’s petition figures are inflated, and that tariffs would significantly raise costs for solar installers, which employ far more people than panel manufacturers do. In a letter filed with the ITC, solar installer Sunnova suggested that “the imposition of tariffs on solar cells and panels will significantly harm the U.S. economy by destroying jobs.” The Solar Energy Industries Association agrees: in a recent analysis, it found that the industry would shed 88,000 jobs if tariffs are approved.

In early September, the ITC ruled in favor of Suniva and SolarWorld, agreeing that foreign solar panel imports have indeed hurt U.S. manufacturers. The ITC offered the Trump administration three recommendations: a 35 percent tariff on all imported solar panels, an 8.9-gigawatt import cap for 2018, and a tariff of about 30 percent on solar cells and panels. Under all three plans, the tariffs would mostly be phased out after four years.

But the plaintiffs criticized the ruling as insufficient, and have pushed for even harsher tariffs, including a minimum solar panel price of $0.74 per watt on all imported panels and an import cap of 5.7 gigawatts per year.

The decision as to which tariff scheme to adopt is now up to President Donald Trump. Adopting a high-tariff scheme could allow him to claim that he has encouraged domestic manufacturing and land a blow against China, both of which were major tenets of his campaign platform during last year’s presidential election.

A high-tariff plan that slowed the rate of solar panel installations would also be consistent with Trump’s commitment to reinvigorate the coal industry. Though the combined market pressures of cheaper natural gas and renewable energy sources mean that reviving the coal industry is virtually impossible, the president continues to try.

In February, surrounded by coal miners and industry executives, he signed a bill that repealed the Stream Protection Rule, a regulation that offered modest steps toward limiting mine waste in streams. In August, Trump announced the U.S. would withdraw from the Paris climate deal, a non-binding international agreement that encourages nations around the world to reduce carbon emissions and transition toward renewable energy. And Scott Pruitt, head of the Environmental Protection Agency, announced in October that the administration would repeal the Clean Power Plan, a measure intended to limit carbon emissions.

Of the more than 50,000 jobs in the coal industry, about 27,000 are located in Appalachia. But these jobs have been disappearing for decades. The region saw 27 percent of its coal jobs evaporate between 2015 and 2016 alone.

The solar industry, on the other hand, grew by about 20 percent annually from 2013 to 2015－that’s 12 times faster than the average growth rate of the U.S. economy. Today, 260,000 Americans are employed by solar installers, panel makers or suppliers. According to the Bureau of Labor Statistics, solar photovoltaic installers are expected to become the fastest-growing occupation in the U.S. Analysts expect the field will grow by over 105 percent over the coming decade. With growth like this, every region of the country－including Appalachia－stands to benefit from the solar boom. 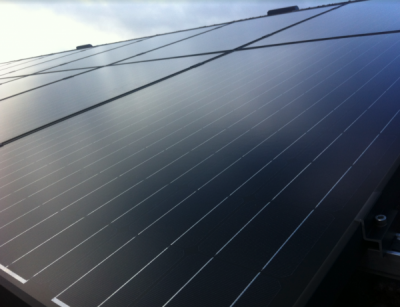 Solar jobs－including solar panel installer, solar sales rep, and solar energy installation supervisors－often don’t require a four-year college degree. These positions provide important opportunities for working-class Appalachians who might previously have been employed in traditional blue-collar industries that, like mining jobs, have also declined precipitously over the past 50 years.

That’s why, along with southwestern states like California, Texas, and Arizona, the Appalachian states of North Carolina, Virginia, and Georgia are leading the way when it comes to installed solar capacity. Even West Virginia, the heart of Appalachian coal country, has over $20 million invested in solar energy, and 19 solar companies call the state home.

Since there are comparatively few solar manufacturing jobs in the U.S. generally and in Appalachia specifically, tariffs would likely have a baleful effect on the industry as a whole even if manufacturers did enjoy a boost to their bottom lines.
And the impact of a high-tariff response from the White House on Appalachian blue-collar jobs won’t be limited to the region’s solar industry. Punishing foreign solar panel manufacturers could prompt a tariff war between the U.S. and China, South Korea, and other World Trade Organization member states. Nations targeted by the tariffs would impose tariffs of their own on American-made products, slowing economic growth and harming U.S. businesses.

Analysts have suggested that in order to drum up opposition to the tariff regime in the U.S., China would likely target important export industries in the home states of influential Republicans like Senate Majority Leader Mitch McConnell of Kentucky. In this scenario, the Appalachian working class could be caught in the crossfire of international politics as companies throughout the Republican-dominated region slashed hours or downsized in response.

The trade dispute has two significant wrinkles. First, Suniva is headquartered in Atlanta but majority-owned by Chinese firms, and SolarWorld is a German company, though it has a North American headquarters in Oregon. A high-tariff scheme enacted ostensibly in defense of these two foreign corporations would seem to be at odds with Trump’s economic nationalist agenda. Second, even many solar panel companies that are based in the U.S. like SunPower manufacture their panels abroad. A high-tariff scheme could hurt their bottom line, undermining Trump’s purported intention.

By instead taking no action or adopting one of the less punitive resolutions proposed by the ITC－an outcome that looks increasingly unlikely－Trump could still win political points by spinning the decision as a stand in support of America’s blue collar workers and in opposition to foreign competition. Such a move would allow the solar industry to continue generating badly needed blue-collar jobs, both in Appalachia and across the nation.

Suniva and SolarWorld have been joined by U.S. steel manufacturers in petitioning for higher tariffs against solar panel imports. Environmentalists, supporters of free trade, and advocates of sustainable energy have joined the solar installers on the other side of the issue. The president has until January 26 to issue a decision on the case.