By Meredith Abercrombie and Rachel Pressley

Wildflowers are one of Appalachia’s most vibrant symbols of summer. As the season’s end nears, nature-lovers take time to appreciate nature’s bouquet before the crisp fall air transforms the land into crunchy, colorful memories of what once was.

Here we explore a few beautiful, unique flowers that blossom in late summer along Appalachia’s trails, forests and riverbeds. While some have long been used as medicine, they can also be harmful, so consult a medical professional before use. Also, be aware of threatened and endangered flowers that should not be removed from their natural habitat. We hope you enjoy learning about these, and maybe find some blooming on your next adventure. 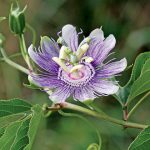 Where and when to find it: Blooms from April to September in the East and Midwest in habitats such as roadsides, meadows, pastures, woodland edges and riverbanks.

Naturalist’s Notes: According to the University of Maryland Medical Center, this exotic ornamental flower has many medicinal purposes. When properly prepared, it can be used for insomnia, gastrointestinal upset related to anxiety, generalized anxiety disorder and the relief of symptoms from narcotic withdrawal. The fruits that grow on the vine of the passionflower can be consumed by small animals and humans.

These flowers are the only food source for gulf fritillary caterpillars and are also vital for other butterfly larvae. The passionflower’s unique structure requires a large bee for effective pollination. — R.P. 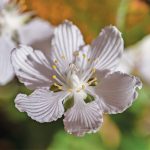 Where and when to find it: Blooms from late August to October and is found primarily in the Appalachian Mountains and Ozark Mountains. Habitats are at high elevations near mountain swamps, seeps and alongside streams.

Naturalist’s Notes: The flower’s white blooms and kidney-shaped basal leaves inspire its second name, the Kidney-leaved Grass-of-Parnassus. The white blooms have green veins along the petals that allow nectar to flow in specific paths. While the flower has a conservation status of G4, meaning that it is apparently secure, it is listed on the state endangered species list in Maryland and Kentucky. — R.P. 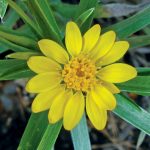 Where and when to find it: Blooms June to November in Polk County, Tenn., along the Hiwassee and Ocoee rivers.

Naturalist’s Notes: Due to this herbaceous perennial’s narrow distribution and the constant modification of its habitat, it is federally listed as an endangered species. Ruth’s golden aster typically grows in crevices that are located between forest slopes and river channels. In June 2017, the U.S. Fish and Wildlife Service stated that they will release a five-year evaluation that includes a multi-step recovery plan for the species. The public is asked to provide information on the species before August 29. Visit tinyurl.com/fws-golden-aster for details. — R.P. 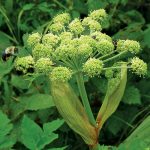 Where and when to find it: The mountain angelica is a wildflower whose home is the Appalachian Mountains, stretching from northeast Georgia to Pennsylvania. Find it blooming in more open areas of woods or meadows in late summer through September.

Naturalist’s Notes: Mountain angelica’s nectar is poisonous to some insects and causes an intoxicated state. It is one of the four angelica species found in the Southeast. The flowers range from white to greenish-yellow and are endangered in Maryland and Kentucky. — M.A.

Also known as: Genus of the Asteraceae family 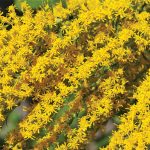 Where and when to find it: Goldenrod refers to a genus of more than 100 species within the aster family. It is found across the country and blooms from July through September. While this wildflower is not exclusive to Appalachia, the bright splashes of yellow can be seen across the region. In fact, the goldenrod is the state flower of Kentucky.

Naturalist’s Notes: Historically, the goldenrod has been used for many medicinal purposes — solidago derives from the latin word solidar, meaning “to make whole.” Native Americans had multiple uses for the plant, like the Meskwaki, who made a lotion with the plant to help external wounds, or the Zuni, who chewed on the flower to help sore throats. Other common uses include the treatment of urinary tract infections, seasonal allergies, kidney stones and arthritis. It is often confused with ragweed, which blooms at the same time and in the same area as goldenrod and causes seasonal allergies. — M.A. 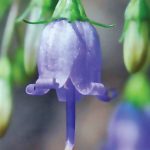 Where and when to find it: The southern harebell is a member of the bellflower family and is native to the Southeast. It is found primarily in the Appalachian Mountains and blooms throughout late summer. The plant prefers rocky outcrops and shady slopes.

Naturalist’s Notes: These flowers are named after their delicate bell shape. The plants only reach one to two feet in height but bloom in large masses. These wildflowers are currently classified as endangered in Maryland but are ranked globally in the G4 conservation category, meaning they are apparently secure. — M.A. 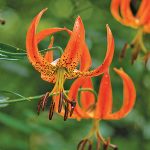 Where and when to find it: The Turk’s cap lily blooms from July through September and can be found as far north as New Hampshire and as far south as Alabama. The wildflowers prefer wooded and swampy habitats, as well as wet meadows and thickets.

Naturalist’s Notes: The beauty of the turk’s cap lily is hard to miss. The common name comes from the traditional red hat worn in Turkey, which the flower resembles. The bright orange-red flower is speckled with deeper red spots and the long flowing petals droop down. You may spot hummingbirds hovering around the flower, as they are often attracted to the bright color. It is the tallest lily species native to America, often reaching seven feet in height. — M.A. 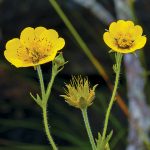 Where and when to find it: Spreading avens grows exclusively along the border of North Carolina and Tennessee at a minimum elevation of 4,367 feet. These wildflowers flourish in sunny, open conditions. Flowers bloom June through September, and their fruit forms August through October.

Naturalist’s Notes: Spreading avens’ flowers are a fluorescent yellow, while the leaves take a kidney shape. There are only 11 populations of spreading avens known to still exist. In 1990, it was listed as a federally endangered species. The biggest threats this species faces are erosion, deforestation and damage from human traffic. To help protect these at-risk wildflowers, stay on marked trails and be aware of where you tread during your excursions. — M.A.

The Gentian family of flowering plants occurs on all continents except Antarctica. There are 87 biological groupings and over 1,600 species known. 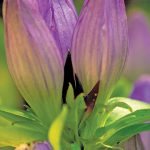 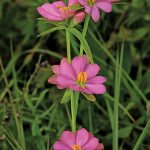 Bloom time for these specific gentians range from the end of July through October. They are also rare, at risk or endangered in specific states due to habitat fragmentation, destruction and degradation. 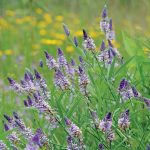 Bumblebees hold a special value to bottle gentians. This flower never opens itself, therefore insects must pry open the petals in order to pollinate it. Bumblebees are the only insect strong enough to do so, making them vital to this species of wildflower. — R.P.