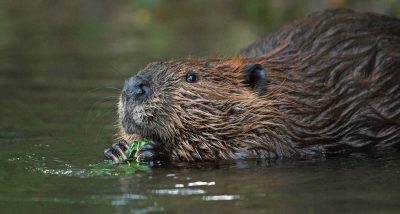 From cutting down trees to flooding forests and fields, few animals are as influential on their surrounding environment as beavers. After being trapped for their fur to near-extinction in North America by the early 1900s, beaver populations were reintroduced across the continent and are now thriving, continuing their vital role in maintaining wetlands and supporting aquatic life — while occasionally being a nuisance to landowners.

Beavers are sometimes called “nature’s engineers,” and for good reason. By building lodges and dams as their homes, they physically alter the landscape to suit their own needs, similar to humans.

Lodges serve as houses for beaver families and are typically made of sticks, mud and rocks. To protect a lodge from predators, beavers build dams to flood an area, which creates a beaver pond upstream, surrounding the lodge with water. An underwater tunnel leads to the inside of the lodge, where dry chambers above the water level allow the beavers to safely live. As aquatic mammals, beavers are adept at maneuvering in water, so beaver ponds allow them to swim to nearby trees for food rather than having to travel more slowly across dry land.

Beaver ponds serve another vital purpose: attracting and supporting a variety of wildlife. Beavers have a large influence on other species in an ecosystem. The freshwater wetlands that beavers help create and maintain are among the most biologically rich in the world, especially in the southeastern United States, and can support many threatened or endangered species of fish, crayfish and other aquatic life.

Even dried ponds, called beaver meadows, provide a habitat for plants and wildlife long after the beavers have abandoned the area, according to Michael Fies of the Virginia Department of Game and Inland Fisheries. The nutrient-rich soil that was once at the bottom of a beaver pond grows different kinds of vegetation than the surrounding forest. Fies says that in the national forests of western Virginia, the U.S. Forest Service is interested in protecting beaver meadows because they recognize the value of those habitats. 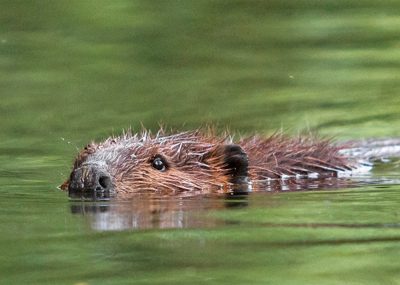 A beaver swims at Tomahawk Pond in Virginia. Photo by Steven David Johnson

Not everyone is interested in keeping beavers around, however. Despite all the benefits that they bring to natural areas, beavers can also cause problems when their activities conflict with humans. To obtain food and materials for lodges and dams, beavers will often cut down valued trees on people’s property.

“Other times it’s flooding issues,” Fies says. “Beavers are very adept at changing their habitat, which is what makes them unique, but their dams can result in the flooding of farmers’ fields and state roads.”

Most states in Appalachia have a beaver trapping season between November and the end of March, varying slightly from state to state. In some cases, landowners are permitted to trap or hunt beavers year-round if they are causing issues on their property.

Beavers cause fewer harmful side effects in the mountains than they do in lower-elevation, large river systems in the Southeast, where they are more common, according to Fies. In the Piedmont of North Carolina, state wildlife officials have stepped up efforts to manage the beaver population after a study by Appalachian State University biology professor Michael Gangloff and one of his students found that beaver dams were threatening an endangered mussel species. 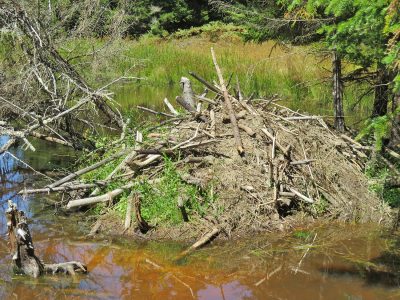 A beaver lodge sits in a pond in the Laurel Fork area of Highland County, Va. Photo by Al Bourgeois.

“The mussels need flowing water and high oxygen levels to survive,” Gangloff says. “And beaver dams actually change the physical and chemical properties of the water, so there is a lower oxygen concentration.”

In the streams of the Appalachian Mountains, though, beavers are less likely to be a problem in the ecosystem because of lower population levels and naturally higher oxygen levels in the water, according to Gangloff. Instead, they help increase fish biodiversity and provide wetland habitat for numerous other animals, including frogs, snapping turtles and waterfowl such as wood ducks and herons.

Despite the headaches that they can cause landowners and wildlife officials, beavers play a vital role in natural areas throughout Appalachia and North America. With their human-like methods of building and changing their environment, it is inevitable that beaver and human activity will often clash. Society has come a long way since nearly trapping beavers into extinction, however, and hopefully humans will continue to work toward living in harmony with these clever and industrious animals.