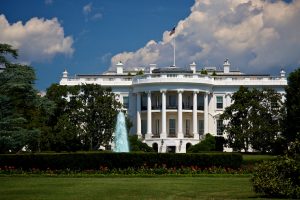 The White House’s budget won’t become law, but it should alarm people across the country — and perhaps especially people in Appalachia.

The White House released its budget blueprint last week, and the proposal is nothing short of a disaster for Appalachia and rural communities across the country. The Trump administration will release a more complete budget request in May, but we have a lot of information to go on already.

Congress, not the president, holds America’s purse strings, so the majority of the White House budget proposal will never become a reality. But the “skinny budget” still reveals a great deal about where Appalachian communities fall on the administration’s list of priorities.

First, let’s look at a few agencies and programs the White House wants to completely eliminate:

Appalachian Regional Commission – For more than 50 years, the ARC has provided funding for projects throughout the region to create economic opportunities and improve critical infrastructure. ARC funding and assistance has created an entire highway system, and introduced broadband, all while supporting local and sustainable projects like all of these. Recently, ARC has improved efforts to build leadership and community participation. Republican leaders from Kentucky, most notably Rep. Hal Rogers (KY-5), have successfully increased annual funding for the ARC in the past four years from about $60 million to over $120 million.

Economic Development Administration: The only federal agency focused entirely on economic development, the EDA promotes innovation and competitiveness in regions in need. The EDA has a crucial role in the diversification of Appalachia’s economy, as well as communities throughout the country coming together and seeking ways to overcome the downturn in the coal industry.

Weatherization Assistance Program and Low Income Home Energy Assistance Program: While the programs are quite different, they work in tandem to help low-income families reduce their energy bills. Energy efficiency and weatherization can greatly improve Americans’ health and quality of life, save money, and improve the value of homes. But without assistance, many low-income families cannot afford to make the necessary home improvements to achieve these benefits. Housing in Appalachian is among the least efficient in the country, and these two programs are needed to change that fact.

Abandoned Mine Lands: In response to widespread support from Appalachian local governments for ideas outlined in the Obama administration’s POWER+ Plan, Rep. Rogers and Sen. Mitch McConnell (R-KY) last year carved out money for a pilot program to repurpose Abandoned Mine Lands for economic development projects. The program sent $30 million each to Kentucky, West Virginia and Pennsylvania for projects on previously mined sites. While the pilot program was never intended to continue indefinitely, Congress plans to continue funding it for one more year, this time including funds for Virginia, Ohio and Alabama.

We haven’t even gotten to the big cuts yet. You might have noticed I been buried the lead, and that’s mostly because it’s been widely reported since rumors started to emerge about a month ago.

Environmental Protection Agency: The White House wants to slash the agency’s budget by 31 percent. The EPA is America’s best defense against air and water pollution. Appalachian Voices has long worked to hold the EPA accountable for its shortcomings, but we should not for a moment overlook the immeasurable benefits the thousands of EPA employees have had on all of our lives. Before the Clean Water Act, Clean Air Act and National Environmental Policy Act were passed to provide us with the protections we now enjoy, we were racing down a dangerous path of pollution. The challenges have only gotten greater in the past 40 years, but we live in a stronger, healthier, more sustainable world because of the EPA. Hampering the agency’s ability to carry out its job is unacceptable.

Climate change programs: The official position of the White House Office of Management and Budget is that climate programs are a “waste of your money.” If you believe that climate change is a hoax, then I suppose that makes sense. On the other hand, if you agree with the rest of the world and recognize that an urgent and effective response to this global crisis is long overdue, then this is more than just crazy talk — it’s catastrophic thinking.

Everything else: The White House budget also eliminates the Corporation for Public Broadcasting and the National Endowment for the Arts. These are not uniquely relevant to Appalachia, but the region is hardly unaffected by cutting these types of programs. Despite what the Office of Management and Budget Director Mick Mulvaney seems to think, eliminating funding for things like PBS is not a favor to coal miners or anyone else in West Virginia. Mulvaney indicated that people in Appalachia have no use for PBS, NPR, or the arts, and maybe that just tells us what he thinks of those programs. Then again, maybe it tells us more about what he thinks of people in Appalachia.

It bears repeating that Congress has control of the budget and none of these proposals have become law. We are confident that most of the programs will continue to be funded at or near current levels for the near future. But the budget is the clearest, most comprehensive picture we have of the dangerous direction in which President Trump wants to take the country. And it’s a call to arms for everyone to protect successful programs that Americans support and benefit from every day.