At the 11th hour, a vengeful display of power in Raleigh 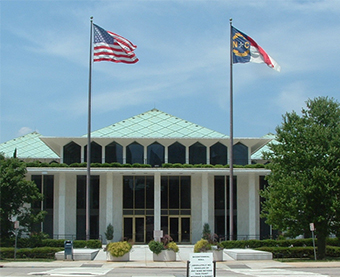 North Carolina lawmakers have set about a brazen scheme to strip powers that McCrory enjoyed from the incoming Cooper administration.

You probably heard that last week North Carolina Gov. Pat McCrory, a Republican, conceded to his Democratic challenger, Roy Cooper. It was a close race that dragged on for nearly a month after election day.

Upon conceding, Gov. McCrory told North Carolinians with a grin that “we now should do everything we can to support the 75th governor of North Carolina, Roy Cooper.”

But it was widely rumored and is now abundantly clear that members of McCrory’s party in the state legislature had something else in mind. Last night, lawmakers set about a brazen scheme to strip powers that McCrory enjoyed from the incoming Cooper administration.

As has become traditional in North Carolina politics, lawmakers wove a deliberately tangled web. Over the weekend, Gov. McCrory called a special session ostensibly for the purpose of passing a recovery bill for communities impacted by Hurricane Matthew. But the agenda wasn’t restricted only to funding recovery efforts and it left room for “any other matters” legislators wanted to consider.

After days of deflecting questions and refusing to explain their priorities for the “emergency session,” Republicans introduced a slew of bills that would make sweeping changes and dramatically shift the balance of power away from the governor.

For instance, a House bill would alter Governor-elect Cooper’s ability to appoint the heads of departments such as the N.C. Department of Environmental Quality by requiring the state Senate to confirm cabinet members. A bill in the Senate would give more power to the Republican-majority state Court of Appeals and make it less likely for legal challenges on environmental and any number of other issues to reach the more Democratic-friendly state Supreme Court.

Reminiscent of the legislature’s fast-tracked passage of House Bill 2, known as the “bathroom bill,” the power grab is receiving national attention (see here and here). It’s also causing backlash from North Carolinians and hundreds have crowded the state capitol in Raleigh to protest, among them residents that suffered the impacts of Hurricane Matthew.

“The politicians in Raleigh are treating flood victims like political pawns,” Michelle Herring of Kinston told Progress NC Action. “If this special session was supposed to be about disaster relief, and relief funding has already been agreed to, then why are we still here?”

In an editorial this morning, the Charlotte Observer editorial board described the state leaders’ actions as both “breathtaking and hardly surprising” and defined by an “all-too-familiar disrespect for democracy.”

Legislators plan to start voting on bills at 2:30 p.m. today. There’s still time to call your representatives. Let them know you’re watching and that North Carolinians are tired of their shady, undemocratic dealmaking.

Find the contact information for your House Representative and your state Senator.