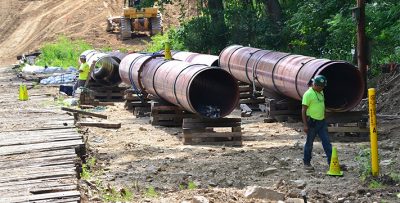 The pivot toward gas is especially pronounced in the eastern U.S., with Duke at the forefront of a historic fuel switch.

It’s both a sign of the times and a warning of things to come. Duke Energy’s purchase of Piedmont Natural Gas was finalized this week after North Carolina utility regulators signed off on the deal.

Duke executives say the $4.9 billion acquisition will bolster the company’s position in the natural gas sector by tripling its existing base of 525,000 gas customers and expanding its footprint into Tennessee. Their cheerful announcement also casts natural gas in a familiar light — as the clean, climate-friendly fuel of the future.

“This combination provides clear benefits to our customers and the environment as we continue to expand our use of low-cost and clean natural gas and invest in pipelines,” Duke Energy CEO Lynn Good said in a statement.

These days, terms like “clean” and “low-cost” come standard with efforts to tout the environmental and economic benefits of natural gas relative to other energy sources. By now, they should also set off alarm bells.

One of the nation’s largest electric providers, Duke has brought four natural gas-fired power plants online in North Carolina since 2011 to replace shuttered coal-fired capacity. Earlier this year, the company received expedited approval of plans to convert a fifth, its Asheville plant, from coal to gas.

A similar story is playing out in other states where Duke operates. Florida, which ranks third in solar potential but 14th in installed capacity, relies on gas to meet two-thirds of its electricity demand. Duke subsidiary Progress Energy operates several gas-fired facilities in the Sunshine State, including the 1,912-megawatt Hines Energy Complex.

Other large investor-owned utilities aren’t far behind. Florida Power & Light, also among the nation’s largest electric utilities, and Duke are partners in the controversial $3.2 billion Sabal Trail Pipeline, which will stretch nearly 500 miles from Alabama to central Florida.

Duke based its decision to purchase the Charlotte-based Piedmont on sustained market trends that forecast a continued expansion of natural gas’ role in the nation’s energy mix. The pivot toward gas is especially pronounced in the eastern U.S., with Duke at the forefront of a historic fuel switch. 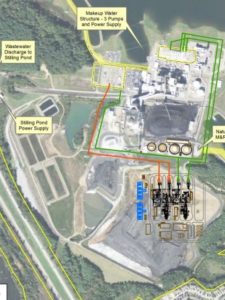 Earlier this year, Duke received expedited approval of plans to convert its Asheville plant from coal to gas, the fifth plant to switch fuels since 2011. Click to enlarge.

“A thoughtful transition is what we are seeking, not a headlong rush to dependency on any one fuel,” Duke’s director of integrated resource planning, Glen Snider, told the Charlotte Business Journal.

Fair enough. Duke often claims credit for diversifying its portfolio ahead of the curve, although North Carolina’s renewable energy standard and tax credits for renewables have played a considerable role. But today, the company’s large stake in the $5 billion proposed Atlantic Coast Pipeline threatens to counteract that thoughtful transition. If the 550-mile pipeline is built, Duke’s gas-burning power plants would be among its primary users.

Continuing to invest in massive pipelines designed to last decades could result in stranded assets, costly liabilities created when capital-intensive projects like pipelines or power plants are forced to retire before the end of their economic usefulness. This is especially true if the United States plans to do its part to meet international climate goals.

“We’ve been building gas power plants like crazy for the last 10 years,” Lorne Stockman, the author of a report on gas infrastructure for the group Oil Change International told Utility Dive. “I don’t see anyone really sitting down and saying how many more can we build if we are really going to make this transition.”

Replacing existing gas capacity with renewables may be unlikely in the near-term. But that doesn’t make the long-term planning decisions being made today any less problematic, because they foreshadow an energy future that experts are urging us to avoid.