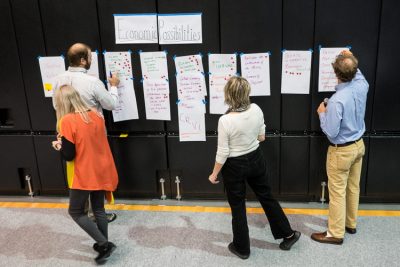 Back in February, a bill was introduced in Congress that would expedite funding to clean up old coal mining sites and redevelop them with a specific goal of fostering economic growth in surrounding communities.

It was a turning point in the unfolding narrative about the future of Appalachia, and we have been working ever since to pass the RECLAIM Act.

The bill is in committee and the language is expected to change a bit in the coming weeks. As Congress considers those changes, lawmakers should look to communities impacted by the coal industry, in Appalachia and across the country, whose perspective is vital to the RECLAIM Act’s success.

As it currently stands, the bill would distribute $1 billion over five years to states and tribes to clean up abandoned mine lands while promoting economic development. The funding comes from an existing pot of money, the Abandoned Mine Land Fund, comprised of coal company fees paid over the past 40 years.

Most coal mine sites that closed prior to the passage of the Surface Mine Control and Reclamation Act in 1977 were never properly cleaned up, and present environmental and public health risks. The RECLAIM Act aims to create innovative economic opportunities by addressing historic environmental problems in communities with significant economic distress. The bill could put laid-off miners and other local residents to work reclaiming abandoned mines in ways that develop long-term economic opportunities in agriculture, recreational tourism, renewable energy and more. 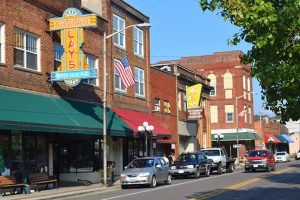 The town of Coeburn in Wise County, Va.

It’s a “win-win-win” approach if ever there was one. And it’s just the right thing to do. The bill’s patron, Rep. Hal Rogers of Kentucky, agrees. “We decided that whatever we did would have to be sprung from within,” Rogers told The New York Times.

There are now nine Republicans, including Rogers, as well as six Democrats sponsoring the RECLAIM Act, which closely resembles a White House proposal that is unanimously supported by more than two dozen local governments in Central Appalachia. Appalachian Voices is working with regional allies, including Appalachian Citizens Law Center and Kentuckians For The Commonwealth, to pass the RECLAIM Act, as are national environmental organizations like the Sierra Club.

I won’t spend time explaining why some of these folks typically don’t get along; calling them “strange bedfellows” will have to do. Yet our differences have not been enough to stop our momentum, much of which is based on a shared belief that how RECLAIM Act funding is allocated, and what projects get funded, must come from the communities.

Appalachian coal producing states — West Virginia, Kentucky, Virginia, Tennessee, Pennsylvania, Ohio and Alabama — would each receive millions of dollars under the RECLAIM Act to clean up mine sites, but only some. The estimated funds needed to clean up all abandoned mine lands in those six states is well into the billions of dollars. So deciding which sites are chosen, and what economic development projects are pursued, is paramount.

As the House Natural Resources Committee starts markup on the bill this month, Appalachian Voices and other public interest groups offer these principles as the foundation for the bill’s language:

(Read the full set of principles and criteria.)

It’s possible the bill will not live up to these principles. In the past, some state agencies have failed to seek out ideas and input from community members, or have done so after the fact, having already decided on important issues. And in the past, those decisions have sometimes been influenced by politics, and reclamation funding has gone to wealthier areas, and to out-of-state corporations, instead of where it is most needed.

The RECLAIM Act offers people who care about our region a critical opportunity to improve communities throughout Appalachia, and I believe it will. We will push every step of the way to ensure the bill is as strong as it should be so that when it passes, communities are in the strongest possible position to control their own future.