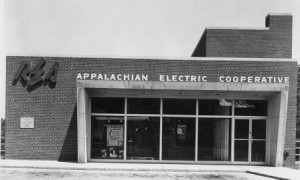 As one rural electric cooperative in Appalachia expands clean energy and technology, other utilities in the region can learn from its example of leadership.

Appalachian Electric Cooperative (AEC), like many other utilities in the region, was created to provide electricity to underserved areas of rural Appalachia that for-profit companies would not dare touch, and hence serves relatively few consumers. Today, though, AEC is making decisions that set it apart.

Seventy-five years after being established, the co-op is launching a community solar program, conducting a feasibility study for fiber optic internet and leading the way forward for rural energy efficiency programs in Tennessee. In other words, this engaged co-op is proving that East Tennessee has what it takes to be an energy leader in Appalachia.

The solar project is partially funded by one of two grants Tennessee Valley Authority recently awarded for community solar development. AEC will use almost 9,500 photovoltaic panels to produce 1.4 megawatts of electricity — enough to power an estimated 115 homes for a year. So, despite the fact that many of the co-op’s members face socioeconomic challenges, they, too, can participate in the clean energy revolution thanks to AEC’s leadership and upfront investment.

As AEC general manager Greg Williams was quoted as saying in the Jefferson Post:

“Our ‘Co-op Community Solar’ program will make it possible for our residential and commercial members to reap all the benefits of solar generation—including both cost-effectiveness and environmental sustainability—without having to hassle with the challenges involved with installing photovoltaic panels and the ongoing maintenance costs required to keep them performing at maximum capacity. It’s also a powerful feeling to be a part of something with positive environmental impacts that extend much farther than those of any single individual.”

AEC is also providing free energy audits and developing new energy efficiency programs to help its members improve the safety and comfort of their homes while reducing their electric bills. This is especially important for residents in the co-op’s service area, where the average poverty rate is 19.3 percent and the median household income is 30 percent lower than the US average.

Appalachian Voices has been focusing on energy efficiency as a first step to ready the region for a new energy economy. The Southeast has 29 percent of the nation’s energy efficiency potential — energy we’re paying for that’s being wasted. Our Energy Savings Program seeks to encourage co-ops to provide upfront financing for customers to do weatherization and other energy efficiency improvements, so they can start reducing energy costs right away while repaying the financing on their monthly bill through those savings.

AEC recently marked its 75th year of service, with more than 1,000 members attending it’s annual meeting celebration. When is the last time you partied down with your utility? As the co-op says in its membership materials, “ … the Co-op is neighbors helping neighbors; at AEC, you’re not just a utility customer, you’re a member owner.”

The Southeast has almost half of the electric cooperatives in the nation, many of which are providing the best kind of power – people power!