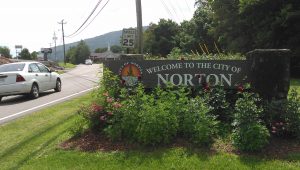 The city of Norton, in southwest Virginia, just took an important, forward-looking leadership position in the effort to diversify the region’s economy and create a healthier, more sustainable future.

Tuesday evening, the city council voted unanimously in favor of a resolution supporting the POWER+ Plan, the federal budget proposal to steer billions of dollars for economic development and diversification to Appalachia’s coal-impacted communities, including those in Virginia. It’s the first such local resolution of support in the nation for the plan, proposed earlier this year by the White House.

Please contact your Senators now to make sure they support a budget that includes a path forward for Appalachia.

Appalachian Voices championed this resolution with Norton’s leaders, and commend them for leading the way on this vital issue. We and our partners have been working throughout Central Appalachia to promote this vital opportunity, which would fund job retraining and infrastructure investments, as well as direct new funding to clean up abandoned mines.

The POWER+ Plan creates new funding and bolsters existing federal programs designed to diversify the economy in areas that have relied heavily on coal and have seen job losses as a result of the contracting coal economy in recent years.

Here’s the text of the resolution:

WHEREAS: The POWER+ Plan is a component within the 2016 federal budget proposed by President Obama; and

WHEREAS: The POWER+ Plan, if approved by Congress, would authorize billions of dollars in federal programs targeted to improve the economy of the Appalachian Coalfields, including the economies of Southwest Virginia and the City of Norton; and

WHEREAS: The Plan specifically includes increased funding for the Abandoned Mined Land Fund, Appalachian Regional Commission, and the United Mine Workers of America Health and Pension Plan; and

WHEREAS: The City of Norton desires to invest resources to adapt to new economic circumstances facing our region and the increased federal funding targeting our region that would help to leverage local efforts;

NOW, THEREFORE, LET IT BE RESOLVED THAT the City of Norton supports any initiative, such as the proposed increased funding noted above as included in POWER+ Plan, and that the City encourages Senators Kaine and Warner and Congressman Griffith to support any plan that targets redevelopment funding opportunities for our region.

Ask your senators to support the POWER+ Plan.