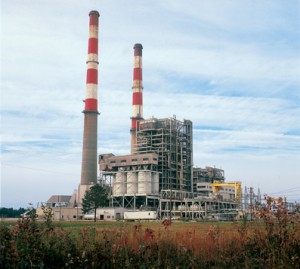 The N.C. Department of Environment and Natural Resources announced a record-high $25 million fine for pollution at Duke Energy’s Sutton plant (above). The agency also updated coal ash permits at other sites to monitor pollution — and protect the company. Photo from Duke Energy Flickr.

This week, Duke Energy and the N.C. Department of Environment and Natural Resources added a new chapter to the coal ash saga.

On the heels of recent news that Duke Energy agreed to pay $102 million to resolve the federal charges for the company’s criminally negligent handling of coal ash at four out of 14 of its coal plants in North Carolina, DENR announced Tuesday that it is charging Duke Energy $25.1 million for coal ash pollution at the Sutton power plant near Wilmington.

$25.1 million is the largest fine DENR has ever issued, and though the fine is substantial, it’s long overdue and does nothing to remedy the pollution problems that persist at the Sutton site (not to mention Duke’s 13 other sites). For a company that made $1.9 billion in profits last year, $25 million isn’t breaking the bank, but it is making a statement. Which raises the question, is it just a statement, or is it a precursor to Duke finally cleaning up its coal ash across North Carolina?

A few days prior to DENR’s announcement of the fine, the agency released updated permit drafts, proposed to “better protect water quality near coal ash ponds until closure plans are approved.” Sounds good, right? Unfortunately, that’s the best part about the permit rewrites, they sound good.

Unpermitted leaks and seeps at Duke’s coal ash ponds that led to the criminal charges filed last month, will now be permitted as legal discharges. Though permitting the pollution will force monitoring, it does nothing to stop or even stymie the toxic discharges.

North Carolina, like the rest of the country, has very few limits on the amount of pollution power plants can discharge directly into our waterways. In fact, the federal rules regulating direct discharges from power plants have not been updated in 32 years, and those rules allow unlimited discharges of many of the toxic constituents in coal ash pollution, including mercury, arsenic, lead, and selenium. By rewriting Duke’s permits, DENR is resolving violations of the Clean Water Act, not by stopping the illegal discharges, but by issuing permits for them.

Accompanying the new permits and record-high payments are vague promises from both DENR and Duke Energy that the coal ash will be cleaned up eventually. Though the state’s coal ash law requires closure plans for all sites by the end of 2016, if a site is categorized as low priority, Duke will be allowed to simply “cap-in-place” its coal ash. “Cap-in-place” is a questionable practice that comes with the risk of continued contamination from ponds near waterways or sitting in groundwater. For the 10 communities that have yet to be categorized as low, medium, or high priority, this is a huge concern.

It appears that Duke Energy is working hard to clean up its image and settle the numerous lawsuits it faces. On Tuesday, the company announced that it would pay $146 million to settle a lawsuit related to the company’s 2012 merger with Progress Energy. Once again, the sum is substantial in comparison to similar settlement agreements, indicating that Duke Energy’s deceit was substantial in this case as well.

Both DENR and Duke Energy want North Carolinians to believe they are doing the right thing. Only time will tell if the company will uphold its vague promises and stop polluting North Carolina communities and their drinking water with coal ash.