Lenny Kohm was an activist who inspired countless people from the Arctic to Appalachia to stand up and exercise their right to protect the land and communities they love. Below are just a fraction of the tributes already made to this hero known by many as “The Chief.” As renowned writer Terry Tempest Williams so eloquently stated:
“He was singular in his wit and wisdom for the wild. Passionate, smart, and humble, he touched all of us … His legacy is love.” 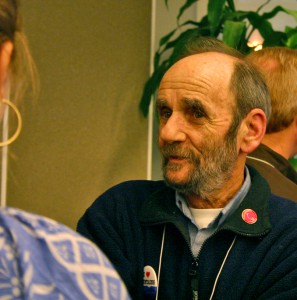 Lenny Kohm devoted nearly 30 years of his life to helping people find and use their voice for change. Talking to an attendee at a citizen lobby training in Washington, D.C.

“When you work for justice,” Lenny would say, “you have a kind of magic. Your job is to go out and give that magic away. You can’t try to hoard it or it disappears, but if you keep giving it away you never run out…” [Read More]

My favorite thing about Lenny was that he wasn’t just about the land, he was equally about the people. When asked what he did for a living, he would always respond, “I’m in the people empowerment business.”

An Advocate for the Wild Places

By Brooks Yeager, Former Deputy Assistant Secretary for Environment and Development at U.S. Department of State

Most of all, he loved the way ordinary Americans respond when they see clearly what is at stake in a conservation struggle. He believed in the American people, in their judgment, in their fairness, and in their love for their land…” [Read More]

I am immensely grateful to have known and learned from this giant spirit of a human being and activist, and will always remember his mantra:
“We have to win, it’s not an option.” 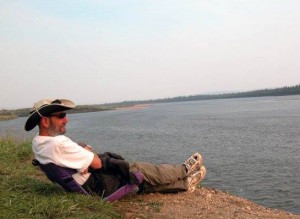 Lenny Kohm on a river in the Arctic Wildlife Refuge, Yukon Territory.

Armed with his belief in the power of ordinary people to change the world, Lenny inspired thousands across the country to take time in their lives as mothers, fathers, doctors, electricians, or teachers to stand up for our common natural heritage, from the Arctic to Appalachia. He was — and is — a legend among activists…” [Read More]

Lenny was an activist, a teacher, a philosopher, a warrior, a mentor, a friend. He changed the way I thought about activism and offered me guidance when I needed it over the years. He was always generous with his trustworthy wisdom, but perhaps the most enlightening thing Lenny ever said to me was during an interview we did with him back in 2008:
“If everyone woke up and said, ‘You’ll have to go through me, too’ then we’ve already won.”

I will miss you, Lenny. Thank you for helping me recognize and embrace my own personal power, for reminding me that it’s ok to laugh even when the battle is raging around us, and for inviting me to sit at the “grown-ups table” of environmental activism.
They will have to go through me, too. 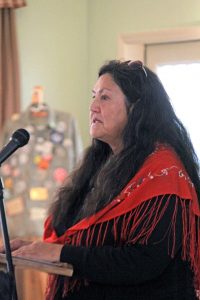 Mary Anne Hitt, director of the Sierra Club’s Beyond Coal Campaign (bottom) and Luci Beach (above), representative of the Gwich’in Nation, were among the speakers at the October memorial celebration, while friends in Negril, Jamaica, made buttons for the beach-side ceremony (top left). 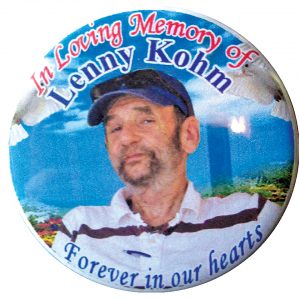 On a perfect, sunny Appalachian October day, friends and family gathered at the base of Grandfather Mountain, N.C., to honor and celebrate the life and legacy of “The Chief.” We came from all across the country — folks California and the Yukon came the furthest, while others traveled from West Virginia, Florida, Tennessee and just around the corner from his home in Todd. We spent the afternoon listening to loving tributes filled with lots of laughter (and not a few tears). The Jewish Kaddish was read, and a Luci Beach from the Gwich’in Nation played a quitter’s requiem. And after a good old-fashioned potluck, we sat around a bonfire deep into the crisp autumn night, sharing stories and raising a toast (or three) to The Chief we all loved and admired.

And on another lovely, sunny day in early December, a group of friends traveled to Negril, Jamaica, — a place that Lenny dearly loved and that had become his second home — to scatter his ashes into the clear, blue waters of the Caribbean sea and celebrate his life with his Jamaican friends. Affectionately known as Lennystock, the trip had originally been planned as a celebration for Lenny’s 75th birthday.

As the Chief would say, if you’re going to do something, “Do it in a good way.”

[ Stories, pictures and video from the Memorial Celebration ] 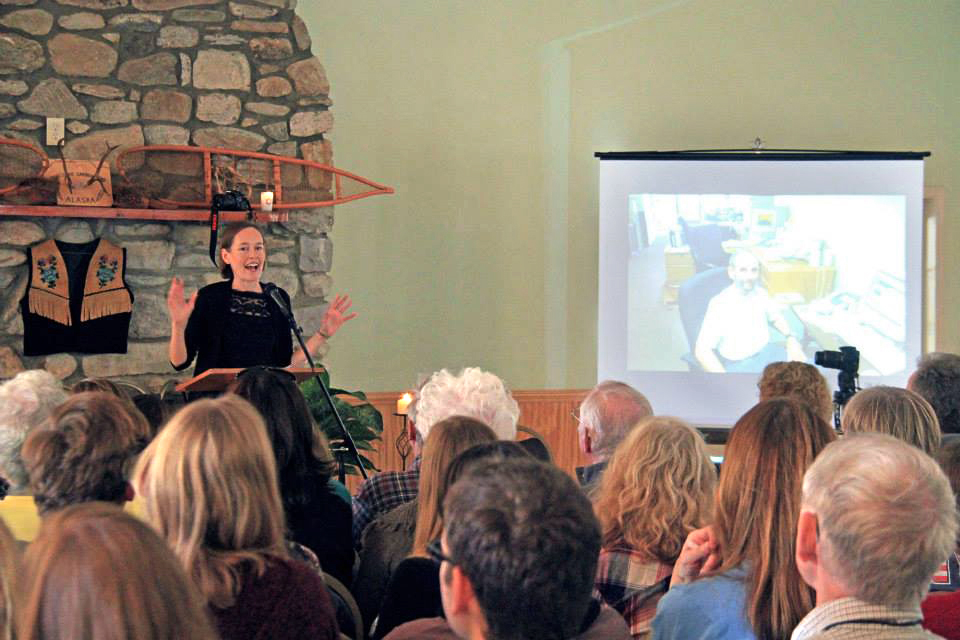