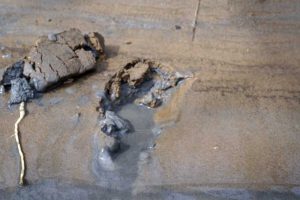 Nearly six months have passed since news of the Dan River coal ash spill first reached the public in North Carolina. Since that time, Duke Energy has been working slowly to vacuum up the large, readily identifiable deposits of coal ash from the approximately 39,000 tons that spilled. Most of the cleanup has been focused close to the location of the broken pipe and near Danville, Va., where sediment was trapped behind the low Schoolfield Dam.

Nearly six months of work, and a staggering six percent has been recovered – staggering for how little that is. Duke and the U.S. Environmental Protection Agency, which was overseeing the work, seem satisfied with this recovery rate and have declared the cleanup complete, leaving behind more than 35,000 tons or slightly more than 90 percent of spilled coal ash in the Dan River.

Let’s look at it from another perspective. Say you ask your teenager to clean up his messy bedroom. He picks up a few articles of dirty clothing from the floor and puts them in the laundry, and calls it quits. “That’s it?” you ask.

The sad truth is the premature ending of the cleanup means the Dan River will forever be sullied by the toxic, dark grey ash that lurks below the surface. Coal ash does not biodegrade. It will remain in the river unless removed.

So, where is the remaining 35,000 tons (130 thousand cubic yards) of ash, and why is it not being removed? One of Duke’s replies has been that such a thin layer exists over such a large area – about 70 miles of river that it’s impractical or nearly impossible to recover. But remember the Kingston, Tenn., disaster that spilled 5.4 million cubic yards (1.4 million tons) of coal ash into the Emory River in 2008? The Tennessee Valley Authority, which owns the Kingston coal-fired power plant, worked for six years on the cleanup. Ultimately, TVA removed 3.5 million cubic yards of ash in a 12-month period, with 85 percent of the ash being removed in 10 months. This fact makes Duke Energy’s six percent in six months an outrage and a failure.

Another argument has been that continued dredging will stir up more contamination. This is the same argument that has been used by polluters in other spill sites as justification to quit work before the work is complete. When GE spilled PCBs in the Hudson River between 1947 and 1977, it declared that the cleanup would destroy the river and dry up the local economy. However, dredging in Plattsburgh, N.Y., reduced PCB contamination by 90 percent, did not disrupt the community, and was deemed a huge success. 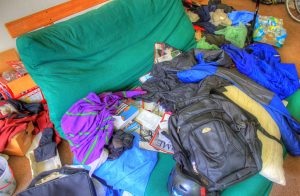 Returning to the teenager’s messy bedroom, you ask why he hasn’t cleaned up the rest of the junk. “Well there’s so much dust and grime, if I pick up anything else, it’ll just get everywhere.”

Would you accept that answer? I didn’t think so. Then why are North Carolinians expected to accept such a pitiful cleanup of one of our most treasured rivers. We have fallen far short of even half-assed. Every excuse from Duke Energy is like the little boy crying wolf. Most of the actions they say cannot be done, have been done in other states, and done successfully. How long before someone calls their bluff?

The coal ash bill currently in conference committee to reconcile the differences between the state Senate and House versions doesn’t have a regulatory backbone or enforcement teeth. It fails to stand up to the toxic threat to our citizens, and instead of providing accountability, it continues to accommodate Duke Energy. It actually helps pave the way to relieve Duke of responsibility for real cleanup at all of its coal ash pits. With so much at stake, so much public outcry, documented contamination and national attention, this bill is simply not good enough.

1 Pings/Trackbacks for "What do Duke Energy and a messy teenager have in common?"