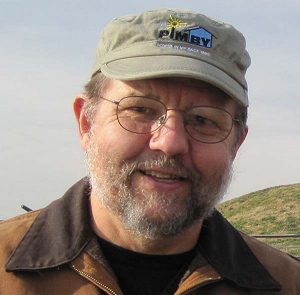 In 1974, a trip to West Virginia changed the course of Bill Howley’s life. The recent Yale graduate was immediately entranced by the taste of blackberries, the view of receding ridgelines and the smell of Appalachia in June. Three years later, he purchased 46 acres in a West Virginia valley and made that land his home. Today, Howley and his wife Loren tend a productive garden, several acres of farmland, a pair of farm draft horses and a blacksmith’s forge.

For Howley, all these activities maintain his connection to the land — a connection that has also led him to become a strong opponent of any threat to the land of West Virginia. A supporter of clean energy, advocate of distributed power generation and organizer against large-scale power lines, Howley is an unsung hero of Appalachia.

In 2008, a consortium of power utilities announced plans to construct a long distance, high-voltage power line through West Virginia. Not only would the construction of the line — known as PATH — clear more than 6,000 acres of rural Appalachian land, it would also enable West Virginia coal plants to export more energy to East Coast cities, burning more coal in the process. 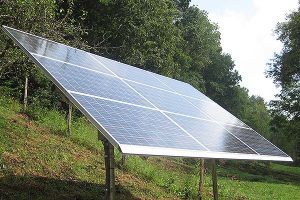 Having previously fought against herbicide spraying by electric utilities, Howley worried that the public discussion of PATH was overlooking the project’s effects on the land and its people. He started The Power Line, a blog dedicated to informing the public about local impacts. As he explained in a founding post on the blog, “if you want to come across me with your big power lines, you have to start talking about the land.” Soon, officials at the state agencies that regulated the utilities were reading his words and private citizens were repeating his arguments at hearings on PATH across the state.

In 2012, after four years of resistance, the utilities dropped the PATH proposal. Today, with his initial goal achieved, Howley continues to use The Power Line to educate citizens across the country about new transmission line projects and clean energy issues. Howley also serves as chairman of a citizens’ group known as the Coalition for Reliable Power, advocating for distributed power generation and clean energy across West Virginia.

Howley and his wife have taken these two issues to heart, recently installing fifteen solar panels on their home. Capable of producing up to seventeen kilowatt-hours per day, the panels now supply almost all of their electricity. For Howley, this is his vision of the future: large-scale transmission lines will dwindle as ordinary citizens create and distribute their own, more sustainable power.

“My long-term goal is to increase the level of activity and control by West Virginia citizens over their electrical system,” he explains. “It begins with doing away with the magical thinking that power companies have fought hard to create: that when you flip on your light switch and the light comes on, that this is like magic . . . We can develop the technologies and our understanding of those technologies so that we can produce our own electricity.”