The four were part of a 10-student cohort employed through the Solar Workforce Accelerator program, a partnership among Mountain Empire Community College, Secure Futures Solar, GOT Electric and the Solar Workgroup of Southwest Virginia.

The apprentices received $500 each to participate in classroom training in industrial safety, construction, the national electrical code and solar power installation.

Hands-on training began in June as the apprentices worked alongside GOT Electric technicians for eight weeks installing solar panels at Wise and Lee County public schools. Each student was paid $17 per hour, received a set of tools and will earn nine credit hours toward MECC electrical courses.

“I signed up for the money,” said Noah Mullins, one of the students from Wise County. “But this is a once-in-a-lifetime opportunity with what they gave us.” 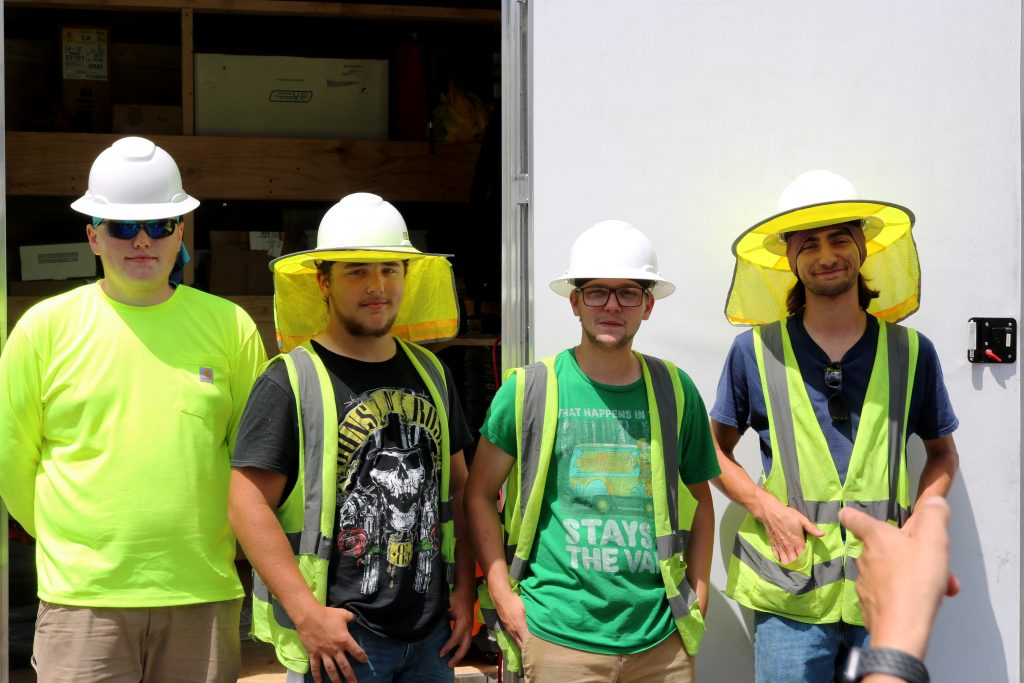 “The hands-on training is great,” said Zack Phipps, another student from Wise County. Fellow apprentice Anthony Hamilton agreed. “Yeah, you can see every step of the way, and at the end you can say, ‘I built that.’”

“Anything they do, they instantly show us how to do it,” added Mullins. “I try to learn as much as I can. If I see somebody doing something I haven’t done before, I’ll ask them if I can learn how to do it.”

The Solar Workforce Accelerator program is among a number of victories for renewable energy advocates in Southwest Virginia. Through persistent work to address systemic barriers, communities across the state’s coalfield counties are now diversifying their economies and energy options with solar power.

Many of the renewable energy achievements in the region may be attributed to the Solar Workgroup of Southwest Virginia. Formed as a result of the 2016 SWVA Economic Forum hosted by UVa-Wise, the Solar Workgroup is made up of local governments, nonprofit and community action groups, colleges and state agencies. The group is open to all interested residents and businesses. Appalachian Voices, the publisher of The Appalachian Voice, is a co-convener of the workgroup.

Passage of the Virginia Clean Economy Act during the 2020 General Assembly helped set the stage for solar growth in the commonwealth. The Clean Economy Act set ambitious goals for renewable energy and created a mandatory schedule for phasing out fossil fuels by 2050.

Additional legislation and subsequently updated contracts gave local governments more power to negotiate permits with solar developers. These efforts raised limits on net metering, which allows utility customers to send energy generated by their solar panels back to the grid to offset power costs. This work also expanded access to power purchase agreements that allow third-party owners to operate solar arrays on behalf of clients. Both the Wise and Lee county school projects are power purchase agreements, and in Lee County, three schools will receive roof restoration services as a part of the package. 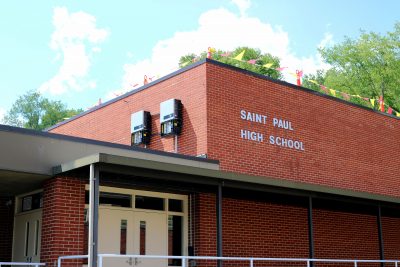 Solar power systems like the one in St. Paul, Va., will be installed at 11 schools in Wise and Lee counties by mid-2023. Photo by Ben Bolling.

“There’s more to be done, like raising caps on net metering,” says Matt McFadden, business development associate and solar project coordinator with Secure Futures. “But there’s been some really encouraging progress.”
“Just one example: the Solar Finance Fund has been a godsend for solar development in this region,” says McFadden.

In Southwest Virginia, other solar projects in development include the Mineral Gap Data Center in Wise County, the first abandoned mine land site to be converted to solar in the state. In Buchanan and Tazewell counties, local manufactures once tied to the coal industry supply chain are beginning to pivot their businesses into energy storage applications like electric vehicle charging stations and products for batteries.

“They all fit together,” says McFadden. “With the energy storage projects and the large utility-scale stuff, you’re going to need workers that know solar and you’re going to have those local folks available to do the work ratherthan having to transport a workforce in. I think there’s still some thought that solar is trying to take jobs from someone else and we’re not. We just want to add an option.”

The apprentices in the Solar Workforce Accelerator were glad to have the option. Following the summer training program, Zack Phipps said, “I’m planning on going up to MECC and get an associate’s degree to help forward a career in the solar industry.” Isaiah Meeks agreed, “I’d like to be an installer and an electrician with this company if they’ll have me.” 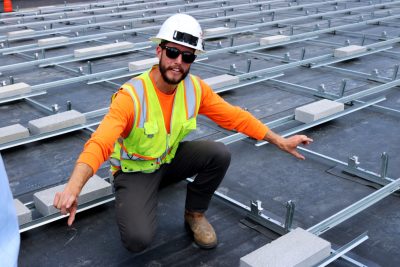 “For students interested in careers in energy technology, it has been difficult in the past to see the value of pursuing training in emerging technologies like solar power because it wasn’t clear that work in the field would be available in the local area,” says MECC President Kristin Westover. “This program is different because it offers the prospect of careers that are based right in Southwest Virginia.”

McFadden remains excited about the ongoing potential for employment opportunities and solar energy production in the region.

“Southwest Virginia has always been an energy producer,” he says. “We want to help out with some of the jobs that have been lost, save the schools some money on the power bill, and create some long-term employment options.”

Learn more about the Solar Workgroup of Southwest Virginia at swvasolar.org.