To protect groundwater and community health, coal ash ponds must be cleaned up. But safely removing the toxic waste brings its own set of challenges.

Throughout the Southeast, the last decade has seen major strides in the clean up and management of coal ash.

“Utilities in North Carolina, South Carolina and Virginia are cleaning up every one of their unlined waterfront coal ash lagoons, and half of the unlined lagoons in Georgia and several in Tennessee are also being cleaned up,” says Nick Torrey, a senior attorney with Southern Environmental Law Center, an environmental law organization deeply involved in coal ash cleanup litigation across the South.

“However, there is still a major threat from unlined coal ash pollution in Georgia, Alabama and Tennessee,” says Torrey. 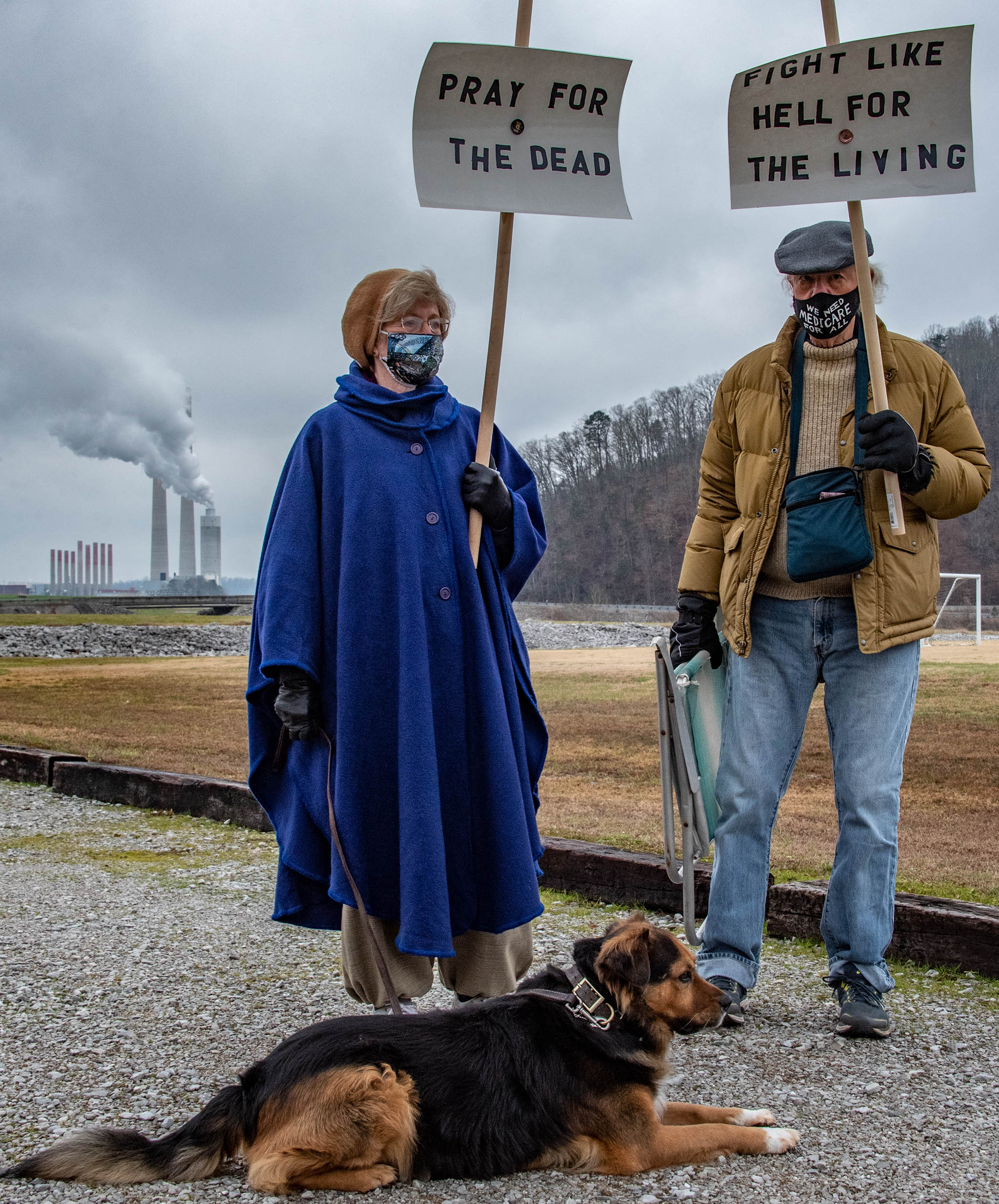 Supporters of the workers and families harmed during the Kingston coal ash spill hold signs at a vigil on Sunday, Dec. 19, 2020. Photo by John Todd Waterman

Cleanup may accelerate following the Biden administration’s January 2022 announcement that the EPA would enforce the federal coal ash rule. This rule — the nation’s first and only law governing coal ash cleanup — went into effect in 2015.


Among other regulatory measures, the rule required roughly 500 unlined coal ash ponds across the country to stop receiving waste and prepare for closure by 2021, but it wasn’t fully enforced under the Trump administration, and, in fact, some guidelines were rolled back.

The Biden administration’s announcement received a warm reception from environmental and public health advocates. But as cleanup discussions proceed, one community looms large in a cautionary tale: the workers who cleaned up the 2008 spill at the Kingston Fossil Plant in Harriman, Tennessee.

The ongoing struggle Kingston workers and their families face offers a reminder of the necessity of community safety as the U.S. confronts the challenges of coal’s toxic legacy.

Coal ash is an umbrella term for the waste produced when power plants burn coal to produce electricity. It contains 25 heavy metals, including arsenic, mercury, lead, selenium and radium, as well as other toxic chemicals that have been linked to a variety of severe health issues including cancers, heart disease, reproductive failure as well as brain damage in children.

Coal ash is the second largest source of waste material in the U.S. behind household trash.

With the Clean Air Act of 1970, Congress enacted regulations governing air emissions from power plants. To reduce air emissions, some coal-fired facilities across the country began mixing coal ash with water to form a sludge that was then stored in earthen trenches known variously as either ash lagoons, surface impoundments or coal ash ponds. Virtually unregulated for decades, today over 700 of these sites — 95% of the coal ash ponds across the U.S. — lack liners to protect nearby groundwater from contamination with toxic substances according to the utilities’ own groundwater monitoring data.

It’s difficult to overstate the role the 2008 Kingston spill played in raising national awareness of coal ash management. Though the environmental scope of the disaster was immediately apparent, in the intervening years the flagrant disregard for the safety of the workers who cleaned up the spill has become another shameful legacy of the Kingston catastrophe. 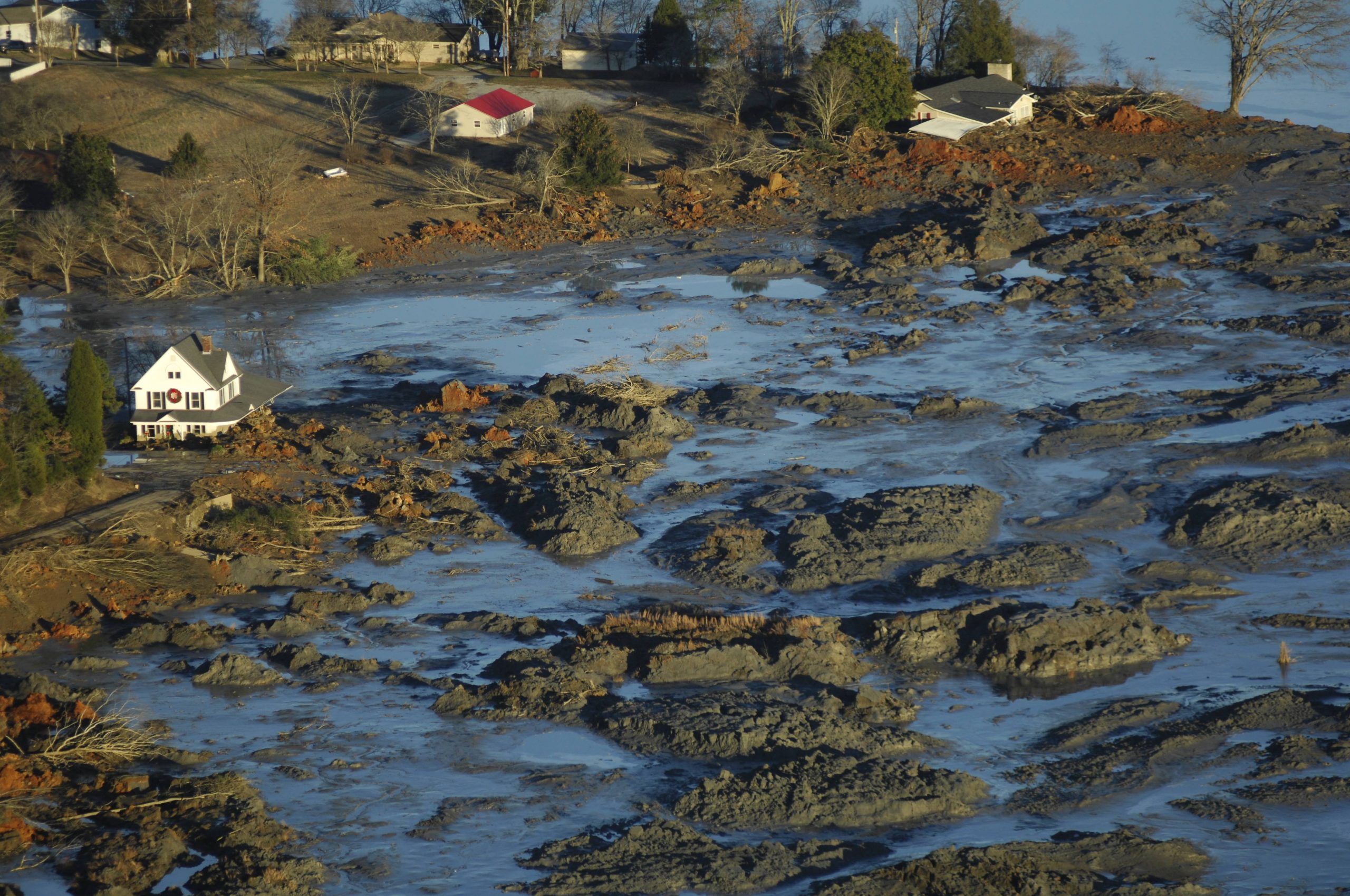 Aerial photo of the immediate devastation following the Kingston coal ash spill in December 2008. Photo by Dot Griffith and flight courtesy of Southwings.

“These workers, they were working very, very long hours,” says Julie Renee Bledsoe, whose husband Ron worked cleaning up the Kingston spill. “Double shifts, sometimes triple shifts. Just time to go home and sleep and turn right around and go back. So they were exposed for many hours. We didn’t know hardly anything about coal ash at the time, and the people overseeing the cleanup assured everybody, ‘You’re safe. This stuff is safe enough to eat. It’s not going to do anything to you.’ So we trusted. We trusted TVA.”

In 2013, over 200 workers and more than 100 spouses of workers filed claims against Jacobs Engineering, the company contracted by TVA to supervise the cleanup at the Kingston plant. The workers and their families claim that they were not provided personal protective equipment to shield them from exposure to toxic coal ash. Jacobs Engineering denies these allegations.

“I can’t believe this happened in the United States of America,” says Bledsoe. “Why would you not protect people who are doing a job for you? Why would you tell them, ‘No, you can’t wear a dust mask.’ We later found out that they didn’t want to alarm the community. They didn’t want the workers in Tyvek suits and respirators and face masks. They were afraid of more lawsuits, and they wanted everything to look good.”

For nearly a decade, the Kingston workers’ case has meandered through the federal court system.

In the first part of a two-phase trial, a jury in 2018 decided that workers’ injuries and deaths could have been caused by exposure to coal ash and that Jacobs Engineering failed to “exercise reasonable care” to protect workers. In the next phase of the federal trial, the workers must prove that their illnesses — ranging from lung cancer and emphysema to skin cancer and chronic obstructive pulmonary disease — are the result of coal ash exposure and not other factors.

“My husband’s never smoked cigarettes a day in his life,” Bledsoe says. “He’s lived a very, very healthy life. He exercised a lot, watched what he ate. The last thing my husband should have been diagnosed with was COPD.”

In 2020, U.S. District Judge Tom Varlan halted the federal case when Jacobs Engineering cited Tennessee’s Silica Claims Priorities Act to argue that the Kingston workers should have to prove silica-specific injuries like pulmonary fibrosis in order to seek damages. The workers’ legal team contends that because their clients are seeking claims for injuries caused by other harmful coal-ash constituents such as mercury, arsenic and lead, the silica law should not apply.

The Tennessee Supreme Court heard the silica appeal from Jacobs Engineering on June 1, 2022, but a ruling on the matter is not expected for weeks or months.

Should the Tennessee Supreme Court decide that the silica priority rule applies to coal ash, the Kingston workers will face greater challenges recovering damages for the injuries and deaths they say have been caused by toxic exposure. Such a ruling could also negatively impact future claims in states with similar silica and mixed dust statutes. 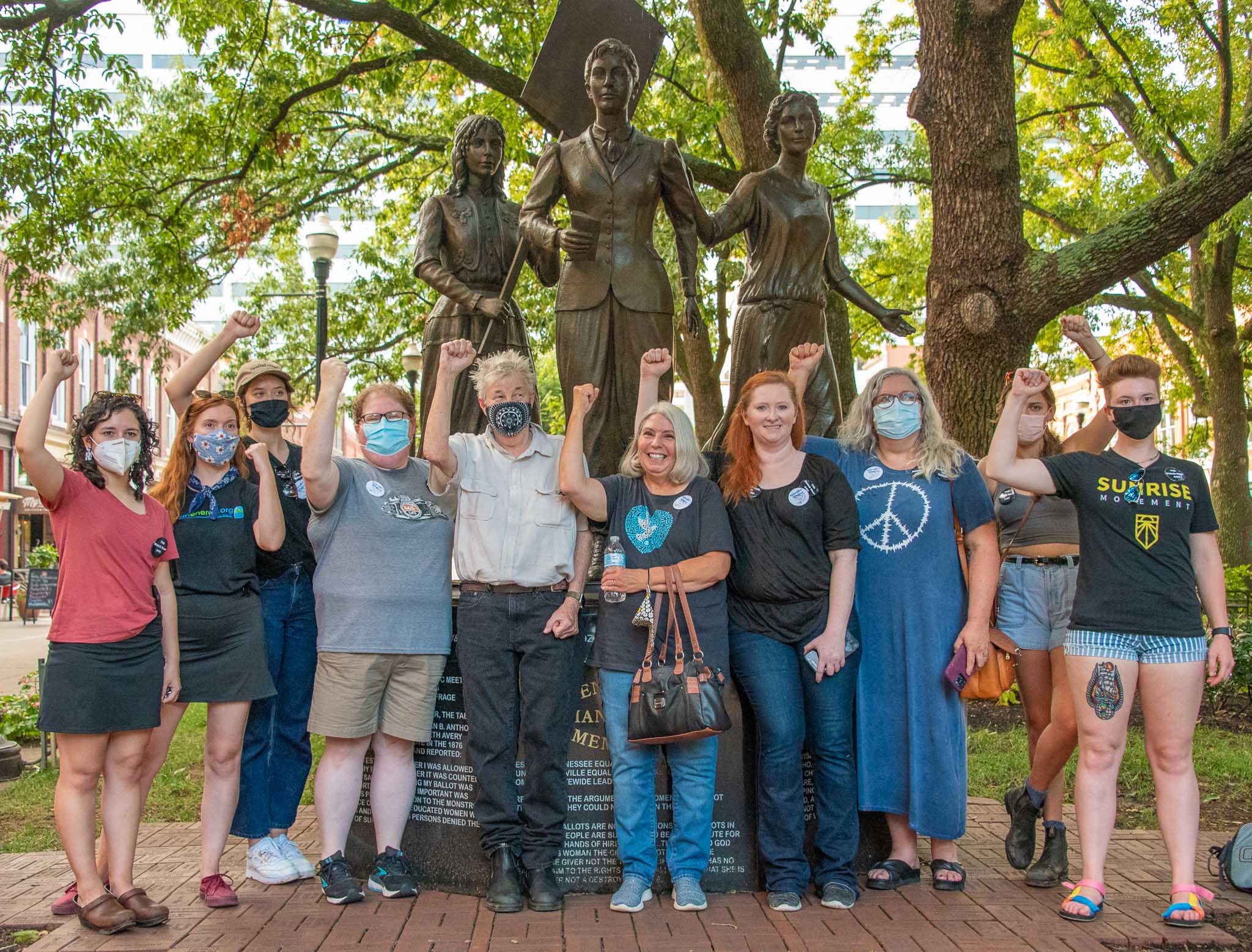 Across the state, South Memphis is currently addressing concerns around coal ash management. Community members hope to learn from the trials faced by their fellow Tennesseans in Harriman.

When the Allen Fossil Plant ceased coal-fired power production in 2018, it was by far the largest source of air pollution in Shelby County. Burning 7,200 tons of coal daily, the plant produced 2.7 million cubic yards of waste materials over its lifetime. This waste was stored in unlined pits in the East Ash Impoundment near the plant. In 2017, TVA found toxins including arsenic in the groundwater above the Memphis Sand Aquifer, the primary drinking water source for Shelby County. The East Ash Impoundment was not only leaking, but it threatened to breach a shallow clay layer that provided very limited protection to the aquifer.

The unlined coal ash ponds needed to be cleaned up, but in July 2021, TVA surprised Memphis officials and community members when they abruptly announced that the coal ash would be trucked through the south Memphis neighborhood of Whitehaven, a predominantly low-income Black community, to the South Shelby Landfill for long-term storage.

In an email uncovered by the Southern Environmental Law Center, a Tennessee Department of Environment and Conservation employee wrote that TVA delayed the announcement of the South Shelby Landfill disposal site for almost six months. During that time TVA obtained necessary permits, including a permit from TDEC, before announcing the decision to the Memphis City Council.

In May 2022, the Teamsters Local Union 519 hosted a community training for Memphis residents during which they discussed a range of issues concerning coal ash management, including the history of coal ash regulation following the Kingston disaster, health hazards and community control measures.

Instructors and industrial hygienists emphasized worker and community protections as Memphis deals with the disposal of coal ash from the Allen Fossil plant. Trainers discussed ways to reduce community exposure to coal ash dust, such as routine cleaning of trucks transporting coal ash, maintaining road hygiene in the path of transports and knowing how to contact the Tennessee Emergency Management Agency to report a problem.

“Memphis is disproportionately affected by environmental justice [problems] already,” says Pearl Walker, a Whitehaven resident and chair of the Environmental Justice Committee of the Memphis Branch of the NAACP. “I think that coal ash should be handled as timely as possible, responsibly, with integrity and accountability — and then there should be a piece that deals with informing the community, educating them — but I don’t think that’s going to come from the entity responsible for the disposal.”

Visit TheAppalachianVoice.org to sign up for emails with new articles. You’ll never receive more than two emails from The Appalachian Voice per month.