I’m glad to live in a country where crazy stuff happens, but we are at least are able to stand up, criticize and even fire those in charge

Welcome to Tennessee Tuesday! We’ve got our grills, our flags, and our green tomatoes just waitin to be fried. We’ll be fairly succinct this week as we look to pack 5 days of work into an abbreviated work-week and planning for a trip back to our nation’s capitol next week to talk about some exciting energy efficiency developments happening in Congress.

TDEC brought on themselves another round of embarrassment after the (now former) Deputy Director of Water Resources called citizen water complaints “terroristic.” [audio]

Yes, yes, it’s a strange time in America when protecting Appalachia from being blown apart is a threat to national security and we have to poison our own water in secret to stop the terrorists. 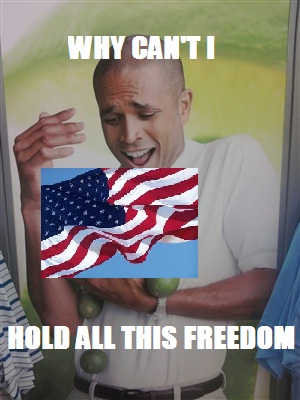 A state environmental official suggested at a public meeting that Mt. Pleasant residents who have filed formal complaints about city water quality are committing “an act of terrorism” if their concerns have no basis.

Sherwin Smith, deputy director of the Tennessee Department of Environment’s Division of Water Resources, made the comment and repeated it during a May 29 meeting between TDEC officials, State Rep. Sheila Butt and members of the grassroots activism group Statewide Organizing for Community Empowerment (SOCM).

Rep Sheila Butt and I have spoken on several occasions, and while we don’t agree on everything, I’ve found her to always have an open ear, and to be an avid enthusiast for the democratic process – at the very least. She was not impressed by Mr. Smith’s words.

However, Rep. Butt — whose district includes Mt. Pleasant — was present at the meeting for any clarification Smith may have provided and said his comments were out of place.

“I just have to say that meeting was set up with some citizens of Mt. Pleasant and we were simply talking about water quality and rates of service there, and that comment was really out of context for the meeting that we were having,” Butt said Thursday. “That was my take then and that’s my take now.

“I’m sure he’s sorry he even brought it up,” she continued. “Nobody was talking about terrorism in that meeting.”

It seems that these “terrorists” may have won, as the City of Mt. Pleasant was forced to test their water to make sure that it wasn’t poisonous. Encouraging!…

Larry Patton, city resident and SOCM member, filed a complaint and said he was never called about testing his water or contacted by TDEC officials. He said it “seems like somebody ain’t doing their job.”

Resident John Kelly said he also filed a complaint and was not contacted. Testing the water does not make any difference because the problems keep happening, he added.

“The water hasn’t been drinkable here in years,” Kelly said. “(The city is) always having some kind of something pop up.”

The man under whose authority TDEC operates – TN Governor Bill Haslam – also remained in the news for undesirable reasons. A fairly major story broke last week, when it was revealed that a coal company seeking state money and state land has direct ties to Governor Bill Haslam’s family business. Haslam was already in trouble when his buddy Tom Ingram was busted for lobbying for the coal industry while on Haslam’s payroll. This business with Haslam and coal lobbyists is starting to remind me of a really lame version of Arrested Development? Except for I still want more episodes of the latter?

Hillsborough Resources Limited is negotiating with the state to mine for coal under public land on the Cumberland Plateau. Hillsborough drew scrutiny last month because Tom Ingram, a consultant to Haslam, had failed to register as a lobbyist for the company. Ingram also has consulted for Pilot Flying J, the Knoxville-based truck stop chain owned by the governor’s family. But Hillsborough, a subsidiary of Houston-based Vitol Inc., has more ties to Pilot. Vitol President Miguel Loya is a board member for Pilot, the News Sentinel reports.

Yeah, thats how my life works to. Lobbyists friggin everywhere. I wake up and get some coffee. LOBBYISTS! I drop my kid off at her school. LOBBYISTS!! I send some thoughtfully worded emails. MORE LOBBYISTS!! I mean, I just can’t avoid them.

Elsewhere in these Grand Divisions
The other big theme of the week is out with the old, in with the new.

While TVA is offering buyouts to staff in attempt to cut expenses, they are creating jobs on the way to cleaner power, at least according to the Knox News Sentinel. Moving away from carbon creates lots of jobs.

Even before the speech, detractors were claiming the plan would cost jobs and raise electric bills. Utility bills could rise depending on the rules the EPA develops, but the economy should add jobs through the installation of pollution controls, the construction of new plants and savings companies can glean through energy efficiency efforts.

Even West Virginians want to raise their coal severance collections in order to diversify their economy.

Sixty-nine percent of those polled support a 1 percent increase in coal taxes, while 19 percent opposed such a move. Seventy percent support setting aside a portion of natural gas taxes for the program, while 12 percent were opposed, according to survey results released Thursday.

[Jeremy] Richardson, a West Virginia native from a mining family, said that the results support the notion that West Virginians can both support some level of continued coal mining, but also want state political leaders to focus on diversification of the energy sector and the broader economy. “It’s not that people are against the coal industry,” Richardson said. “They just want there to be other options.”

The survey results generally reflect broad support for the coal industry, but also backing of measures to reduce pollution, such as strong enforcement of the federal Clean Water Act.
“People support the jobs, but they want to have clean water for their kids,” Richardson said.

Jeremy Richardson and his colleagues are doing some great work, and the whole article is well worth a read.

Advantage Home Improvement is teaming up with TVA to become the latest group to continue providing much needed residential energy savings to middle Tennessee.

As a new member of the QCN, Advantage Home Improvement encourages new or current homeowners in the Middle Tennessee regions to consider how energy efficient home renovations could help them save money in the long run… Part of the process developed by TVA includes a new In-Home Energy Evaluation Program. After evaluations, homeowners who effectively reduce their power usage are eligible to receive cash rebates and financial assistance towards the cost of energy efficient home improvements. Assistance can reach anywhere up to 50 percent of installation costs, topping out at $500. Convenient financing is also made available for those seeking further financial assistance. 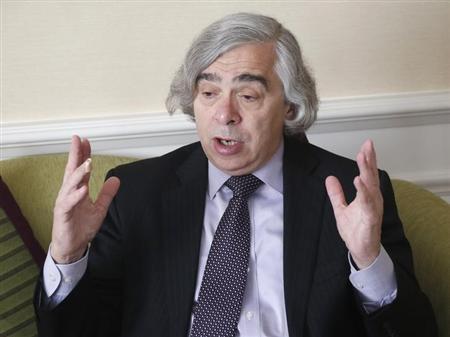 New Energy Secretary (DOESEC?) Moniz says that not only do President Obama’s new rules on coal-fired power plants ensure some kind of future for coal, but they are most likely a net boost for the struggling economy.

Obama “expects fossil fuels, and coal specifically, to remain a significant contributor for some time,” Moniz told Reuters in Vienna, where he was to attend a nuclear security conference.

The way the U.S. administration is “looking at it is: what does it take for us to do to make coal part of a low carbon future,” he said, adding this would include higher efficiency plants and new ways of utilizing coal.

It is “all about having, in fact, coal as part of that future,” Moniz said. “I don’t believe it is a ‘war on… “We expect that this is going to be positive for the economy,” he said.

Go get em DOESEC Moniz! We got your back here in Tennessee, where TenneSEIA and other solar advocates in the volunteer state have successfully worked with TVA to increase solar incentives for their Green Power Provider program for 2013. Most did not predict that demand for solar energy would grow at such a rapid rate.

“Consumer demand for solar energy has grown faster than TVA’s ability to adjust, therefore leaving the market underserved, restricting the investment of private capital and creating unnecessary uncertainty for businesses,” said Gil Hough, president of TenneSEIA, who hopes to resolve the issues before the TVA 2014 budget vote on August 22nd.

The Knox News Sentinel has a good write-up about the Kingston coal ash spill. Appalachian Voices was one of the first groups on the scene after the event, doing water sampling, taking photographs, etc. Anyway, calling the event an “ash spill” always struck me as a little innocuous. I can say that I agree with what Mr. Scarborough says.

“It wasn’t any spill. It was an upheaval,” Roane County resident Steve Scarborough, an engineer, said of the collapse of a coal ash holding cell at TVA’s Kingston Fossil Plant…“It was gargantuan,” he said. “It was a geological event.”

You could argue in some ways, that TVA were a little lax in their cleanup:

TVA must still monitor layers of ash on the bottom of the Emory and Clinch rivers for 30 years. It was agreed that allowing the streams to naturally bury the ash under layers of sediment was the best solution for the underwater sludge.

Perhaps TDEC suggested that to cleaning up the water would be considered an act of terror?

But, to be fair, TVA was able to scoop out some ash from near the site.

Hundreds of train carloads of ash along with sediment scooped from the river bottoms were sent by rail to an EPA-approved landfill in Alabama.

Fact of the day
At one point 800 people were working on the Kingston coal ash event cleanup. Thats more than twice as many surface miners are employed in the state.

Song of the day
Is there a better version of the national anthem than this? I’ve certainly never seen it.

Unless its these Tennesseans going for the Star Spangled Banner Hendrix-style, with three fiddles.