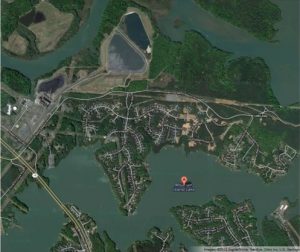 “Passing a bad piece of coal ash legislation prolongs our pollution problem and makes the possibility of an accident much more of a reality.”

These words, from a recent letter to the editor in the Asheville Citizen-Times, reflect the growing discomfort over coal ash storage and how legislators are tackling the problem.

Coal ash is the waste byproduct from burning coal, and is stored in large unlined, earthen ponds, usually near waterways. It contains toxic chemicals such as lead, arsenic and selenium, and can leak from the ponds into groundwater. When improperly constructed and inspected, coal ash ponds can burst — the most horrific example of this occurred in 2008, when a pond at TVA’s Kingston, Tenn., coal plant ruptured and more than 1 billion gallons of the toxic substance surged into local waters and communities. Cleanup efforts are ongoing.

In the wake of the Kingston coal ash disaster many called for federal regulations on coal ash storage. While the U.S. Environmental Protection Agency has repeatedly delayed releasing the rule, which could be released as early as 2014, many at the state and federal level have tried to stop the EPA from doing just that.

The latest federal legislation around coal ash is H.R. 2218, the Coal Residuals Reuse and Management Act, which is basically a rewrite of coal ash bills in years past. The current legislation would treat coal ash as a non-hazardous material and would set up a loophole-ridden state program to determine how to manage the material while at the same time blocking the EPA from issuing their pending rule. The U.S. House Energy and Commerce Committee passed the bill 31-16 last week.

While the EPA waits and our elected officials don’t, the lawsuits have poured in for Duke Energy in North Carolina. In the wake of two threats to sue from the Southern Environmental Law Center, the N.C. Department of Environment and Natural Resources have filed a lawsuit at the Asheville and Riverbend plants to stop coal ash pollution of drinking water sources and natural habitat.

Now SELC has threatened to sue Duke a third time over its coal ash pollution, this time at the Sutton plant over its leakage of selenium and other pollutants into Sutton Lake. Environmental groups such as SELC hope that the coal ash on sites like Sutton will be transported from wet, unlined to storage to dry, lined storage, thereby preventing toxic contaminants from leaching into the waterways.

The transfer from wet to dry can be done. Just look at South Carolina, where an SELC lawsuit prompted South Carolina Electric & Gas to transfer 2.4 million tons of coal ash from wet to dry storage. It’s the kind of move that is necessary at Riverbend’s coal ash ponds, which threaten Mountain Island Lake, the drinking water source for more than 850,000 people in the Charlotte Metro area.

In other coal ash news, a recent story in Citizen-Times reported that coal ash is being used to lengthen the runway at the Asheville airport. Coal ash is widely used for construction fill around the country, so such a massive coal ash project (2.5 million tons of the stuff has been moved from the plant to the airport in the past two years) is not uncommon. Quoth Hartwell Carson, the French Broad Riverkeeper: “I’m sure in 50 years we’ll think this was all a bad idea.”

The EPA and environmental advocates have found more than 200 cases of coal ash contamination in 37 states. Newspapers agree that danger looms around coal ash. Join the fight today for clean water with Appalachian Voices!

Through our Red, White & Water campaign, we are pressuring North Carolina and the federal government to protect Americans from coal ash pollution by enacting strong rules governing the disposal of the toxic waste. Learn more about coal ash and sign the pledge to protect America’s waterways here.