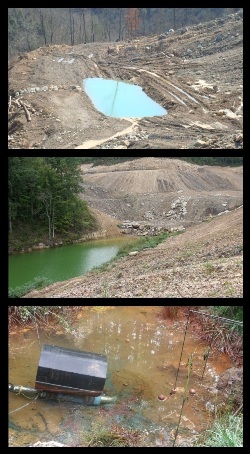 Yesterday, Appalachian Voices and our partner organizations filed a “petition for review”, essentially an appeal of a settlement between Frasure Creek Mining and the Kentucky Energy and Environment Cabinet. This settlement lets Frasure Creek off the hook for thousands of water quality violations over the past two years, while doing little to ensure that the company fixes its water quality problems.

Our challenge of this settlement focuses on the way in which it came about. But first, a bit of background.

We have a separate case that is ongoing against Frasure Creek for submitting false water monitoring data (entire reports were duplicated and only the dates were changed). After we uncovered this problem the company began turning in more accurate reports, which for the first time showed lots of pollution problems. We then filed a second suit against Frasure Creek for thousands of these pollution problems (which had been hidden by reporting problems before our first suit). Then the cabinet also filed a complaint for these pollution violations and more like them in state administrative court (a court run by the cabinet itself).

We intervened in that case and became full parties to it, but were then shut out of it completely. In fact the settlement was entered despite our previous objections, and there is no evidence that our objections were even considered. The cabinet and Frasure Creek negotiated a settlement completely without us. The law and common sense both dictate that an agreement is not valid unless all the parties involved agree to it, and that is the basis for our challenge of this settlement yesterday.

This case is complicated by the fact that Frasure Creek is now in bankruptcy. The settlement reached between the cabinet and Frasure seems to make many exceptions for Frasure Creek based on their supposed inability to pay, which would be understandable if the company truly didn’t have any money. However, in 2010 Frasure was bought by Essar Group a giant multinational conglomerate based in India and owned by billionaire brothers Ravi and Shashi Ruia. 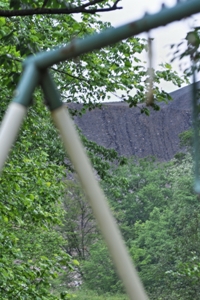 While the children of the Ruias get named “India’s most eligible billionaire bachelor” and have one of Mumbai’s biggest weddings (with 4,000 guests), Appalchia’s children are left with toxic water, valleys filled with mine waste, more frequent floods, polluted air, and barren wastelands in place of productive forests

Our partners in this litigation are Kentuckians For the Commonwealth, Kentucky Riverkeeper and Waterkeeper Alliance represented by Lauren Waterworth, Mary Cromer of Appalachian Citizens’ Law Center, and the Pace University Environmental Litigation Clinic.