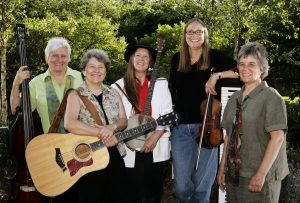 In 1977, a group of twenty-five women in Kentucky gathered their instruments to perform for the International Day of Women. Of that group, four women (later joined by a fifth) decided to keep stringing and singing, playing traditional tunes incorporating country, swing, blues and jazz. It was the birth of the Reel World String Band.

“As we began to develop a repertoire, we realized that many of the songs we sang were pretty sexist,” said Karen Jones, the band’s fiddler. “Our own song writing sort of evolved out of a lack of material on contemporary issues.”

The Reel World String band worked closely with the Highlander Center, an organization based out of Tennessee that works with grassroots movements; an experience that helped to politicize Reel World’s work.

Inspired by a group of women living on Cranks Creek in Harlan County, Ky., Futrell wrote a song called “Cranks Creek” about the destructive strip mining happening above their homes and the ensuing flooding this small community suffered.

“We have seen the evolution of coal mining through our songs,” said Jones, recalling one written by Futrell in 1986 about the injustices of broad form deeds (documents that establish that coal companies owned the subsurface rights of people’s lands). Two years after the song was written, 82% of Kentucky residents voted in favor of an amendment to broad form deeds which would protect landowners from strip mining.

To this day, the band sings about mountaintop removal and other environmental issues. In a recent song, titled “Who owns Appalachia,” the band’s banjo player Sue Massek writes, “These hills hold my soul; King Coal owns my land; Oil barrens own King Coal; It’s time we make our stand.” Lyrics of activism articulate a lot of Reel World’s style.

“Certainly the arts have been very active in trying to keep these issues in the forefront so there is constant pressure on the coal companies,” said Jones.

Although Reel World taps into more sensitive issues in Appalachia, they do so with grace.

“Sometimes people don’t know how to define us when they book us for a place to play,” said Futrell. “When we start playing, the audience wonders what we’re going to do with instruments that look like a man-band. We usually win them over even if they don’t like what we’re singing about. We don’t antagonize them— we inform them in a gentle manner.

“In the early days as a band, people often approached us after a show and asked, ‘What do your husbands think?’” Futrell laughs.

“Back then we had an agent who tried to portray the novelty of an ‘all-girl string band,’” adds Jones. “He wanted to make money off us, but we weren’t really commercially viable. We had a bigger connection to our community and politics.”

“When you need to make money you have to do a lot of things you don’t want to,” continued Jones. “If we wanted to go commercial we would have had to give up being socially conscious and we were never willing to do that.”

“Also,” adds Futrell, “It probably wouldn’t be as much fun.”

To learn more about Reel World String Band, visit their website at reelworldstringband.com 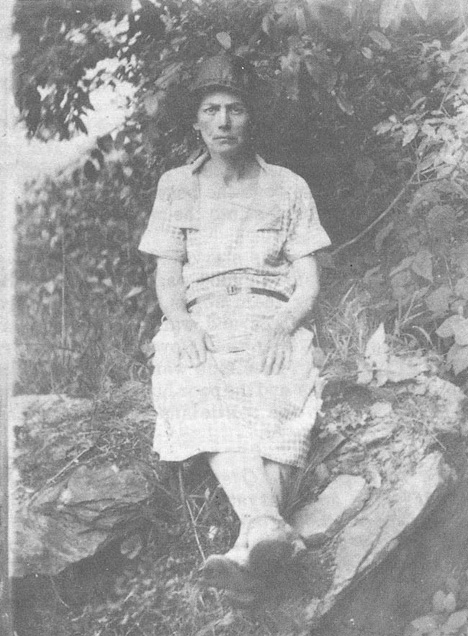 Ask most people what they think when they hear the term “Appalachian Women in Music” and the likely response may be “Coal Miner’s Daughter/Loretta Lynn” or maybe their eyes will brighten as they shout “Dolly Parton!”

And, although Lynn and Parton paved the way for a generation of musicians from the hollers and mountains to the stage of the Grand Ole Opry, the deeper traditions echoing down the Appalachian mountain range over the decades whispers a rich tapestry of many women making their songs heard despite the barren soil from which it often came.

“I think there were probably more socioeconomic factors that kept women from the forefront of history in Appalachian folk music than those that brought them to the front,” Mark Freed, a North Carolina-based folklorist said.

For many folk singers of Appalachia – both men and women – their musical muse spawned not from light-hearted days spent idly by a mountain stream, but rather from the depths of the coal pits with songs as gloomy and combustible as the coal dust that inspired their lyrics.

“I think the women songwriters from the coal camps were forced to the forefront,” Freed said. “They were the ones at home with starving children, dealing with company thugs, and witnessing the atrocities of coal camps.”

Such was the genesis of Aunt Molly Jackson.

Born in 1880, the daughter of a bankrupt grocer and union activist in Clay County, Ky., Jackson felt the black arm of the mines at a young age when her father had to close his store due to the failure and abandonment of a nearby coal mine.

The Appalachian mines that robbed her father of his livelihood, also stole everything she held dear, killing her first husband in a 1917 accident and blinding both her brother and father in another incident. To cope with such horrors, Jackson turned to her great-grandmother’s rich folk music heritage.

Such loss and her seemingly natural sense of justice shaped Jackson’s evolution into one of the century’s best known protest singers.

“She was at the height of her glory when she was giving someone she thought was no good a hard time,” recalled Jim Garland, Jackson’s half-brother and fellow musician, in his autobiography, Welcome the Traveler Home. 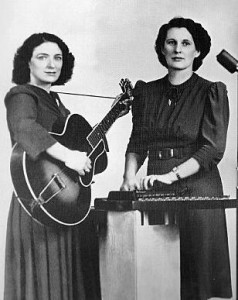 “These trouble-making instincts led her to write many a fine song,” he said.

By 1930, Jackson’s songs began to take shape as a key factor in bringing deplorable mining conditions in places like Harlan, Ky., to light.

Songs like “Poor Miner’s Farewell” and “Kentucky Miner’s Wife” brought the plight of the miner to the attention of a wider — some would say national — audience.

The combination of her great-grandmother’s pure folk roots and her flaming internal combustion to right wrongs launched Jackson into greater heights of fame when she recorded her first album in New York City in 1931.

Her work inspired a generation of younger folk singers and later led to a folk music revival in Greenwich Village; it also lit a bright torch for the burgeoning labor movements of post-Depression America.

“She came to be perceived by intellectuals of the time as an ‘authentic’ representative of the American folk,” said Alexis Luckey, a folklorist at the University of Virginia, writing in a 2005 article. Almost synonymous with folk music are the equally melodious names, Maybelle and Sarah Carter.

Born in the mountains of Scott County, Va., the Carters – along with Sarah’s husband A.P.—recorded more than 250 songs between the late 1920s and 1941.

“Maybelle’s ‘Carter Scratch’ style on the guitar became one of the most mimicked styles across the region,” Freed said.

“The harmony singing of Sarah and Maybelle was extremely influential,” he added, noting a pantheon of other folk music goddesses who helped shape a generation of later musicians; pioneers like Hazel Dickens, Jean Ritchie, Lulu Belle and Ola Belle Reed.

The list goes on, but amid these triumphs, perhaps the most poignant aspect in the development of Appalachian women of music was the heart-wrenching poverty and heartbreak that often consumed regions of Appalachia through unfair labor practices, treacherous mining conditions and general exploitation.

“Women were backed into corners where speaking out and writing songs were the only ways to try and overcome their situations,” Freed said. 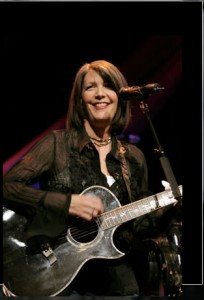 Kathy Mattea is a Grammy-winning singer, songwriter and social activist from South Charleston, W.Va. On her album, Coal, Mattea compiled historic coal-mining songs in honor of her place and her people.

“Coal is a re-education for the listeners, a record that reshapes the way we think about music,” said Mattea.

Both of Mattea’s grandfathers were coal-miners and her own parents grew up in coal camps. The idea for Coal was born after the Sago Mine Disaster, when 12 miners were killed. This disaster reminded her of the Farmington Disaster during her childhood, when a staggering 78 miners were killed. “I thought ‘now is the time to do these songs.’ Sago was the thing that brought it all back to the surface,” said Mattea.

Mattea said in a recent National Public Radio interview, “My goal was to tell the story and to open up a window to people who have not heard these songs before and hopefully they might find some accessibility there.” 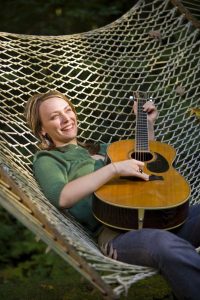 Her sound is informed by jazz, blues and pop as much as by roots music. In fact, Watson’s resume includes singing on a Japanese Metal album and opening for country artist Jessica Simpson, as well as, playing Black Mountain’s Lake Eden Arts Festival. She’s just completed her fourth album, the soulful “Halo Of Blue,” due out this spring.