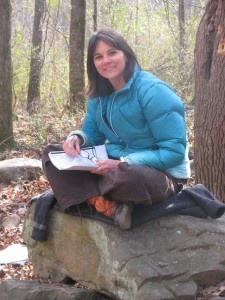 In the fall of 2009, Marie Daly founded Ivy Academy, a unique and successful tuition-free charter school outside of Chattanooga, Tenn.

After teaching English for 20 years and witnessing apathetic students, she knew she had to do something different to help children regain their natural curiosity for the world around them, as well as excel in school.

“I always wanted to teach outdoors in more of an integrated thematic curriculum,” she said. “I couldn’t find [a school] like this, so I created one.”

Over 85 percent of Ivy Academy’s students are considered low-income. Studies and reports often correlate socio-economics with success in school, but Ivy Academy proves to be an exception to the rule.

“We have some kids that hated school, now they really like school,” said Daley. “We have kids that had chronic absentee problems and they don’t have it here. Kids that never got good grades before are passing here and doing well.”

The public high school is adjacent to 7,000 acres of protected wilderness in Hamilton County and the curriculum places an emphasis on the environment. The staff and students recycle their waste, and students spend at least half of their class time outdoors.

“There is a real movement for education reform. I think we have to learn how to think differently, and the environment is very important,” she said. “Sustainability and going to alternative sources of power is the wave of the future. You can either get on the bus or get left behind.”

Growing up in a matriarchal family, Theresa Burriss was surrounded by strong female Appalachians, igniting a passion for studying— and later educating about— women’s issues in Appalachia.

As a professor at Radford University, Burriss is in the process of transforming her Appalachian Women Activists project into a multi-media performance called Sounds of Stories Dancing. For the project, she interviewed over 40 female activists across central and southern Appalachia.

“The performance is coming out of an oral tradition,” said Burriss. “I am using some of these interviews and extracting excerpts out- there are themes of migration and strength of character of Appalachians. It’s very abstract and similar to a dream montage and political social commentary.”

She will be collaborating with her colleague and friend at Radford University, Deborah McLaughlin, with whom she has previously worked on a dance piece about mountaintop removal coal mining.

“Appalachia is known as a patriarchal society,” said Burriss. “I’m all about providing space for those voices that don’t always get space.”

Burriss recently received a grant to write her first children’s book, The Country Store on White Oak Grove, which she will begin working on this year. She is the director of RU’s Learning Assistance and Resource Center, director of Appalachia Regional Studies Center and Chair of the Appalachian Studies. Her areas of interest are American, Affrilachian and Appalachian literature.

Joyce Barry | Up and Coming Historian 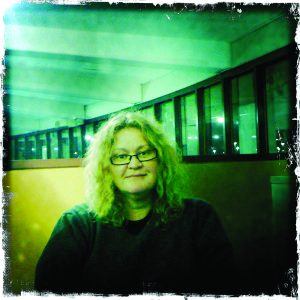 In 1998, Joyce Barry visited Larry Gibson’s camp on Kayford Mountain and saw mountaintop removal for the first time. It inspired her to spend years researching and interviewing people living in the so-called coalfields.

“Coming of age in West Virginia, the beautiful mountains that surround us were inextricably linked to our history, culture and sense of place in the world,” said Barry.

Her forthcoming book, Standing Ground: Gender and Environmental Justice in the Age of Mountaintop Removal Coal Mining, is a study of women’s environmental activism to stop mountaintop removal mining.

“Women’s organizing helped transform this issue from a local to a national, and international, one,” said Barry. “Ordinary people— Appalachian women— can make real differences in the world and they are doing so in Appalachia with their critiques of the coal industry and their efforts in trying to build a more sustainable Appalachia. They are my heroes, the people that I look up to and try to pattern my life after.”

Joyce Barry is currently a visiting professor of women’s studies at Hamilton College in N.Y. She teaches classes on the intersections between gender and environmentalism. 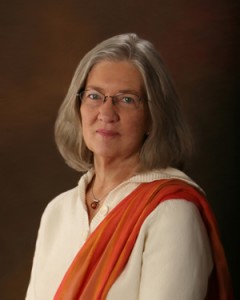 Located in the Blue Ridge Mountains on the campus of Appalachian State University in Boone, N.C., the Center for Appalachian Studies develops, coordinates and facilitates curricula and programs related to the Appalachian region.

Patricia Beaver, a professor of anthropology who earned her doctorate from Duke University in 1976, is the director of the Center for Appalachian Studies. She has conducted research in Appalachia and China, focusing on community, family and public policy and issues related to gender, class and ethnicity.

Beaver was project director of the landmark Appalachian Land Ownership Study (1979-1980), credited with contributing to the emergency of participatory action research in the United States and the establishment of the interdisciplinary field of Appalachian Studies.

Her recent research is concerned with cultural and ethnic diversity in Appalachia, with special focuses on African American and Jewish communities in Asheville, N.C., Melungeon history and identity and on rehistoricizing gender and ethnicity.

The Center for Appalachian Studies encourages individuals, including students, faculty and the public, to invest more of themselves in the region than the simple economic exchanges derived from studying, working and relaxing here, and by doing so, adding to the human capital available for the region’s development.