News & Notes from the Organization

A Special Thanks to Mast Store and Patagonia

Appalachian Voices is a River Warrior

In 2010, Appalachian Voices was awarded the 2010 River Warrior honor by the Water Heritage Trust, a project of the Resource Renewal Institute. River Warrior recognizes 25 organizations annually for their work benefiting threatened fish, rivers and aquatic habitats. They recognized Appalachian Voices as “an exemplary organization working to protect water quality, fish, wildlife and riparian ecosystems.” Appalachian Voices would like to thank the Resource Renewal Institute for their recognition and contribution of $1,000. Awards such as these keep us motivated to continue our hard work! 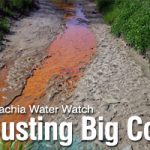 Appalachian Voices’ litigation against three of the largest coal companies in Kentucky has caused a big splash. After our legal team filed our intent-to-sue for over 20,000 violations of the Clean Water Act, the state of Kentucky preempted the action, and levied $660,000 in fines against the companies. While the state’s action is historic, the fines represent less than .1% of the maximum that could be levied under the Clean Water Act.

Feeling that the proposed settlement did not sufficiently address the companies’ violations or deter future violations, Appalachian Voices and partners petitioned the judge to intervene. The judge granted permission to file a brief in support of the motion to intervene and ordered the state of Kentucky to place the full complaint and settlement plan on their website for a 30 day public comment period.

In an article about the suit, the Lexington Herald-Leader called the state’s failure to enforce our nation’s clean water laws “a regulatory meltdown”.

The court date in the case was scheduled to take place immediately following press deadline. To keep up to date on our latest efforts to bust big coal, please visit: appvoices.org/kylitigation

Appalachian Voices and partner organizations greeted new and returning members of Congress in their first week of the 2011 Congressional year. In just two days, our legislative team met with every incoming member to educate them about the Clean Water Protection Act in the House of Representatives and the Appalachia Restoration Act in the Senate, two bills that will help end mountaintop removal. Our team also visited over 150 previous cosponsors of the bills.

Each new congress— every two years— pending bills have to be re-introduced into the system. Appalachian Voices will be working tirelessly to re-introduce these two bills this spring.

Thank you to everyone who donated to our Appalachia Water Watch matching grant fund! Toward the end of 2010, a generous donor pledged $37,500 to our new initiative protecting Appalachian waterways, provided that we could raise enough to match it. More than 100 donors, members and supporters got involved, and with your help we were able to reach our goal. The result: $75,000 to ensure clean water throughout the region.

Taking the Plunge for Appalachian Voices 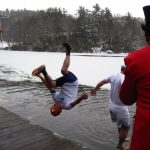 I am going to freeze my tail off for a good cause – the mountains.

On Saturday, Jan. 29, I will jump into icy cold waters for the 13th annual Polar Plunge in the Chetola Lake, during Blowing Rock, N.C.’s annual Winterfest.

“Brother, it is extreme, you will be singing soprano when you hit the surface,” Tracy Brown, emcee of the polar plunge, said. “You should come out and jump with us.”

It will be invigorating to say the least. A few years ago, the grounds crew at Chetola Resort used chainsaws and axes to remove ice from the jumping area.

Brown, who has jumped 10 times, described the polar plunge as “crazy… insane…brutal…and bone-chilling.”

Maybe I’ll see you there.

Jesse is pledging his $25 dollar jumping fee, as well as freelance pay for articles about the event to run in local newspapers— a donation to Appalachian Voices totaling almost $100 dollars. To find out how Jesse’s jump went, visit appvoices.org/thevoice/polar.

This winter Restoring Eden and Appalachian Voices have partnered for the “We Love Mountains” concert tour with indie rock band, Dewi Sant. In an effort to bring together music, faith and activism the tour will raise awareness about mountaintop removal and the connections throughout the southeast and mid-atlantic region. An exciting line-up is planned from Jan. 27 through Feb. 8, stretching as far south as Charleston, S.C. all the way to New York City. The tour will be joined by several local bands at each show.

For more information about this concert series check out appvoices.org/2011mtrtour

Appalachian Voices is welcoming three new faces to our team this year (and are much anticipating the arrival of a fourth!).

Our development team gets a huge boost to start the year off right with the addition of two dynamic new staff members to help us secure gifts to support the work of Appalachian Voices. 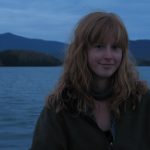 Rachael Goss came to western North Carolina over four years ago on a camping trip and never left. A native New Yorker, she graduated from New York University with a dual degree in Politics and Journalism, served as a Special Education teacher and community organizer in Oakland, Ca., and worked on sustainable development in Malawi, Africa, for close to two years.

Rachael has worked in grassroots environmental and social justice groups for the past eight years, providing media and development support for indigenous sovereignty and solidarity projects in Bolivia, California, Utah and South Dakota; most recently she worked with Greenpeace on both coasts of the U.S.

Rachael is also freelance writer and aspiring documentary filmmaker who believes in the power of community, the healing ability of wilderness and the potential for YouTube (cat videos aside) and citizen journalism to change the world. 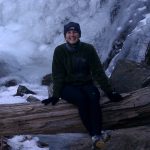 Kayti Wingfield, known for her collaborative work with Appalachian Voices through the Wise Energy for Virginia Coalition, is another addition to our Development team.

Kayti hails from Waynesboro, Va., a small town set in the beautiful Shenandoah Valley at the foot of the Blue Ridge Mountains. She studied political science and international relations at Christopher Newport University and received a certificate of non-profit management from the University of Virginia.

She will be based in our Charlottesville office. 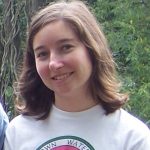 Last fall, we welcomed the addition of our new Appalachian Voice distribution manager, Maeve Gould. Maeve is a Richmond, Virginia native and Virginia Tech graduate with a degree in Urban Affairs and Planning.

Before working with Appalachian Voices, she was involved in Mountain Justice Blacksburg and organized Earth Week with the Environmental Coalition. She also interned a year with AmeriCorps Project Conserve at the Boone-based land trust, Blue Ridge Conservancy.

Maeve is enthused to be a part of the Appalachian Voices team and to work with AV on raising awareness about social and environmental justice issues in Appalachia.

An Act of Congress 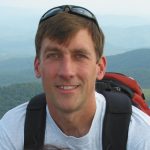 Our Washington, D.C. office gets a community advocate in John Humphrey, a North Carolina native who will work on promoting the Clean Water Protection Act and the Appalachia Restoration Act in Congress.

John has had an interest in helping communities since he was an activist and public policy student at Duke, where he was awarded a Lyndhurst Foundation Young Career Prize to document stories of rural communities. His career achievements have included serving as director of policy development for the N.C. Department of Environment, Health & Natural Resources; as N.C. Governor Jim Hunt’s local government liaison; and as research and communications director on congressional and statewide political campaigns.

John studied law at the University of Michigan and interned in South Africa. At an international law firm in D.C., he represented a Hopi organization opposing Peabody Coal’s Black Mesa permit. He then became principal of a civil rights firm and studied environmental policy, public policy and community conflict resolution at George Mason University.