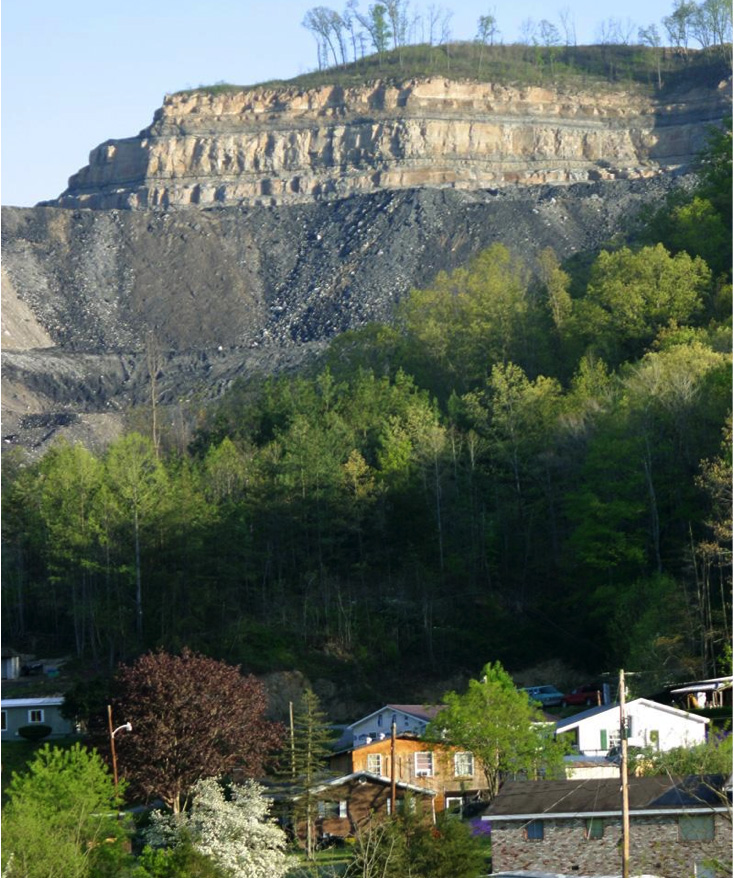 Coal production in Central Appalachia declined roughly 62% between 2008 and 2015 due largely to the rise of cheap natural gas, as well as renewables like wind and solar. And while mountaintop removal coal mining has also declined, it’s still happening.

Worse, some mountaintop removal mines are posing an ever greater threat as they expand closer to communities, leaving behind decimated landscapes, toxic air and water pollution, and higher rates of cancer, heart disease and premature death.

In 2015, Appalachian Voices developed the first-ever, time-lapse map showing the encroachment of mountaintop removal on communities. Of the more than 3,000 communities with surface mining within a mile radius, we identified the 50 communities that are most at risk based on rates of mine expansion, population loss, poverty and other socio-economic factors. 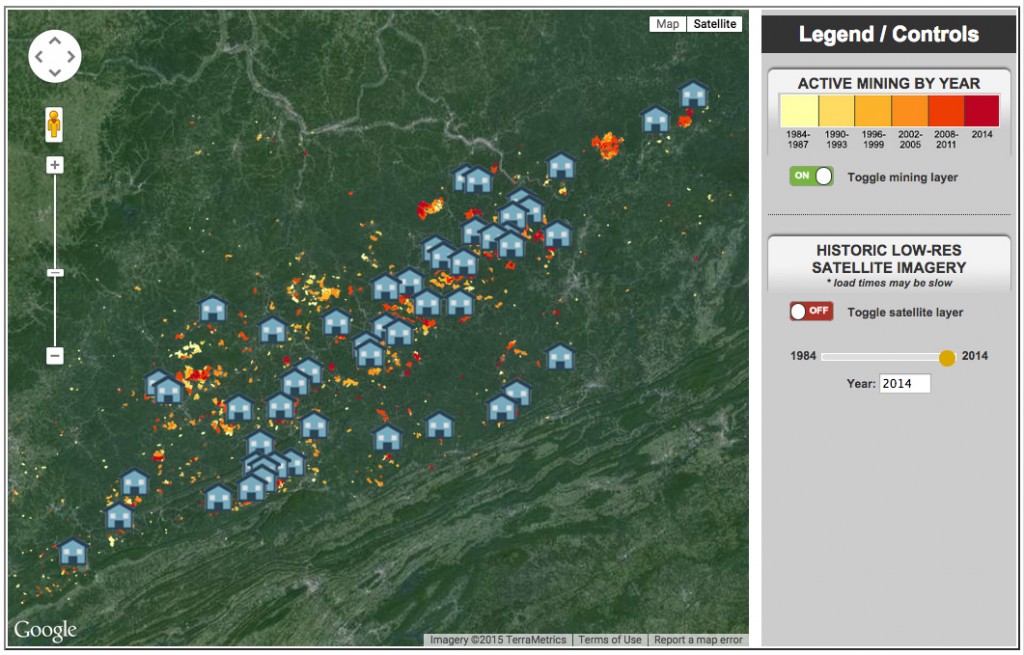 View the map and learn more about Communities at Risk

Communities where mountaintop removal mining is encroaching suffer higher rates of poverty and are losing population more than twice as fast as nearby rural communities with no mining in the immediate vicinity. The 23 counties where the at-risk communities are located accounted for more than 85% of Central Appalachian surface coal production in 2014.

We developed the "Communities at Risk" tool for iLoveMountains.org on behalf of The Alliance for Appalachia as part of our ongoing campaign to end mountaintop removal mining once and for all.