By Ridge Graham and Jessica Sims,

It’s a critical moment in the fight against the Mountain Valley Pipeline. The U.S. Senate and House will vote this week on a bill to keep the government funded after September 30. In exchange for West Virginia Sen. Joe Manchin’s vote on the Inflation Reduction Act — which became law in August — Senate Majority Leader Chuck Schumer made a side deal to include Manchin’s energy permitting bill in this must-pass government spending bill. Manchin released his Energy Independence and Security Act just last week, and now it’s time for our senators and representatives to vote against this dirty deal.

Some proponents of the bill argue that provisions in the bill that address electric transmission lines are necessary to expedite the transition to clean energy. These efforts deserve consideration as part of an open legislative process, separated from the fossil fuel giveaways that form the backbone of this bill. And regardless of whether you believe Manchin’s proposal is good or bad (if it’s not abundantly clear, we are adamantly opposed), this kind of legislative coercion and back-room deal-making should be concerning. A proposal like this that cannot pass on its merits should not be forced through as part of a quid pro quo.

If passed, this bill would have devastating impacts on communities near the Mountain Valley Pipeline and people living near current and proposed energy projects everywhere — especially places where residents’ health and clean air and water is already being sacrificed for fossil fuel projects. Below, we’ve compiled ways you can get involved and take action during this all-hands-on-deck week. 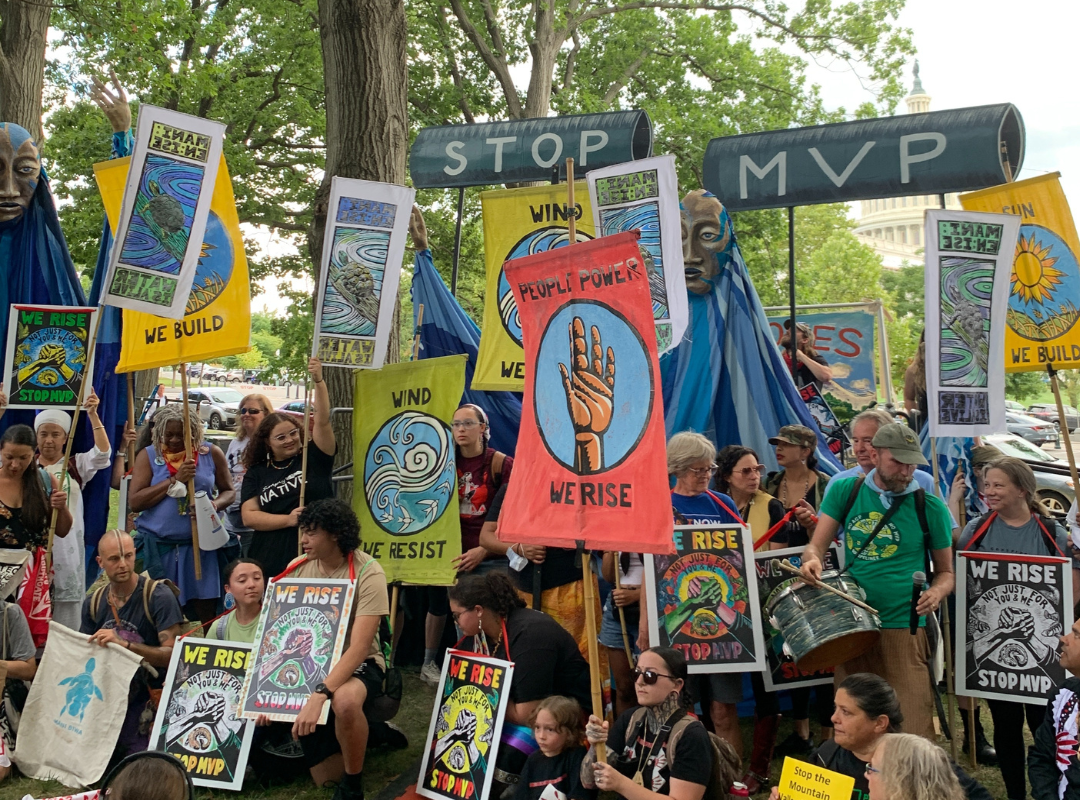 On Sept. 8, 2022, hundreds of people rallied in solidarity with frontline communities from Appalachia, the Gulf, the Arctic and beyond in opposition to the side deal. Photo by Jen Lawhorne.

What you can do:

1. If you only have a minute, use our tool to send a letter to your representatives. Customize the subject line, and if you have time, customize the letter, too.

2. Call your legislators. Phone calls make an even greater impact. And it’s easy to do! See our sample script below.

“My name is ___ and I live in ___. I am calling to ask you to block Senator Manchin’s Energy Independence and Security Act and to help stop the Mountain Valley Pipeline. Environmental laws keep our communities safe. We can’t roll them back, especially with the growing threat of climate change. I hope your office will vote against this permitting bill.”

Status and Impact of the Mountain Valley Pipeline 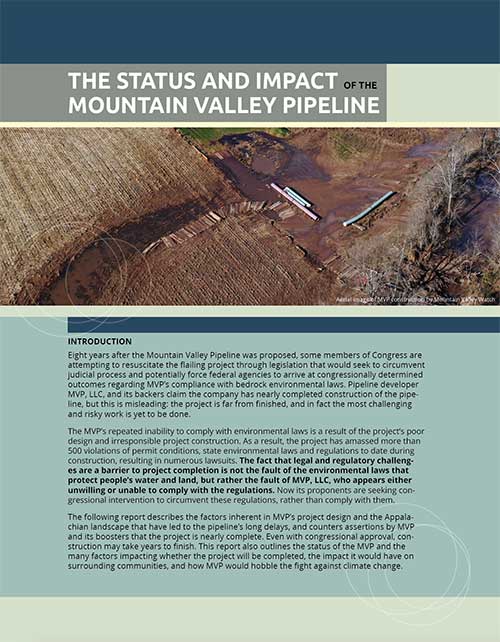 Looking for more info on the Mountain Valley Pipeline to add to your letters or share with decision-makers? Check out our recent report and the two-page summary.

Letters to the editor are best when you use your own words – but we also want to make it easier for you with some basic structure to get you started! A good format for an LTE is three short paragraphs that cover a few basic things:

It bears repeating — it’s a critical moment in the fight against the Mountain Valley Pipeline. Yes, that’s a sentence we’ve written before, and it’s one we may very well write again. Opposing a behemoth project backed by multiple fossil fuel companies means that we’re often pushing hard against powerful interests to advocate for community input and protection of land, air and water.

But we’re not alone. Over eight years of standing up for our communities, water, land and air in the face of the Mountain Valley Pipeline and the proposed MVP Southgate extension, the movement has grown. Together we can and do make a difference. Thank you for taking action.

As always, to stay up-to-date on critical news and actions alerts, follow us on social media and join our email list. Also, stay tuned to our blog for a special guest column from a longtime community activist in the fight against the Mountain Valley Pipeline.