Clean Up Your Local Creek With Tips From The Pros 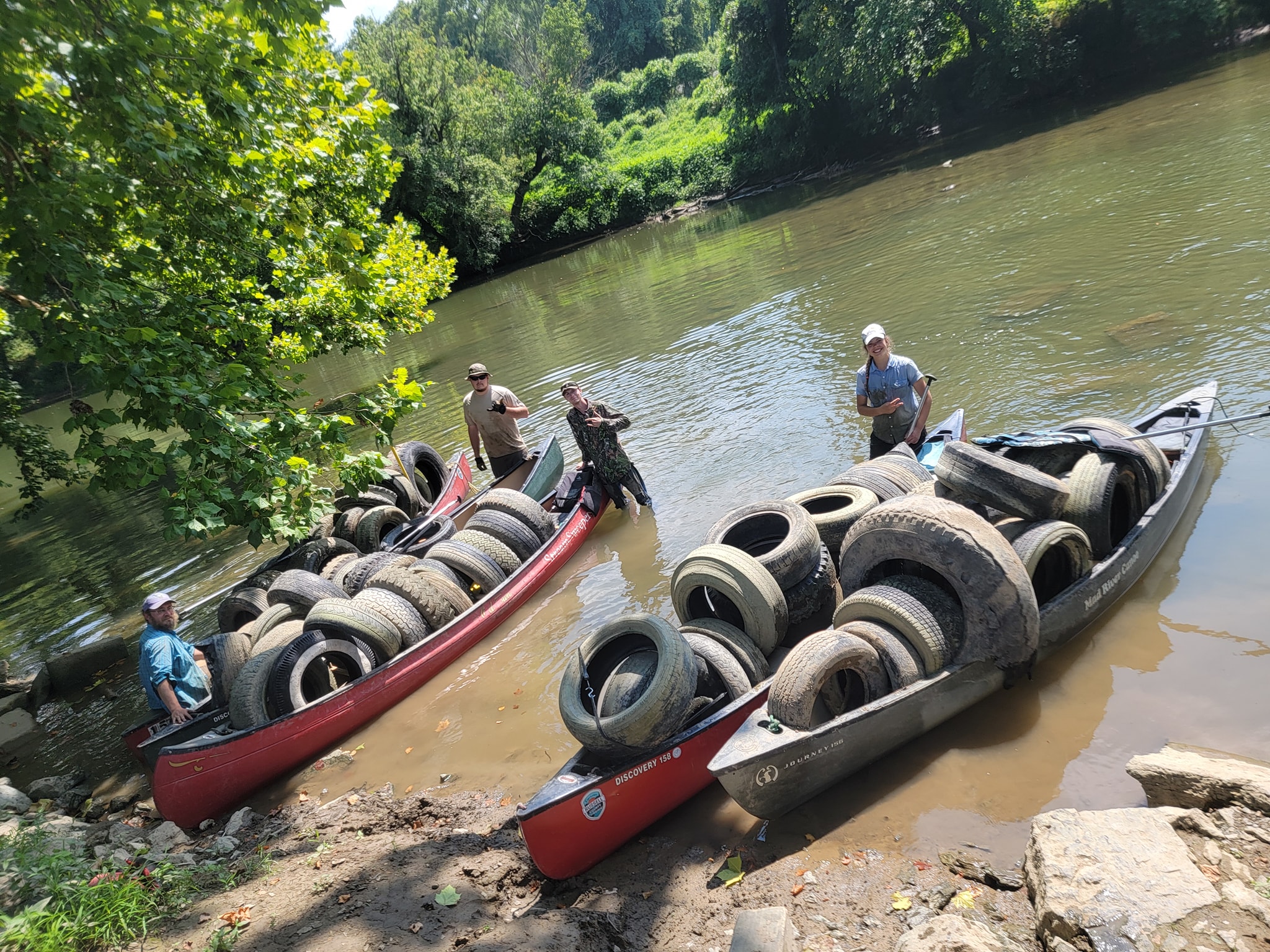 
Amid constant negative climate news, it can feel difficult to make a difference. But getting involved with cleaning up a local waterway is an easy and impactful way to help the environment and community. While hosting a cleanup might seem like a daunting task, with the right knowledge and preparation, it is more simple than it might seem.

Within the Appalachian region alone, groups like nonprofit organizations and service clubs as well as individuals host hundreds of river cleanups throughout the year. These already-existing groups make it easier for folks to get involved, and events can be found on established websites such as the calendar for Western North Carolina organization MountainTrue, as well as through smaller Facebook groups.

Several river cleanup leaders provided tips for those wanting to branch out and start cleanups of their own.

A Clean Wilson Creek, a nonprofit group in Mortimer, North Carolina, organizes volunteers for large monthly cleanups that cover 15 miles of the National Wild and Scenic River, as well as completing spot cleanups with the organization’s core team. 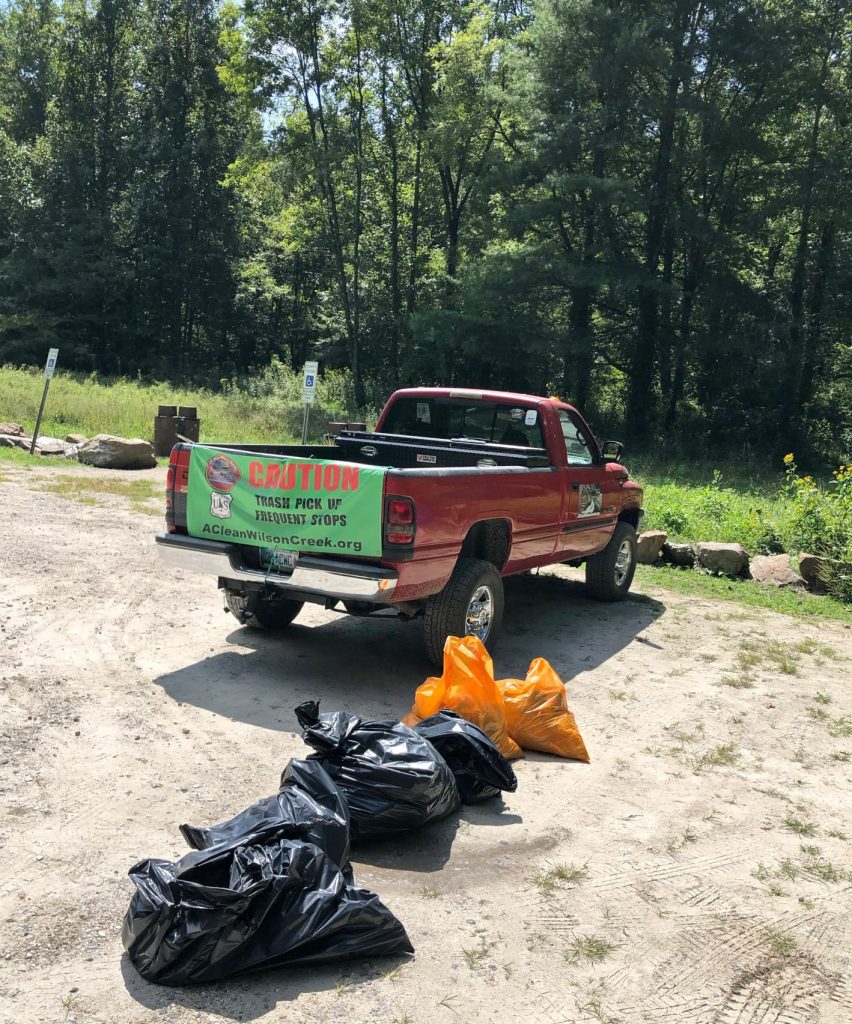 A banner on the back of this red pickup makes it clear that this truck has a mission — to pick up trash and keep Wilson Creek clean! Photo courtesy of A Clean Wilson Creek

For a typical cleanup, Wes Waugh with A Clean Wilson Creek starts his day at 8:30 a.m. at their base camp, a Civilian Conservation Corps workstation built in the 1930s. For about half an hour, volunteers have time to drink coffee, eat a bagel, get to know each other and plan out the day.

The volunteers divide into three teams to cover one of three zones: the upper river, middle river and Forest Service area, where they work until midday. Afterwards, everyone determines how much trash was picked up and eats lunch, with the cleanup typically ending around 2:30 p.m.

The heavy use season in the summer is when cleanups are most necessary, according to Waugh, though more crowded times such as the Fourth of July and Labor Day make cleanups more dangerous due to increased traffic.

To help with that, Waugh stated that A Clean Wilson Creek hands out trash bags to river-goers during high-use weekends.

“Most of those groups are very cooperative,” Waugh says. “If we communicate with them and give them trash bags, they’re pretty good about cleaning up after themselves, but there is always a lot of microtrash left. And that’s what takes a lot of our time during heavy use season, is just doing the microtrash clean up and breaking up campfire rings.”

After Labor Day weekend, Waugh says, “we take a deep breath and really do the deep cleaning on the river. That time of year is a lot more fun. You can also enjoy yourself; go down and work some and just enjoy the river in a peaceful setting. The summer is just kind of intense. It feels like a battle.” 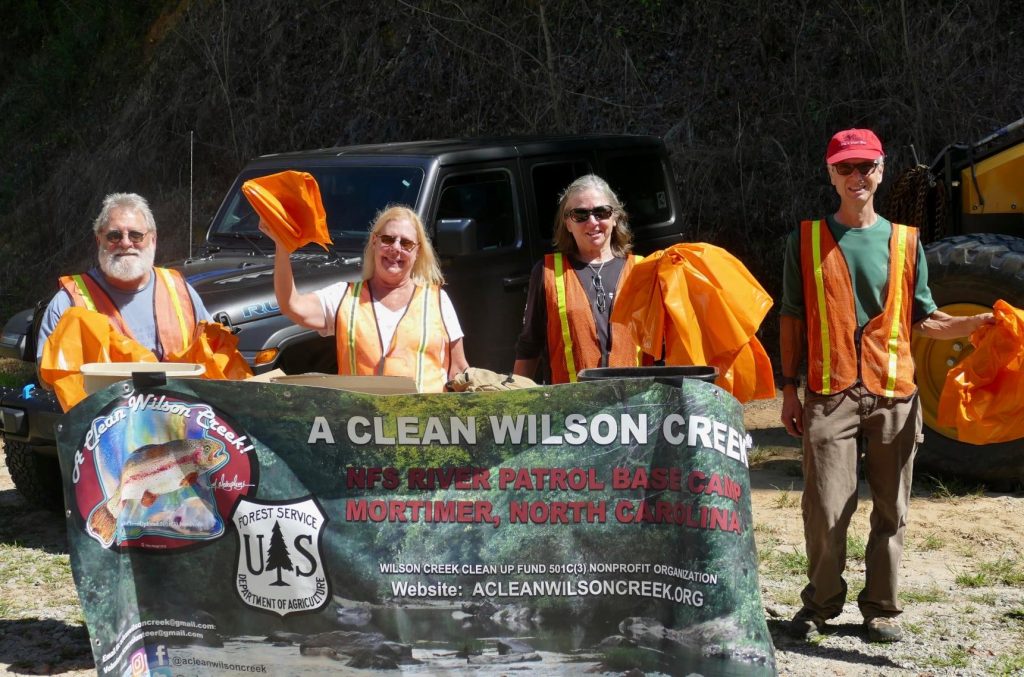 For Lori Keenan McGuinness, co-chair of the Goose Creek Association in Middleburg, Virginia, a typical cleanup starts a little after 9 a.m., with time for volunteers to talk and get to know each other. The group then works on the creek until they wrap up and eat lunch around 1 p.m. 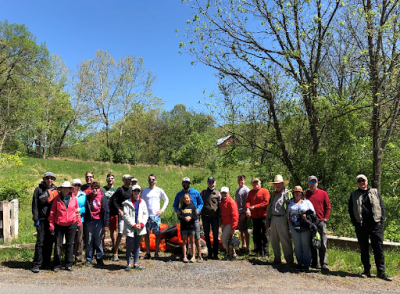 The Goose Creek Association organizes annual cleanups, though the most recent cleanup the group hosted was May 2019 because of interruptions from COVID-19. The group’s next cleanup is scheduled for October 2 in a new area of Goose Creek.

“The water was relatively deep and clear,” McGuinness wrote in an email about that last cleanup in 2019. “The bluebells bloomed on the shores and it was a pure delight to be part of the cleanup … At the end of the cleanup, we enjoyed a lunch together and reminisced about the joy of floating down the Goose while doing good!”

McGuinness wrote that despite being in deeper waters that could potentially obscure trash, the group collected many bags of garbage that day. 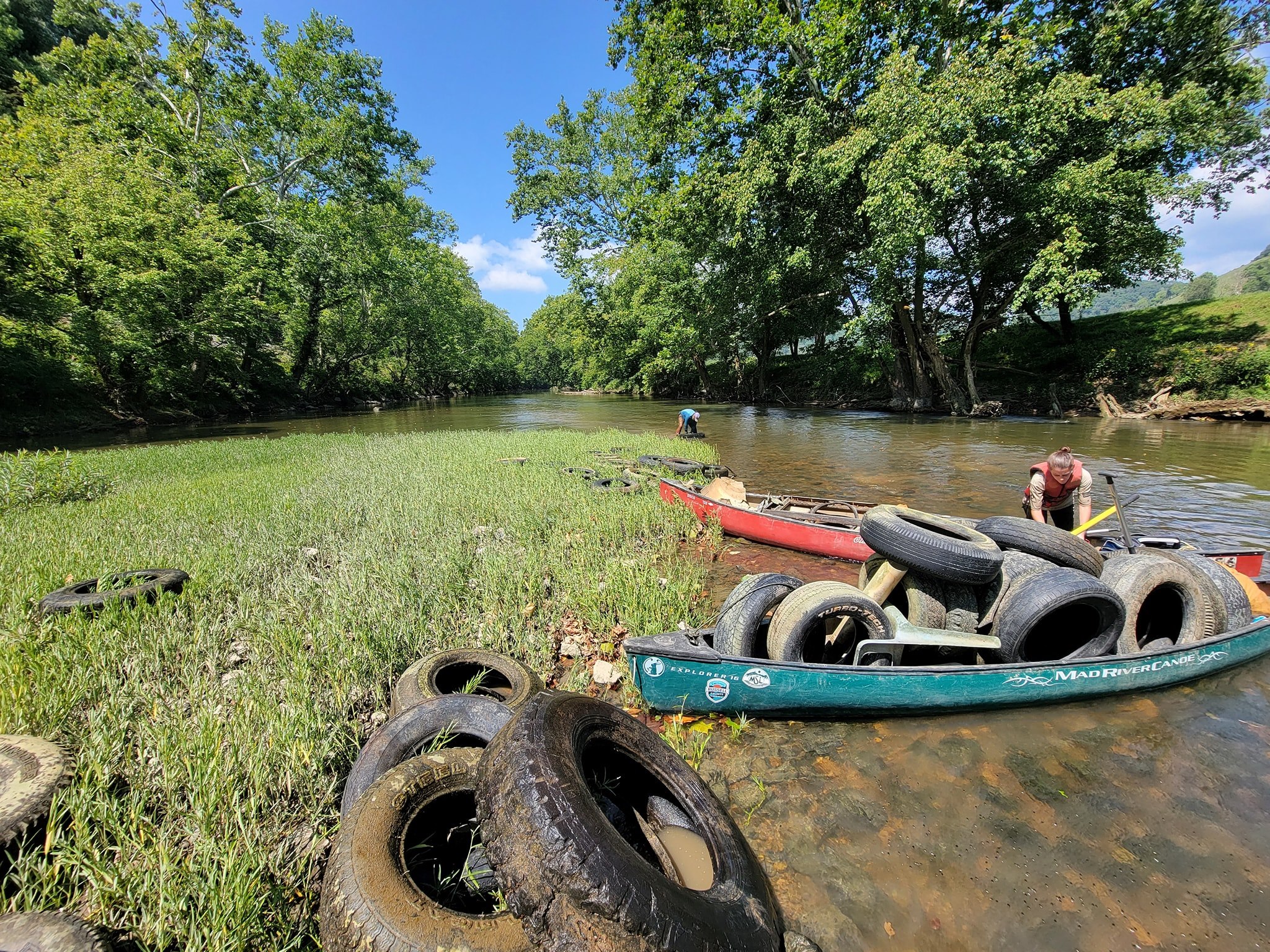 Maddie Gordon, Clinch River project manager with StreamSweepers, a program through the Virginia-based nonprofit Center for Natural Capital, emphasizes the importance of wearing sturdy, closed-toed shoes, long pants and gloves at a cleanup.

“We deal with a lot of metal objects, as well as the chemicals in tires, so we have to protect ourselves,” Gordon wrote in an email.

What should I bring with me to a cleanup?

Cleanup days with StreamSweepers begin at 7:30 a.m., when everyone meets at a central location to load up canoes and equipment. After cleaning on the water, the group transports trash to a recycling center in trucks, ending the day at 4 p.m.

“Hearing people talk about how much better the area looks is very rewarding,” Gordon writes. “Knowing that our work will be appreciated and enjoyed for generations to come is a driving force for what we do.”

From picking up an empty soda can out of a river to organizing communities to come together and clean a nearby lake or creek, it is possible to make a tangible difference that improves waterways and, subsequently, the planet.