In gratitude to Appalachian Voices’ outgoing and incoming board chairs 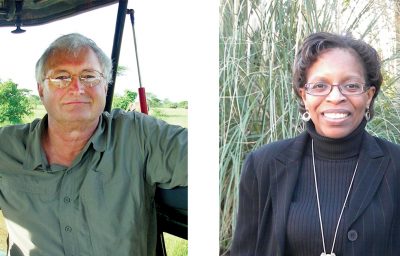 During this season of gratitude, we thank James "Kim" Gilliam for his six years of excellent leadership as Appalachian Voices Board Chair, and welcome new Board Chair Tracey Wright to her role. Read on to learn more about Tracey and Kim. [ Read More ] 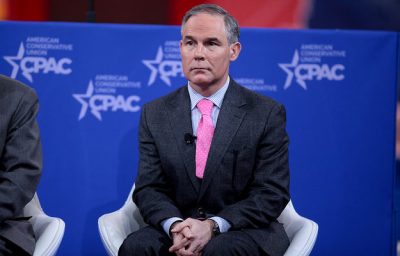 Many of Donald Trump's Cabinet appointees take positions that threaten public health, air and water quality, and our natural heritage, and that accelerate climate change. Appalachian Voices is joining with clean energy advocates, climate activists and public health proponents across the country in urging the Senate to stand for our health and environment and reject these nominees. [ Read More ] 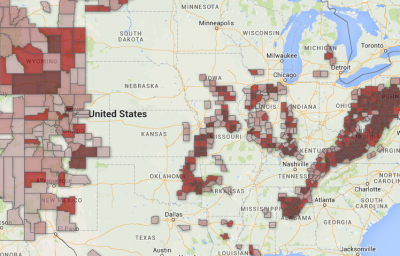 From The Appalachian Voice: A rare bipartisan proposal aims to tackle two pressing issues related to the flailing coal industry — the need for new economic opportunities in central Appalachia and repairing environmental damage from decades of mining. [ Read More ]

Homeowners near mine struggle with blasting damage 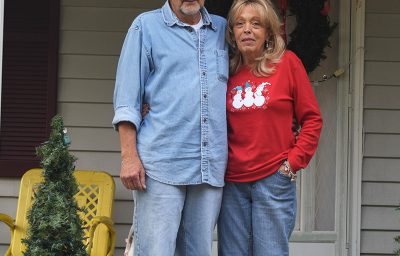 From The Appalachian Voice: Karen and Jerry Kirk live in a home that they believe was damaged during blasting for a nearby surface coal mine. Despite years of frustration, they have been unable to get compensation for the damage to their property. [ Read More ] 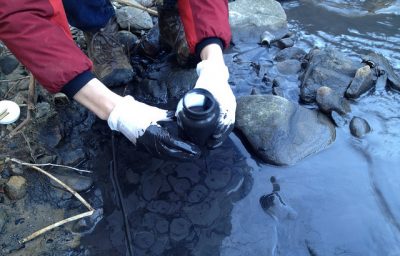 From The Appalachian Voice: America’s environmental regulations have hampered the coal industry to varying degrees for decades, and though those rules can protect communities from pollution, the law alone is often not able to secure clean water. Here are some of the trouble spots. [ Read More ] 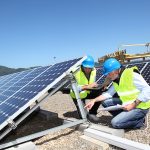 The N.C. Utilities Commission's decision to renew a set of rules governing the contracts between electric utilities and independent power producers allows the state's solar developers to begin the new year on steady footing. [ Read More ] 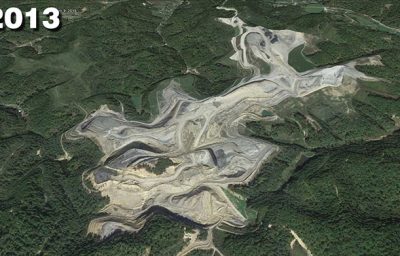 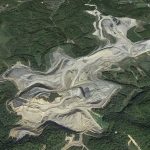 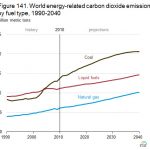 On this date in 1988, Dr. James Hansen of NASA testified about the scientific evidence clearly linking carbon dioxide to global climate shifts before a Congressional committee. But Bobby McFerrin's "Don't Worry Be Happy" was one of the top tunes of the time and that attitude drowned out climate scientists for years. Twenty-six years later, America is beginning to take Hansen's warning seriously. [ Read More ] 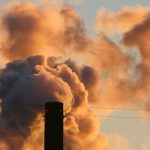 The U.S. Environmental Protection Agency’s efforts to reduce climate-changing carbon dioxide emissions from the nation’s existing power plants are expected to be unveiled on Monday, June 2. For environmental news junkies like us, this is the equivalent of the Super Bowl pre-game show. See what the buzz is about, and read our coverage of the rules in The Appalachian Voice. [ Read More ] 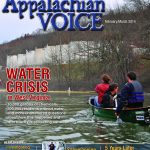 As the cover photo indicates, the latest issue of The Appalachian Voice features coverage of the ongoing water crisis in West Virginia water crisis, but there is much more Appalachia-inspired content inside too -- from pieces sharing seasonal ways to enjoy the beauty of Appalachia to stories about significant points in our past such the TVA disaster, which occurred 5-years ago this past December. Here's a rundown of featured stories you'll find in this issue of The Voice. [ Read More ] 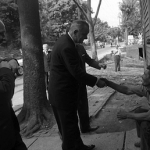 On this day 50 years ago, President Lyndon Johnson sat on a front porch of a weary-looking eastern Kentucky home and declared war on poverty. At the time, one in three Appalachians were considered poor. The poverty rate in the region is now closer to the national average — 16.1 percent in Appalachia compared to 14.3 percent nationally — but, as you might suspect, those statistics tell only part of the story. Economic disparities between Appalachian counties and sub-regions remain high, and, as it was in 1964, eastern Kentucky remains a focal point. [ Read More ] 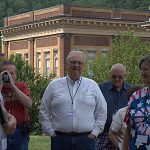 When the battlefield on Blair Mountain was removed from the National Historic Register in 2009, West Virginia resident Doug Estepp was outraged. As the site of a landmark uprising of coal miners in 1921, Estepp reasoned that tourism centered around the state’s compelling history could be a source of sustainable economic diversification and also help raise awareness of the region’s stories and struggles. After Blair Mountain was delisted, Estepp decided that it was time to make that vision a reality.
[ Read More ]
Older Posts