Eliza Laubach hails from the Midwest though her heart was captured by the Blue Ridge Mountains. She worked with AV from 2014-2016, first as an AmeriCorps Outreach and Communications associate and then as an Energy Savings coordinator, communicating the benefits of energy efficiency to residents of WNC.

The Energy Savings for Appalachia program is expanding: Part 1 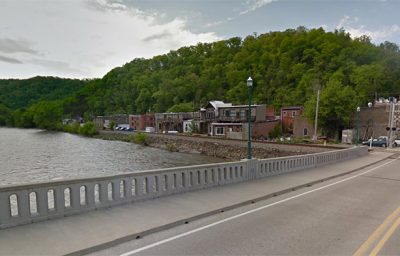 After achieving success in the North Carolina High Country, we are expanding the Energy Savings for Appalachia campaign to the service territory of the French Broad Electric Membership Corporation. [ Read More ]

Eliminating poverty housing with efficient and alternative energy use 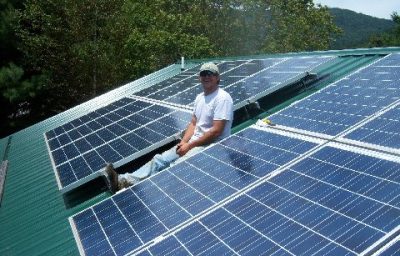 When North Carolina’s Ashe County Habitat for Humanity formed five years ago, seven people came together to study how to best build a home. They made a commitment not only to affordability, but also to energy savings, and the board voted to build all Ashe County Habitat houses to maximize efficiency and place an emphasis on alternative forms of energy. [ Read More ]

Video illustrates need for energy efficiency in the High Country 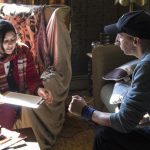 In the mountainous northwestern corner of North Carolina, many residents struggle to afford to heat their homes, especially during the region's long, harsh winters. As part of our High Country Energy Savings campaign, we produced a video featuring the three winners of our High Country Home Energy Makeover contest that provides a glimpse of their experiences with high energy bills and the benefits of greater energy efficiency. [ Read More ] 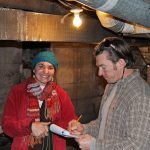 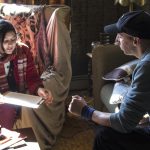 Zach Dixon, a resident of Boone, N.C., and the grand prize winner of Appalachian Voices' High Country Home Energy Makeover Contest heats his house with space heaters, and chronically struggles to pay his electricity bills. With help from many partners around the High Country, we're working to change that. [ Read More ] 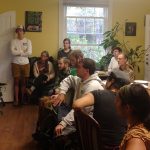 Did you miss the party? Last Thursday, Energy Savings for Appalachia hosted a launch party for our new campaign focusing on Blue Ridge Electric Membership Corp. Energy efficiency advocates and residents facing high energy costs gathered in our downtown Boone office to hear about the campaign and how they can get involved in our outreach efforts. [ Read More ]
Older Posts