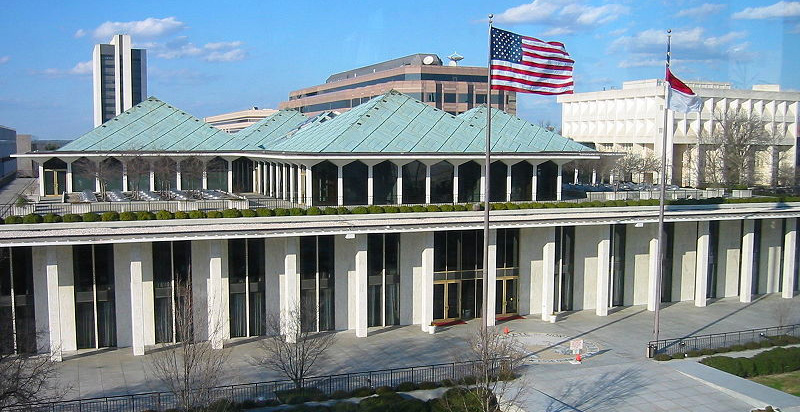 After a long and contentious legislative session, the North Carolina General Assembly adjourned on November 29, with a plan to return December 30th, 2021 for a short legislative session to address outstanding issues like bills that have already “crossed over” (meaning they have been positively voted on in one chamber and need a vote from the other), potential veto overrides and redistricting.

Over the past several months, Appalachian Voices, our members, and our partner organizations have been tirelessly advocating to decision makers, educating the media, and keeping communities informed about how energy policy impacts all of us. That work will continue when the legislature reconvenes, but we wanted to give you a little bit of an update on what’s been going on.

In 2021, we spent a lot of time talking about HB 951, a bill that was signed into law on November 13, that makes significant changes to the way electricity is generated and utilities are regulated, and sets lofty climate goals for North Carolina. The law lacks the teeth major climate legislation often contains and doesn’t do nearly enough to protect residential ratepayers across the state, whose bills will rise as Duke Energy continues to make record profits. Moving forward, we are committed to making sure HB951 is implemented in a way that meets its goals, and prioritizes individuals and communities who are already struggling to keep up.

We also fought against HB 220, legislation similar to that which the American Gas Association has been pushing around the country to prevent communities from pursuing their own clean energy goals. It not only would have undermined a community’s ability to self govern, but would have restricted access to public records information regarding things like electricity generation, water treatment, and wastewater outfall – information that is critical for holding utilities accountable. Governor Cooper’s veto of the bill showed a commitment to allowing local governments to pursue a clean energy economy and protect transparency and accountability.

While we didn’t get every win we wanted, we’re not giving up. We’ll keep fighting in the new year to ensure that HB 951 is implemented and enforced in ways that protect all North Carolinians, and doesn’t unnecessarily burden low-to-moderate income families and small businesses. And when the short session begins in the new year, we’ll continue to closely monitor the legislature and ensure they don’t try to sneak more harmful legislation through.

These are fights we’re used to, and we’re good at winning them. The efforts of our multi-state pipeline team have been going on for years. Their tireless advocacy in front of legislators and regulators led to the cancellation of the Atlantic Coast Pipeline, and more recently, the denial of a key permit for the Lambert Compressor Station in Virginia, a vital piece in the extension of the Mountain Valley Pipeline into North Carolina.

As we move into the holidays, we’re looking forward to rest and spending time with family. When the new year begins, we’ll be ready to keep fighting. Thank you all for your support and engagement this year and in the year ahead.