Collapse of the coal industry: Problems and recommendations 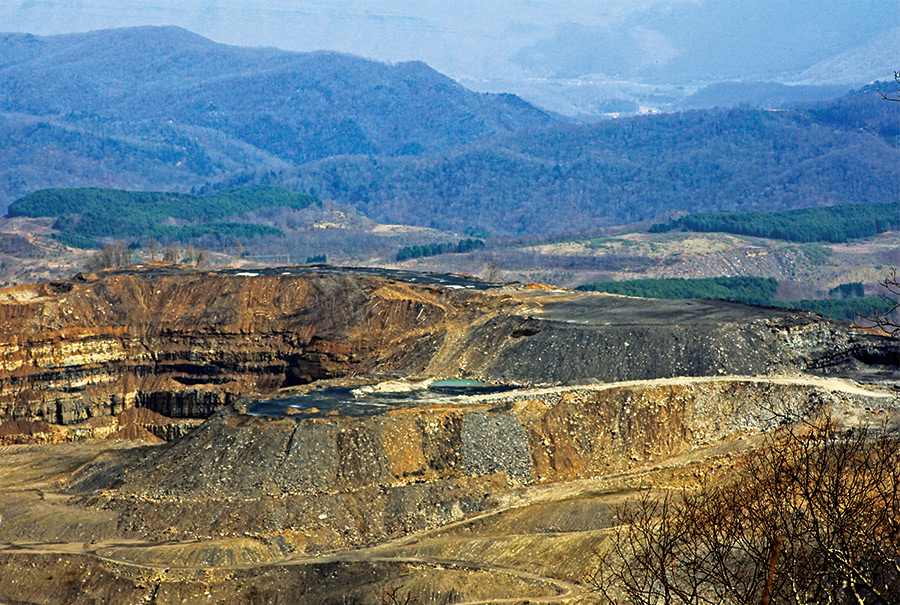 This photograph of a mountaintop removal coal mining site at Looney Ridge in Virginia was taken in 2015, but the site looks similar today. Photo by Erin Savage/Appalachian Voices

As coal mines close, there’s an urgent need for regulatory action to restore lands and waters.

In just the past few years, coal electricity and corresponding production from mines have been cut in half as utilities switch out aging coal plants with lower-cost renewable energy and natural gas. The coal plants that are still running are running less, and looming compliance obligations for pollution controls, carbon costs, and coal ash cleanup further threaten the economics of these power plants. Utilities are diversifying away from coal, but the mining companies that have long made their only profit on this single commodity are collapsing into bankruptcy, and in some cases just walking away from mine sites across the country, leaving workers, communities, and regulators left to pick up the pieces.

Our coal mine regulations have simply not kept up with the collapse. Regulators have been left without the money – or the legal tools – to address growing problems of scarred landscapes and polluted waters. If agencies like the Office of Surface Mining Reclamation & Enforcement (OSMRE) do not act now to address this reality, it will soon be too late.

The problem: Insufficient funds and lack of operator accountability for reclamation

While every coal basin faces unique challenges, one commonality is that coal mines across the country are ceasing production and companies are walking away from their reclamation and water treatment responsibilities. In some instances, that is being done through the abandonment process in bankruptcy; in others, coal companies are functionally abandoning permitted mines before they are reclaimed. Some companies have been able to transfer unprofitable mine permits and the reclamation obligations that go with them to smaller, under-capitalized companies.

In the end, OSMRE and the state regulatory authorities are being left with only the funding from the mine’s performance bond or bond pool to reclaim land and perform ongoing water treatment. Because of historic inadequacies in bonding, those amounts are insufficient to properly reclaim these sites. As a result, coal communities throughout the nation will be left with unstable and polluting mine land, further exacerbating the significant economic justice issues facing those areas.

Lack of Reclamation: Coal mining and reclamation plans haven’t kept up with the pace of collapse. Many reclamation plans are decades out of date4 and assume mining will continue into the future, meaning reclamation is left for another day, likely when the company will no longer be around. What’s worse, regulatory authorities have allowed some coal companies to cease mining – and reclamation work – ostensibly until the coal market improves. Given the significant current and projected declines in demand for coal, it is unlikely that most of these mines will ever resume production, and the permit holders may lack the financial means to complete reclamation, which only becomes more expensive and difficult over time.

Offloading Liabilities: Both in and outside of bankruptcy, bigger companies are offloading coal mine permits, and corresponding liabilities, to smaller, less-capitalized companies. When the smaller companies realize they too cannot make a profit from these distressed mine sites, they also tumble into bankruptcy or walk away. This practice of vulture capitalism leaves workers, small businesses, and others unpaid and leaves lands and waters unreclaimed.

Water Pollution: SMCRA forbids issuance of permits where long-term water pollution may occur.5 Because that prohibition and requirements to isolate any toxic-producing materials on mine sites have been so poorly enforced, many coal mines continue to discharge toxic water years after mining ends. Often there is no bond money to cover long-term water treatment costs, leaving communities to suffer the health and economic consequences of polluted waterways.

Insufficient Bonding: Reclamation performance bond protections are failing and cannot be relied upon to adequately protect the communities near mine sites left abandoned by collapsing coal mine companies. 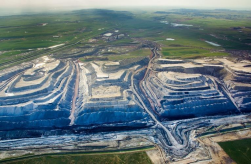 Arch Resources, Inc., is phasing out its thermal mines, in-cluding Black Thunder Mine, which is the second-largest coal mine in the nation.

Better Data: The first thing regulators must do is to get a handle on the scope of the problem. OSMRE needs to work with states and stakeholders to quickly identify total reclamation liabilities, bond amounts, and any outstanding coal company liabilities regarding taxes, royalties, or employee compensation. This information will help regulators address mine closure and reclamation needs and consider the solutions as job creation strategies that are part of a larger plan to address our nation’s rapidly changing energy landscape.

Reform Bonding: Regulators must eliminate financial assurance options such as self-bonding and pool bonding that have been proven unable to cover the costs of reclamation work. Regulators must also improve bond calculation methodologies to ensure that bond amounts cover what is required, including long-term water treatment obligations.

Increase the Speed of Reclamation: Regulators should use existing tools to better enforce reclamation requirements, as well as improve guidance and regulations to ensure lands and waters are restored by the end of the economic life of the mine.

Prevent Bad Actors from Getting Permits: OSMRE must reform and enhance its database that tracks permit violations, giving regulators the information they need to prevent bad actors from getting new permits. For the permit transfers that go through, regulatory authorities should continue to hold previous owners and controllers of a mine responsible, preventing them from offloading these responsibilities to a company that may not have the financial means to pay them.

An Ongoing Example: The Blackjewel Bankruptcy

Blackjewel, LLC, once the sixth-largest coal producer in the country, filed for bankruptcy in July 2019. Approximately 1,700 miners lost their jobs without warning and paychecks were pulled from their bank accounts. Blackjewel held 303 permits across five states covering 365,000 acres of land. Many of their permits were acquired from previous coal bankruptcy proceedings where companies sought to offload liabilities.

In bankruptcy, Blackjewel asked to walk away from over 200 permits. Though over 170 of these permits have companies interested in purchasing them, permit transfers have not occurred because some of the purchasing companies themselves are now insolvent or have stalled the transfer because surety companies do not want to bond thermal coal permits. There are also 33 permits in Kentucky that will be revoked and left for the state regulatory agency to clean up. However, according to an estimate from the Kentucky Energy and Environment Cabinet, Blackjewel’s bonds for those sites are insufficient for reclamation, leaving a funding gap of over $28 million.