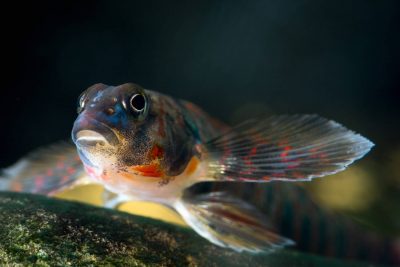 The public comment period for a key water quality permit for the fracked-gas Mountain Valley Pipeline closed on May 28. The U.S. Army Corps of Engineers permit would allow developers of the 300-mile pipeline to discharge material into waterways, some of which are home to endangered species like the candy darter.

Appalachian Voices, the nonprofit organization that produces The Appalachian Voice, collected more than 200 letters asking the Army Corps to not rush the permit review. The comment period was originally set to end on April 28, but the agency extended it by 30 days at the request of environmental groups. The Army Corps is expected to make a decision on the permit by the end of June.

“With more than 300 water quality violations, MVP has proven that they are incapable of safely completing this project,” says Appalachian Voices North Carolina Field Coordinator Ridge Graham. “It would be a travesty for the Army Corps to forego a thorough review and grant a free pass to MVP to dump material into pristine streams and wetlands that are critical habitat for many endangered species.”

On May 27, the U.S. Environmental Protection Agency announced that it would rewrite a Trump-era Clean Water Act rule that cleared regulatory hurdles for fossil fuel development. The agency stated that they will begin a stakeholder engagement process in June.

“We have serious water challenges to address as a nation and as EPA Administrator, I will not hesitate to correct decisions that weakened the authority of states and Tribes to protect their waters,” said EPA Administrator Michael Regan in a press statement.

In January, Mountain Valley Pipeline, LLC abandoned plans to pursue a separate one-size-fits-all federal stream crossing permit. The company is instead seeking individual permits from state agencies and the Army Corps for each of the nearly 500 streams and wetlands in its path. The company now expects the pipeline to cost $6.2 billion with a completion date of summer 2022. Developers originally estimated that the project would be complete by 2018 with a price tag of $3.7 billion.

In March, the Virginia Department of Environmental Quality asked the Army Corps for an additional year past the current deadline of July 2 to review MVP’s stream crossing permit application.

“Based on the complexity of this project and past public controversy, we cannot reasonably issue the [water] permit before December 2021 and we believe it is quite likely that we could not issue this permit until early 2022,” wrote Melanie Davenport with the DEQ in a March letter to the Army Corps.

Army Corps spokesperson Breeana Harris told the Roanoke Times on May 29 that the agency is considering Virginia’s request for more time.

In April, the West Virginia Department of Environmental Protection requested a 90-day extension to review MVP’s stream crossing permit request. The department had not received a reply from the Army Corps as of May 25, according to the Charleston Gazette-Mail. The West Virginia DEP is accepting public comments for the Clean Water Act permit before holding a virtual public hearing on June 22.

David Sligh, the conservation director with nonprofit environmental organization Wild Virginia, told the Pittsburgh Business Times in April that the public comment period was not long enough even with the extension. Instead, he stated that the Army Corps should grant the Virginia DEQ’s year-long extension.

“The information MVP has submitted to the Corps is woefully inadequate, leaving the agency and the public without data and analyses that must inform such an important decision,” Sligh told the Pittsburgh Business Times.

Categories: 2021 — Spring | All Posts | The Appalachian Voice | The Energy Report