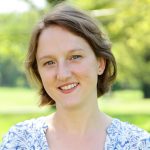 Special to the Front Porch: Our guest today is Carrie Ray, the energy programs coordinator at the Mountain Association, a nonprofit organization working toward a just transition for Eastern Kentucky.

Last fall, in the middle of a pandemic that has caused many Eastern Kentuckians to face even more dire financial situations, Kentucky Power filed a new rate proposal case in Frankfort that proposed higher electric rates for more than 165,000 customers in 20 counties, and significant changes to solar net metering rates.

Kentucky Power asked for a 25 percent hike in rates — their third hike in five years — and also included disincentives for much-needed energy efficiency upgrades that would save home and business owners money.

That’s why the Mountain Association, Kentuckians For The Commonwealth (KFTC) and the Kentucky Solar Energy Society, represented by Tom FitzGerald with the Kentucky Resources Council, jointly intervened in the case through formal proceedings. We sought to participate so we could advocate for reasonable rates and fair solar net metering policies.

Every year the PSC receives around 500 applications from utility companies for changes to rates and services. Nearly 85 percent of these cases go unchallenged. Our status as “Joint Intervenors” allowed us to contribute testimony and to cross-examine witnesses in order to bring more scrutiny to Kentucky Power’s proposed rate hike. Together, we raised awareness of the case. More than 250 public comments were filed through KFTC’s website. We encouraged virtual opportunities for public hearings so customers could safely comment during COVID-19, and ultimately three such hearings were held.

Changes to rates with the new ruling as compiled by the Mountain Association. For any questions on the chart, contact carrie@mtassociation.org

The PSC agreed with us that the company’s plan to spend tens of millions of dollars on new, advanced meters and their proposal to recover those costs should be denied, sparing customers from additional charges to pay for those upgrades. They also rejected Kentucky Power’s plan to charge lower rates to their highest energy users. We argued that this “declining block rate” would discourage investments in energy efficiency. There are far better ways to help customers with high winter bills, including pay-as-you-save efficiency programs that will lower bills and improve peoples’ homes at the same time.

The Commission did not agree with us that the fixed meter charge should not be increased, and approved the company’s request to increase that monthly charge that all residential and small commercial customers pay, regardless of their energy use. We had opposed this proposal because it discourages people from investing in efficiency, makes it harder for customers to manage their bills by conserving energy, and because the impact falls hardest on customers with low and fixed incomes. 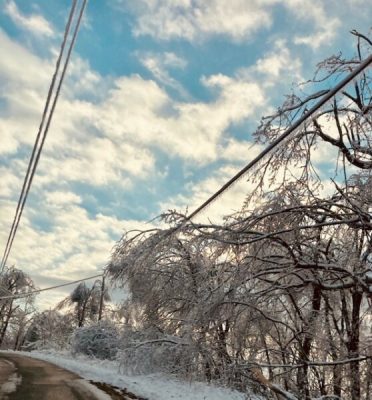 The ice storm in February 2021 showed how critical it is to pay attention to how utilities are regulated. Pictured: Boyd County, Ky., ice storm damage. Photo courtesy of Mountain Association

The PSC deferred a decision on changes to Kentucky Power’s solar net metering rates. The utility had proposed cutting the credit provided to solar customers by 75 percent. The Commission criticized the utility for not providing a cost of service study to justify their new rates, and rejecting their attempt to base the rates on their “avoided costs.” If the PSC had approved those proposed changes to solar net-metering, it could have set a bad precedent for all other electric utilities in Kentucky. Instead, the Commission said it will rely on the advice of a consultant and has set a new hearing to gather additional evidence in order to determine what is a fair value for electricity fed into the grid by solar net-metering customers.

In the meantime, the PSC Order allowed Kentucky Power to implement the proposed solar net metering rate, subject to having to refund customers if the proposed lower rate is not finally approved at the time of their deferred decision in May. Unfortunately, the decision of Kentucky Power to implement the rates before the case is concluded has created unnecessary confusion for customers considering solar.

The Mountain Association, KFTC, Kentucky Solar Energy Society and Metropolitan Housing Coalition are now intervening in rate cases filed by Louisville G&E and Kentucky Utilities. These cases also include significant changes to net metering policies for solar customers. Public comments, although accepted at any time, are suggested to be sent by the hearing, which has not been scheduled but is anticipated to be April 2021 or later.

To file public comments in this rate case, include the case number (2020-00349 KU or 2020-00350 LG&E) within the subject line of your email to the Public Information Officer at psc.info@ky.gov and provide your full name and place of residence in the body of the e-mail; or send via mail to Public Service Commission, 211 Sower Boulevard, Post Office Box 615, Frankfort, KY 40602.

The PSC has an obligation to establish rates that are fair, just and reasonable to all ratepayers. Our organizations intend to help the PSC hold utilities accountable to those standards and to the ratepayers.

Carrie Ray is the Energy Programs Coordinator at the Mountain Association. She can be reached via email at carrie@mtassociation.org.