Special to the Front Porch: Our guest blogger today is Rebecca Shelton, Coordinator of Policy and Organizing at Appalachian Citizens Law Center, based in Kentucky. John Cline also contributed to this blog; John is an attorney in West Virginia who represents miners in black lung disability claims. 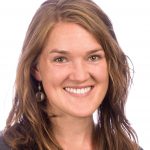 The Affordable Care Act is in the news these days as a key focus of Senate confirmation hearings of U.S. Supreme Court nominee Amy Coney Barrett. With a current challenge to the law pending before the high court, several healthcare provisions hang in the balance including medical coverage for about 23 million Americans, lower health care costs and protection for people with pre-existing conditions. In addition, there are two important provisions for coal miners with black lung disease:

(1) A “15-year rebuttable presumption” stating that if a coal miner has a totally disabling breathing impairment and at least 15 years of qualifying coal mine work, then the miner’s pulmonary disability is presumed to be caused by the long-term coal mine dust exposure unless the coal company can prove otherwise.

(2) A provision that widows of coal miners disabled by black lung are entitled to continuing black lung benefits without having to endure years of litigation.

The Black Lung Association, composed of miners, widows, and supporters, has fought long and hard for these two provisions, and their loss would add insult and economic hardship to those disabled miners and widows. 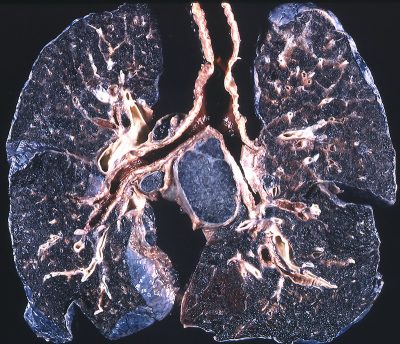 The continued solvency of the Black Lung Disability Trust Fund also remains a concern. Without congressional action, the excise tax on coal that goes into this fund is slated to be cut in half at the end of the year. Further stressing the fund, recent coal bankruptcies continue to shed black lung liability onto the trust fund. Though facing insolvency, the trust fund is the only funding source authorized by the federal government to provide critical health benefits. Black Lung Association (BLA) members and advocates continue to fight for the excise tax year after year as Congress has not acted to pass the Black Lung Disability Trust Fund Solvency Act (H.R. 3876, S.3172) which would provide a 10-year extension of the tax.

This year this has been particularly difficult for miners with black lung disease. Covid-19 has made BLA chapter meetings dangerous as miners with impaired lungs are particularly susceptible to severe complications from the virus. In spite of these challenges, BLA members have adapted their work to take place over conference calls and zoom meetings even though many do not have access to stable internet connections.

Black lung health care is critical for miners and their families. It is imperative that the excise tax be extended before the end of the year and the two components of black lung law included in the Affordable Care Act are protected.

Rates of black lung disease have hit a 25-year high in Appalachian coal mining states, and have reached epidemic levels in coal communities across the nation.

Coal miners who are able to prove that they are disabled from black lung and their spouses and dependents are entitled by law to modest living and medical benefits, after what can be an excruciating legal process that sometimes outlasts the life of the miner. The Black Lung Disability Trust Fund pays for benefits to coal miners and their surviving dependents in cases where the miners’ employer has gone bankrupt or not been found responsible. 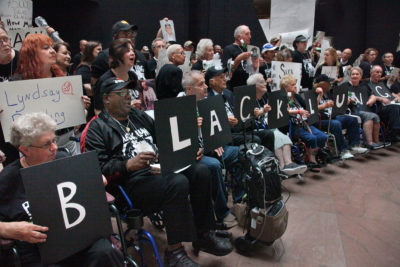 Miners with black lung disease and their supporters in Washington DC in 2019.

The trust fund is more important now than ever because a wave of bankruptcies in the coal industry has created increased pressure on the fund. It is supported by a small excise tax paid by companies per ton of coal sold domestically at a rate that was unchanged for more than three decades. Congress allowed the rate to be cut in half at the end of 2018 and reinstated it for one year at the end of 2019.

Miners and their families deserve the support they have long been promised. Learn more at this website. You can contact Rebecca at rshelton [at] aclc.org