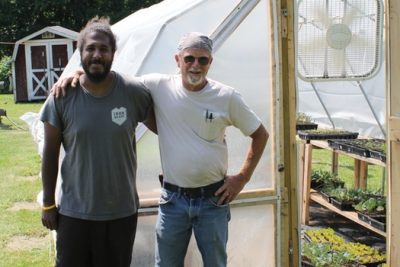 With the average farming age in Ohio of 59, the successful transfer of land will be an important issue in coming years. Photo courtesy of OEFFA

The future of our food system depends on the successful transfer of land to the next crop of farmers.


However, it can be an overwhelming process for the elder generation.

Kelly Cabral, farmland specialist for the Ohio Ecological Food and Farm Association said the direct descendants of farmers are becoming less interested in taking up the torch.

She said that can create soft issues that complicate the succession process, given the long-term financial and emotional investments of the elder generation.

“Transferring something that they’ve been building their whole life can be really emotional, Cabral said. “Oftentimes, there’s family dynamics at play; there’s a lot of communication issues. You know, they get stuck in these logjams where they can’t really move forward or have a really hard time letting go.”

In its work to help farmers with land transfers, OEFFA will host a three-part online workshop this fall.

Cabral said it will be like a “succession school,” as she and other experts offer guidance in land-access issues, leases, case management and other transfer matters.

Cabral added the average Ohio farmer is age 59, and roughly 10% of small farmers exit the business each year.

“These land transfers are going to be happening over the next 10 years, so it’s a critical time to get these farmers connected,” Cabral said. “One of the most important services is just linking people together who otherwise might not have the ability to connect.”

OEFFA runs Heartland FarmLink, a free online networking platform to connect farmers in need of land with those who are looking to lease or sell.

Cabral said the connections are crucial to ensuring the local food system is supported.

“There is this surge right now in younger folks interested in smaller-scale, sustainable farming systems,” Cabral said. “And so if we aren’t creating an environment for those businesses to thrive, we’re going to be missing out on all those opportunities.”