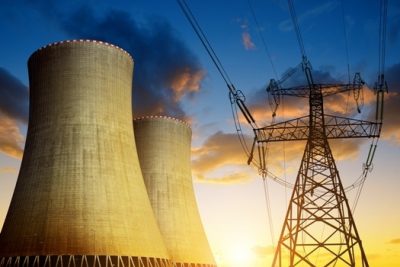 COLUMBUS, Ohio – Ohio’s controversial energy-bailout legislation at the center of a bribery scandal is getting some new attention in Columbus this week.

Lawmakers in both chambers are discussing bills that would either repeal or alter House Bill 6 – which would fund $1.6 billion in utility subsidies through a new customer surcharge.

The 2019 legislation is at the heart of an alleged $60 million bribery scheme, which Rachel Belz – executive director with Ohio Citizen Action – noted came to light over four months ago.

“People are just so mad that they can’t seem to do anything about this,” said Belz. “It’s sort of a rudderless ship in Columbus. And if they don’t repeal House Bill 6, then First Energy starts to collect our money January 1st. It’s an impending deadline that they don’t seem to be taking seriously. ”

Ohio House Speaker Larry Householder and four others are facing federal indictments in the case.

House Bill 798 would delay the subsidies for one year. It was introduced yesterday, with hearings today and tomorrow.

And the Senate Energy and Public Utilities Committee heard testimony yesterday on Senate Bill 346, which calls for a full repeal of HB 6.

Opponents of repeal contend the legislation passed on its own merits, and would help maintain the state’s two nuclear-power plants, thereby supporting a diverse and independent energy grid for Ohio.

Belz countered that HB 6 also gutted the state’s clean-energy programs, which she contended is a move in the wrong direction.

“If we were the kind of state that looked out for all of our consumers throughout the state – in this case, electric customers,” said Belz, “we would not be passing bills like HB 6 and having such a difficult time repealing them.”

HB 6 passed by one vote and was swiftly signed by Gov. Mike DeWine. However, DeWine recently said the legislation should be repealed and replaced with a similar policy created with transparency.

This story is republished with permission from Public News Service and was produced in association with Media in the Public Interest and funded in part by the George Gund Foundation.