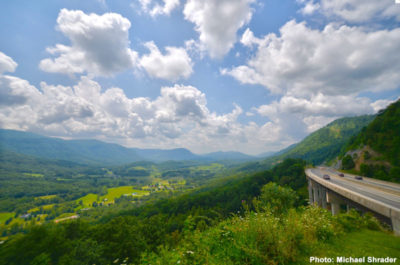 The Virginia General Assembly enacted monumental energy legislation this session, with implications reaching every corner of the state and every aspect of the energy industry. In the commonwealth’s historic energy powerhouse of Southwest Virginia, the legislation paints an especially interesting picture as the state moves away from the fossil-fuels that defined the region for more than a century, and launches new energy industries for its communities.

For years, Southwest Virginia has been working to bring solar energy jobs to the coalfields, led by the Solar Workgroup of Southwest Virginia. Solar has struggled to take off here, stymied by policy inequities and regulatory barriers unique to the region, where customers have not had the same access to solar and energy efficiency programs as in other parts of the state. Now, the picture has changed.

One of the most consequential bills this year was the Virginia Clean Economy Act (VCEA), led by Delegate Rip Sullivan and Senator Jennifer McClellan, with stakeholders on all sides criticizing the bill for being too aggressive, or not aggressive enough, in combating the climate crisis. In Southwest Virginia, the bill gained attention for its initial proposal to shutter the Virginia City Hybrid Energy Center coal-and-biomass-fired plant in Wise County by 2030 — a proposal that was eventually dropped, but would have removed an important source of jobs and tax revenue for the region. While the VCEA is a leap forward in moving the state beyond fossil fuels, it does not address the impending transition for local economies that will have the hardest time transitioning to a new energy economy.

Beyond the VCEA, solar advocates successfully advanced several other bills to give all customers fair access solar energy statewide. A new solar market is now open in Southwest Virginia, providing an opening for what can come next for the coalfields. Here’s a look at what these new laws do for the energy industry in Southwest Virginia.

Notably, the VCEA on its own doesn’t get Virginia all the way to 100% clean energy. In actuality, the bill requires Appalachian Power and Dominion Energy, the state’s two largest investor-owned utilities, to provide 100% of their electricity from renewables by 2050 and 2045, respectively. The two utilities serve approximately 80% of Virginia customers — the rest are served by electric cooperatives, municipal utilities and Old Dominion Power, the investor-owned utility serving 30,000 customers in the coalfields. So some families and businesses in Southwest Virginia will be left behind in the clean-energy transition. 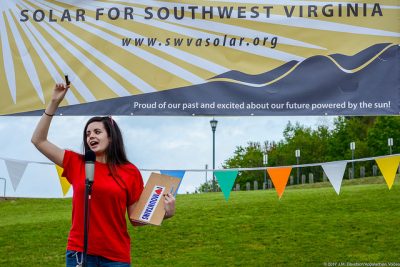 However, the requirements for Appalachian Power and Dominion Energy could mean more renewable projects are developed in the coalfields. Both utilities can procure their renewable energy from outside of their service territory, as long as it’s in Virginia. To meet the VCEA’s requirements, the utilities will annually seek bids for solar and wind projects, meaning developers interested in building projects in Southwest Virginia could participate.

Furthermore, Dominion specifically must get 16,100 megawatts (MW) of solar and wind energy by 2035, and 200 MW of that must be placed on “previously developed project sites,” including former mine sites, former retail, commercial or industrial sites, parking lots, landfills or other brownfields. With strong interest in developing abandoned coal mine sites for solar energy in recent years, Dominion’s mandate under the VCEA provides a welcome level of market certainty for developers. 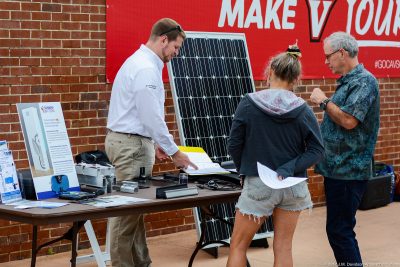 For both utilities, the net metering cap is increased from 1% to 6%, providing relief for the solar industry that was ready to hit the 1% cap. For the first time ever, businesses, government and nonprofit customers of Old Dominion Power territory can take advantage of PPAs — Appalachian Voices and the Solar Workgroup of Southwest Virginia have advocated for this change for years. PPAs will also now be available to business, nonprofit and government customers of Appalachian Power, which was previously limited to only nonprofit institutes of higher education and capped at 7 MW. Both utilities’ PPA programs are limited to 40 MW. Read more about why these policy changes are so important for solar development.

Public school and local government customers of Appalachian Power still face barriers to distributed solar due to restrictive terms in the contracts for electricity service between the utility and these public entities. Appalachian Power’s contracts currently prohibit PPAs, and set a 3 MW cap for net metering in total across all of these public entities. The contracts are being renegotiated in 2020 and these caps will be reconsidered as part of that negotiation.

The VCEA includes a Renewable Portfolio Standard which requires that 1% of Dominion’s clean energy comes from solar and wind systems of 1 MW or less, which means developers will have a financial incentive to build smaller, distributed projects. Again, Dominion can procure the energy from outside of its territory, as long as the generation systems are in-state. So Southwest Virginians may be able to take advantage of the new programs for these smaller-scale resources as well.

Thanks to the Solar Freedom legislation, multi-family residents of Old Dominion Power will now have access to a community solar program, though other types of customers served by this utility will not. Community solar is a crucial tool for expanding access to solar, allowing people who don’t own their home or building, have a shaded building, or who don’t plan to reside in the same place for a long time to “subscribe” to credits from a solar facility located elsewhere.

Additional legislation enacted this session will provide broader access to community solar for customers of Dominion Energy, but unfortunately, lobbyists for the Southwest Virginia utilities were successful in blocking most of their customers from being able to use community solar.

For the first time in Virginia, investor-owned utilities will be required to meet specific energy efficiency goals. By 2025, Appalachian Power and Old Dominion Power must each achieve at least 2% electricity savings (using 2019 as the baseline). The State Corporation Commission is charged with setting new targets after 2025.

At least 15% of the costs for these programs must go to help low-income, elderly or disabled individuals and veterans become more energy efficient. This requirement is especially important in Southwest Virginia where the energy burden for households is as high as 9.5% in some areas. Energy burden is the percentage amount of household income spent on electricity costs. Financial advisors agree that an average of 6% for an average household’s energy burden is affordable.

To help ensure grid stability and electricity reliability, the VCEA requires Appalachian Power to procure at least 400 MW of energy storage capacity within its service territory. Battery storage is a nascent industry that is expected to boom in the coming decades; this new requirement is promising for jobs and economic development in Appalachian Power’s territory and surrounding areas. Unfortunately, as with the Renewable Portfolio Standard, Old Dominion Power is exempt from this requirement. 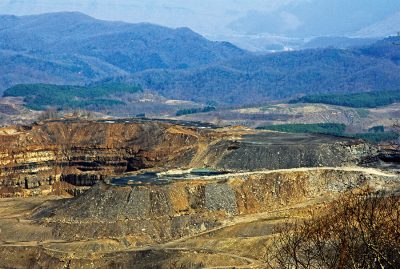 The VCEA does not require Dominion’s Wise County coal-and-biomass plant to close until December 31, 2045. According to the company, the plant generates about $6 million in annual property tax payments to Wise County and St. Paul, and $25 million annually for the local economy. However, the plant reportedly only operates at approximately 24% of its capacity, and isn’t expected to stay open through 2045 due to market conditions.

The law also requires closures of the Buchanan Generation LLC coalbed methane plant in Buchanan County, and the Clinch River natural gas plant in Russell County by December 31, 2045. The Clinch River plant, which employs approximately 30-40 people, was already slated to be retired in 2026 prior to the passage of the VCEA.

While these eventual closures will cut air pollution and potentially spur new types of energy jobs for local workers, tax revenue and jobs in Southwest Virginia will be impacted. Appalachian Voices is committed to helping communities transition as these jobs are lost.

A just transition for Southwest Virginia?

While the VCEA gives consideration to issues impacting disadvantaged and low-income communities in the energy efficiency programs noted above, it does not provide concrete transition support for communities whose economies are directly impacted. The law includes a broad statement that state agencies, when reviewing these new programs and policies, “shall consider whether and how those facilities and programs benefit local workers, historically economically disadvantaged communities… veterans, and individuals in the Virginia coalfield region that are located near previously and presently permitted fossil fuel facilities or coal mines.” The VCEA defines historically economically disadvantaged communities as having a majority of people of color or being a low-income geographic area.

Beyond this, the law requires that if Dominion or Appalachian Power are unable to meet the Renewable Portfolio Standard requirements, they must make a “deficiency payment” that funds job training and renewable energy programs in historically economically disadvantaged communities, energy efficiency measures for public facilities and administrative costs.

These are the only concrete programs in the bill created to help transitioning communities, but as far as concrete goes, it hasn’t quite cured. Because it is unknown how much the deficiency payment fund will be in any given year, and there are no details on how these programs would be developed and implemented, it wouldn’t be appropriate to call this provision a “transition plan.” It’s entirely possible that the fund never has enough money to implement a single program.

One delegate from outside Southwest Virginia at least made an attempt to help communities transition. HB 547 introduced by Delegate Karrie Delaney of Fairfax would have established the Virginia Energy and Economy Transition Council to develop plans to assist the commonwealth in transitioning from fossil fuels to renewables by 2050. The bill didn’t make it out of committee but was carried over to 2021. Though it didn’t include all of the necessary components of a just transition plan for fossil-fuel impacted communities, it started a conversation among legislators and advocates that will hopefully be continued into next session.

What’s next for the coalfields

Though Appalachian Power customers will be getting clean energy by 2050, all other Southwest Virginians will continue to get their electricity from fossil-fuel resources unless legislators set requirements for the other utilities in the region — or unless they go solar on their own.

With all of the changes for customer-sited solar, it can now be said that Southwest Virginia is officially open for solar business. The Solar Workgroup of Southwest Virginia has responded by releasing a Request for Information as it seeks to collaborate with solar industry players to take advantage of the new market opportunities.

As a society, we have enjoyed the benefits of the fossil fuel economy for decades in the form of cheaper electricity that failed to reflect the true cost of that energy source, at the cost of the health and safety of the people who live in these impacted communities. We know that we must act on climate, but other than these new opportunities for solar, the programs set out in the VCEA do little to help them. State leaders must do more to provide for a just transition in this region — as well as in communities with coal-fired plants and other areas economically tied to fossil fuels. Progress has been achieved, but there’s still important work to do to ensure Southwest Virginia communities enjoy a fair and just transition.