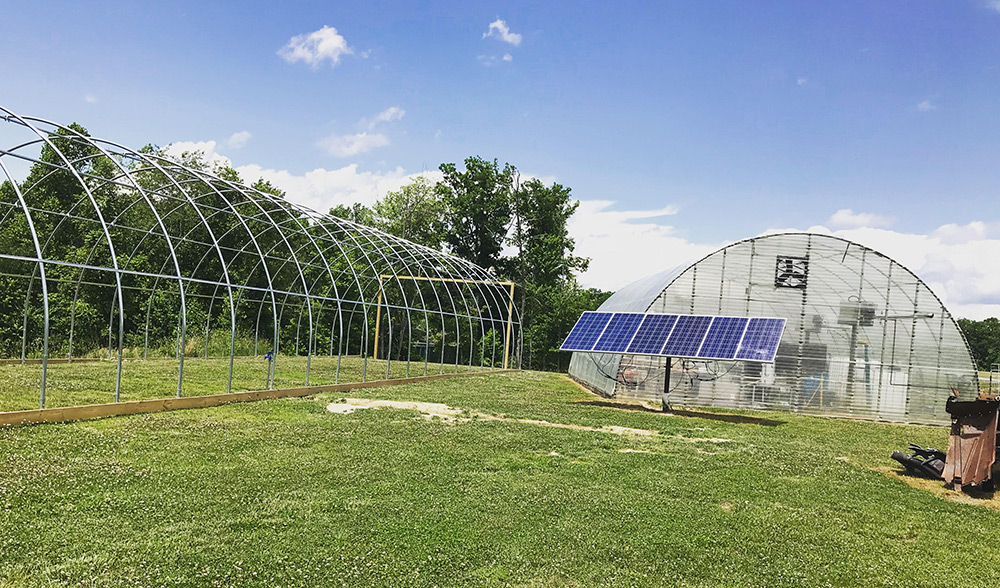 In August 2018, Virginia’s Middlesex County Public Schools flipped the switch on a 1-megawatt solar array to power its middle and elementary schools. A second solar array to power the system’s high school was completed this summer — making it the first school district in the country to be powered by 100 percent clean energy, according to solar installer Sun Tribe Solar. The installation is expected to save the school district roughly $4.74 million over 25 years.

The school system’s solar array was made possible through a power purchase agreement, where a third party investor working with an installer such as Sun Tribe Solar pays the upfront and maintenance costs for a solar array and then sells the power generated by the system to the customer at a lower rate than a utility would charge. This saves the school money on their utility bills and allows the solar developer to recoup the costs of the array over time.

Attorney Hannah Coman with the Southern Environmental Law Center, a nonprofit law firm, states that solar is an especially great opportunity for schools to lower their utility costs.

“During the summertime, when a school isn’t using its lights and it’s empty, it’s actually generating electricity and putting it onto the grid and getting compensated for it — and that rolls over onto the bills during the school year,” says Coman. 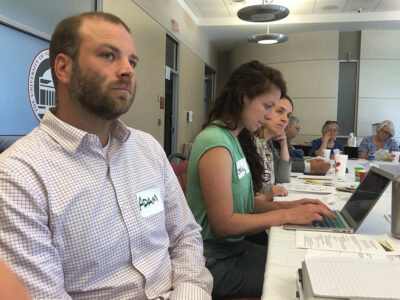 For schools and municipalities in Appalachian Power’s Virginia service area, however, a rule buried in the monopoly utility’s contract with government entities like towns and schools is making it difficult to install solar panels. The rule is contained in the net metering service rider within the public entities’ electricity tariff and contains two main obstacles to solar development, according to Coman.

First, the rule specifies that the public ratepayers in Appalachian Power territory must both “own and operate” the solar array. This takes power purchase agreements out of the equation and requires that all solar installation costs be paid upfront or with a loan, which typically requires a significant down payment and a higher interest rate. This blocks these schools and governments from taking part in agreements like the one between Middlesex County Public Schools and Sun Tribe Solar, which other utilities allow elsewhere in Virginia.

Second, the Appalachian Power rule limits an arrangement called net metering that allows those with solar panels connected to the grid to sell excess power they generate back to utilities to save on electric costs. Net metering users can also draw energy from the grid if they do not generate enough power. The total capacity of net metering allowed for all public facilities in the service area is 3 megawatts.

In contrast, the net metering cap for non-government entities such as residences and businesses in Appalachian Power’s Virginia service area and in the rest of the state is roughly 40 megawatts. This is calculated by taking 1 percent of the previous year’s peak electricity usage.

In its Tennessee service area, Appalachian Power allows power purchase agreements, and the net metering cap for schools and other public entities is more generous and is calculated using 1 percent of the previous year’s electricity demand. In West Virginia, state statute does not allow power purchase agreements for ratepayers of any utility. The utility’s net metering cap for the state is set at 3 percent of the previous year’s electricity demand.

Public projects in Roanoke, Va., have also been affected by the utility’s solar tariff.

“It inhibits the growth of solar in our community,” says Nell Boyle, Roanoke’s sustainability outreach coordinator. “We’ve looked in the past at a couple of bigger projects, and we still are and certainly would like the option to do some net metering. It’s kind of a disappointment that when you go to have that discussion, there are certain buildings that can do that and certain ones that cannot.”

The tariff is renegotiated every three years and is set to expire at some point in 2020. A steering committee made up of representatives from the different municipalities in Appalachian Power’s service area is expected to renegotiate the contract before it expires. Coman states that each town has the option not to sign the contract, but that “everybody does in practice because nobody wants to go out on their own and try to negotiate with Appalachian Power.”

According to Coman, the contract is privately negotiated between the municipalities and the utility, and no records of the negotiations are on file with the State Corporation Commission, the Virginia institution charged with regulating the utilities. 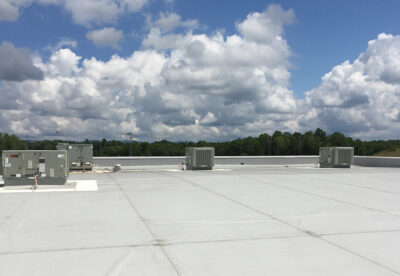 At the end of 2018, solar developer RockBridge Energy was ready to start construction on an array that would completely power Ridgeview High School in Dickenson County, Va. Negotiations for the project were facilitated by the Solar Workgroup of Southwest Virginia, a collaboration between colleges, state agencies and nonprofit and community action groups including Appalachian Voices, the publisher of this newspaper.

But since Appalachian Power does not allow power purchase agreements for public K-12 schools, Ridgeview has been unable to move forward on the project.

“We knew initially when we went through the [request for proposal] process that the funding would be an issue because we’re in a community where we have limited funds, and we have to be very thoughtful about the spending of those funds,” says Denechia Edwards, director of career and technical education at Ridgeview High, which is in an economically distressed county.

“Without using third party financiers, I’m not sure how the project is going to move forward,” she adds.

To make matters worse, a federal tax credit on 30 percent of the cost of solar systems declines to 26 percent at the end of 2019. This means that if construction does not begin or if a minimum investment threshold is not met by the end of the year, costs would be higher for RockBridge and contract rates for Ridgeview along with it. 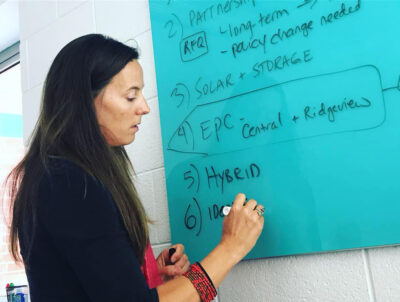 According to Dan Hunnicutt with RockBridge Energy, everything in Appalachian Power territory is subject to the solar tariff — a problem that the company has not encountered with Dominion Energy, Virginia’s other dominant utility. He states that Appalachian Power is concerned that if it offered more net metering and allowed power purchase agreements, customers who do not use solar would be subsidizing those who do.

A spokesperson for the utility stated that they are unable to comment on the matter since the contract is under negotiation.

“Appalachian Power has expressed an interest in addressing this issue, but obviously their terms are going to be different than what we’re looking for,” says Hunnicutt. He states that they are currently working on a near-term solution with the utility for Ridgeview High School.

“We anticipate that next year, [local governments and schools] will be much more assertive with Appalachian Power in providing power purchase agreements and net metering to their clients,” says Hunnicutt.

Denechia Edwards hopes the Ridgeview project can get back on track soon, explaining that the solar array would save the school at least $10,000 annually on utility bills.

Nell Boyle with the City of Roanoke states that the city plans to have a seat at the table for renegotiating the terms of the solar tariff, and that they hope to raise awareness of the issue in the months before.

“When you use your voice as a community advocate and talk to your representatives and the people that can really influence some of this legislation, I think that’s really where the power is,” says Boyle. “Write your senator, representative, delegate, whoever it is that you can get their ear.”

For updates about how Appalachian Voices and the Solar Workgroup of Southwest Virginia are working to expand solar access in Appalachian Power’s Virginia territory and for ways to get involved, visit swvasolar.org/take-action.